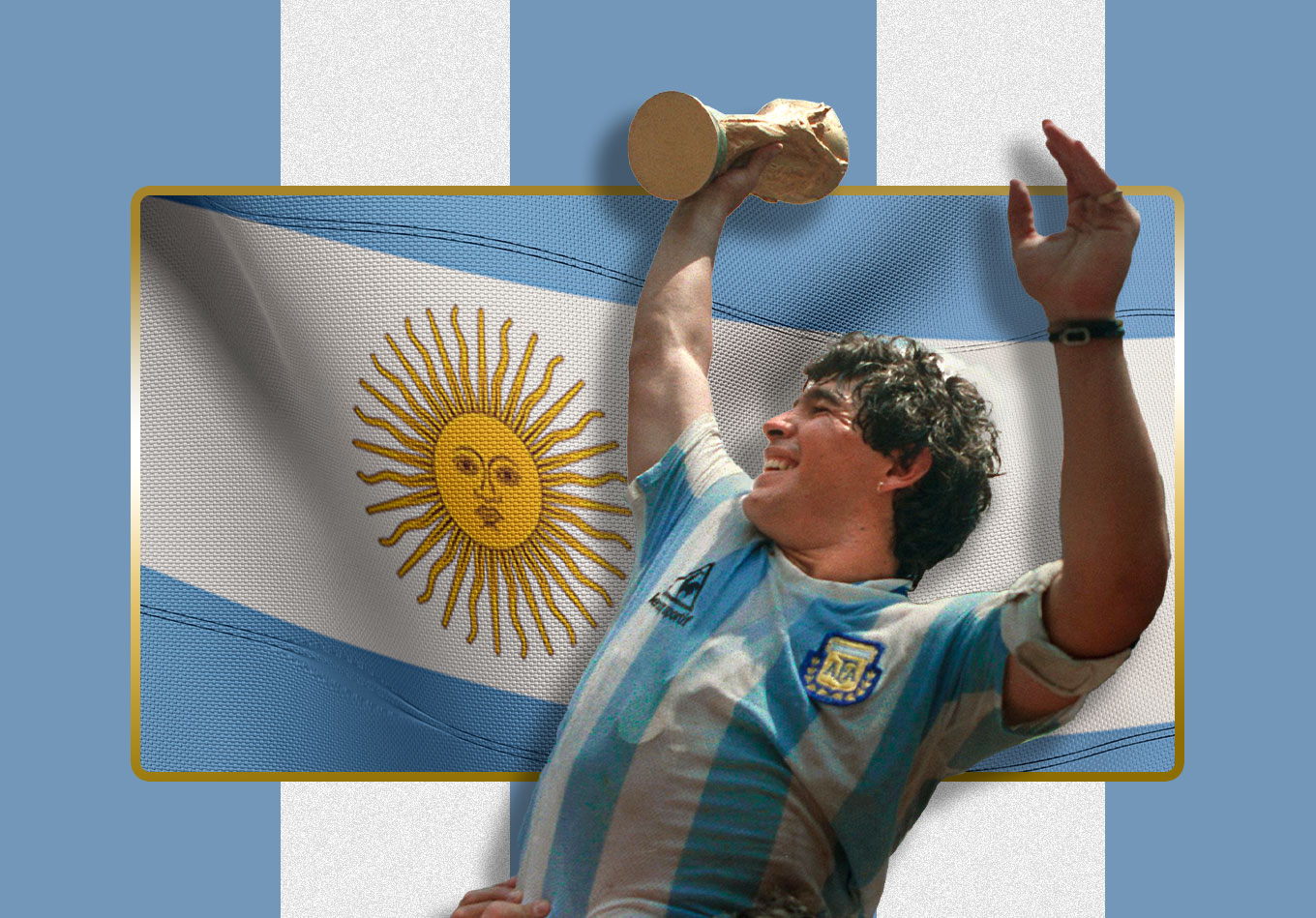 A year ago today, the world lost a footballing legend in Diego Maradona. The Analyst looks back at his exploits across four World Cup campaigns, including the talismanic performances which inspired his country to glory at Mexico ‘86.

Maradona’s brilliance with the ball at his feet was undisputed. His on-field exploits have resulted in him being idolised by his countrymen as well as in Napoli, where his iconic number 10 shirt has been retired in recognition of the role he played in securing the club’s two Serie A titles and the 1989 UEFA Cup.

In his homeland, he will always be remembered as the man who inspired his country to World Cup success in 1986, which remains the last time Argentina lifted the famous World Cup Trophy. Watch a Maradona data-dive video here, and then carry on reading below:

Over the course of his career, Maradona appeared in four successive World Cups and holds the record for the most number of appearances in the competition by an Argentinean player (21).

We’ve delved into the archive to see how Maradona’s World Cup record compares to that of other players in the modern era, as well as looking at quantifying his influence on his country’s triumph at Mexico ’86.

Across all World Cups staged since 1966, no other player has accumulated as many assists as Maradona’s total of eight. Until the 2018 edition, he also held the record for the most dribbles (105) in World Cup matches, a number which has since been eclipsed by his compatriot Lionel Messi (110).

Only Batistuta (10) has scored more World Cup goals for Argentina than Maradona, who ranks fifth overall for World Cup goal involvements across all countries (16).

Maradona’s quick feet and direct threat running with the ball caused considerable problems for opposition defenders, which resulted in him winning 152 free kicks across his four World Cups. That is more than twice as many fouls won by any other player, with Brazil’s Jairzinho ranking second with 64.

On average Maradona won more than seven fouls per game, or one foul every 12 minutes and 46 seconds. He was the most fouled player across three consecutive competitions, with this total from 1986 remaining the highest single figure from one World Cup.

As well as being the most fouled player, Maradona has also provoked more cards than any other player at World Cups since yellow and red cards were first introduced in 1970. However as well as forcing his opponents to pick up bookings, Maradona was also prone to picking up cautions himself – he remains the only player to be booked in two separate World Cup finals (1986 and 1990).

Maradona’s influence on his country’s World Cup success in 1986 cannot be overstated – of Argentina’s 14 tournament goals, he either scored or assisted ten of them. He remains to this day the only player in the history of the World Cup to score and assist at least five times during a single edition of the competition.

In total he was involved in more than half of all Argentina’s shots in 1986 (57/101), being responsible for 30 goal attempts and creating a further 27 chances for his teammates. The only game where he failed to score or assist at least one goal was in the round of 16 match against Uruguay, but even then he still managed to hit the woodwork from a stunning direct free kick.

During Argentina’s campaign, Maradona also set another record for the most dribbles completed at a single World Cup, 53, a record which still stands to this day. Four of those dribbles occurred in the build-up play leading to his second goal in the famous quarter-final win against England, dubbed ‘Goal of the Century’, where he travelled 51 metres with the ball before scoring.

As well as showing his individual brilliance on the field that day, that game is also remembered for his ‘Hand of God’ moment four minutes earlier, when he opened the scoring with his hand after embarking on an aerial duel with England ‘keeper Peter Shilton. Although he escaped punishment that day, it is worth noting that he was penalised for handball on seven occasions during World Cup matches, more than any other player since 1966.

The stats from that match with England sum up Maradona’s overall impact on Mexico ‘86. He attempted the most shots of any player on the pitch (seven), as well as recording the most shots on target (three), creating the most chances (five) and completing the most dribbles (12), as well as winning seven fouls. He then went on to surpass his total shot involvements from that game (12 – seven attempts and five chances created), in the semi-final against Belgium, where he posted seven shots and created six chances.

Turning It On, On The Biggest Stage

As of today, Maradona sits fifth in Argentina’s list of all-time scorers (33), as well as being his country’s tenth most capped player, with 90 senior appearances.

Nearly one in four of those 90 matches occurred during World Cups, where he enjoyed a win record in excess of 50%.

Across all of the competitions that he featured in, he came up against Brazil on six occasions, but he ended up being on the losing side three times. However, when it came to facing Argentina’s South American rivals on the biggest stage, in the last 16 of the 1990 World Cup, he again proved his ability to inspire his team. Despite suffering with a swollen ankle, with seven minutes remaining he carved through the Brazilian side, evading several challenges, before playing in Claudio Caniggia who went on to score the only goal of the game.

That moment of brilliance only reinforces how Maradona possessed the ability to find another level at key times in the moments that mattered, just as he did in 1986 where his match-winning performances elevated him to the pantheon of World Cup greats.