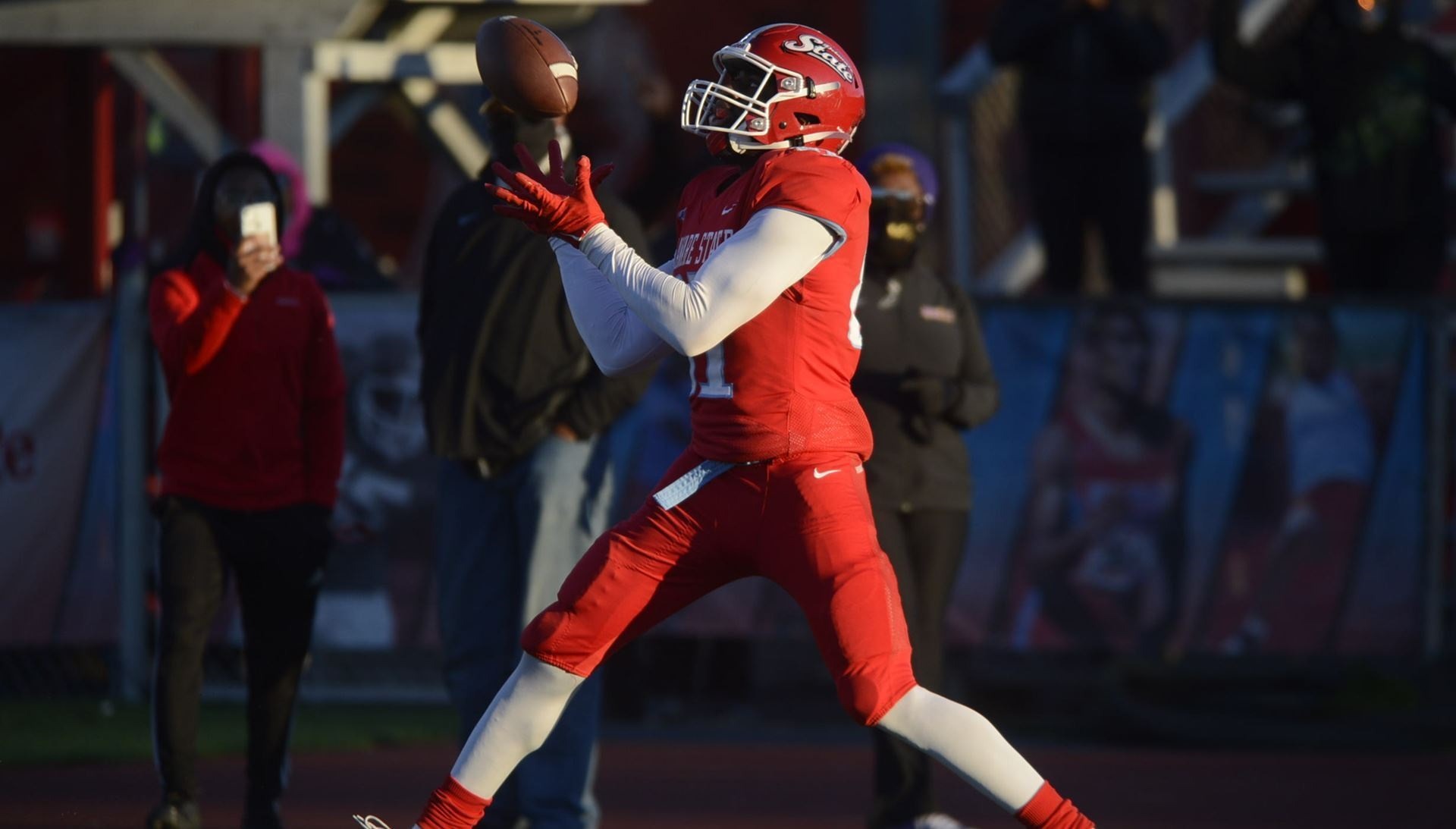 Chisholm racked up 334 all-purpose yards – the second-most in an FCS game this season – and matched the school record with five touchdowns in Dayton’s 38-29, season-ending win over Davidson, which prevented the Wildcats from clinching the Pioneer Football League title. Chisholm carried the ball 34 times for 226 yards, including a career-long 73-yard TD run. He had 46 receiving and 62 kick return yards.

Hauck posted a game-high 14 tackles for his third straight and 19th career game in double figures as Montana defeated Northern Arizona 30-3 in the Big Sky, which extended the Grizzlies’ run of not allowing a touchdown to 10 straight quarters. Seven of Hauck’s stops were solos, including a seven-yard strip sack that was recovered by a teammate and returned for a touchdown.

In earning his second weekly award this season, Ratke set a CAA record with six field goals in James Madison’s 32-22 win at William & Mary. While doing so, he surpassed the NCAA all-division records for career field goals (100) and points by a kicker (517). He’s converted 28 of 30 field goal attempts, one make shy of the FCS single-season record.

Williams accounted for 296 yards of total offense and two touchdowns and directed four scoring drives that averaged 70 yards while Murray State beat Southeast Missouri 28-10 to end the Redhawks’ bid to win the Ohio Valley Conference title. He completed 10 of 17 attempts for 175 yards with a career-long 73-yard pass, and rushed for a career-high 121 yards, including a personal-best 58-yarder, and two TDs.

D-State overcame a 26-0 deficit in the final 24 minutes for the second-largest comeback win in program history, while also ending Norfolk State’s bid to win the MEAC title. The Hornets went ahead for the first time on Jared Lewis’ 30-yard touchdown pass to Trey Gross on fourth-and-five with 1:53 left. Wade Inge also had two TD receptions in the rally. Coach Rod Milstead was the starting left guard on the 1990 DSU team that posted the program’s largest comeback win – from 28 points down to 38-37 over Liberty. The Hornets (5-5) have their highest win total since 2013.