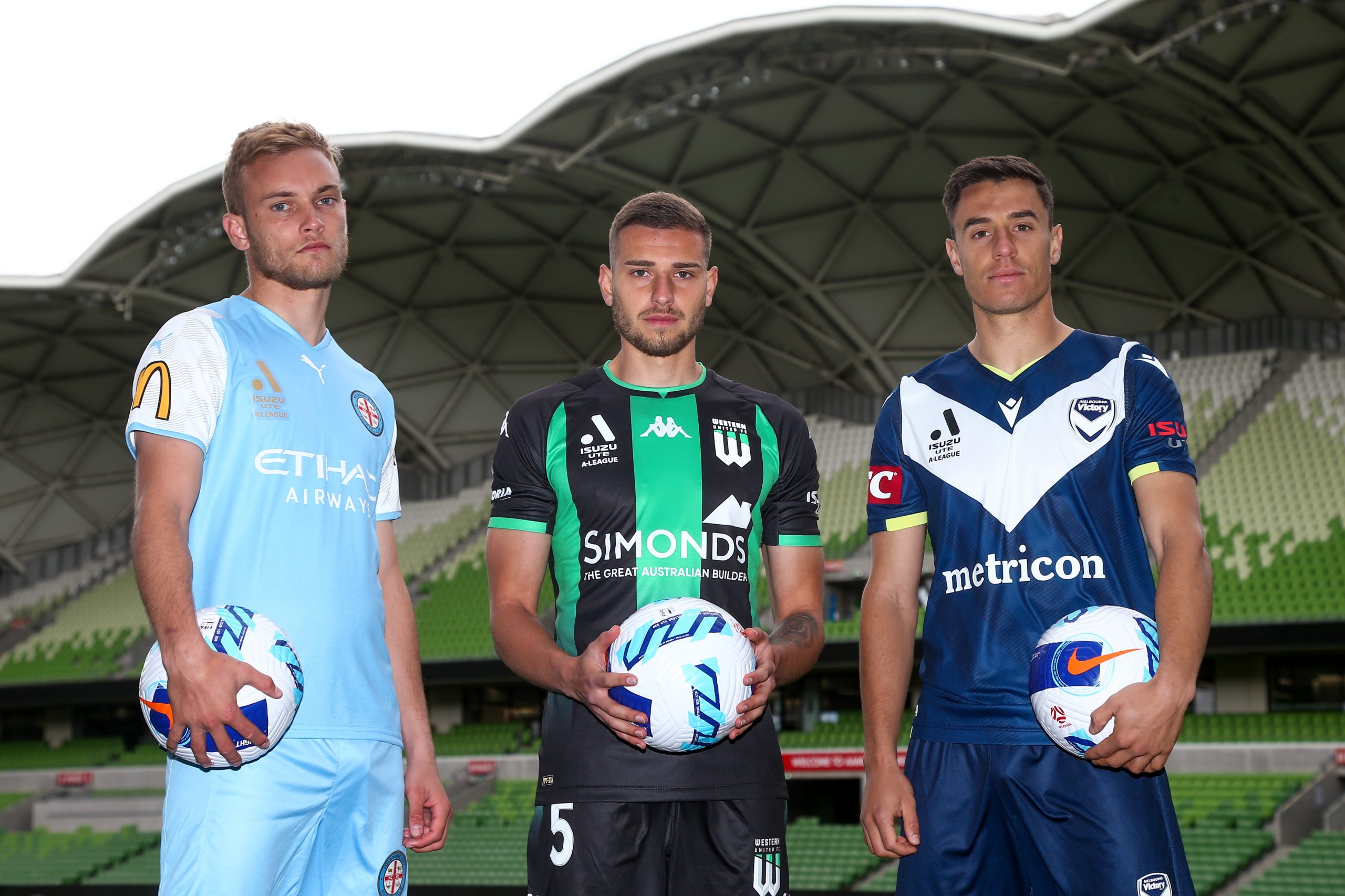 It’s a season of new horizons ahead for the Australian A-Leagues in 2021-22, with the 16th edition of the men’s competition set to kick off a new era in the story of Australian domestic football. Our Australian Data Editorial team take a look at what’s in store for a bumper season down under.

A round of derbies and rivalries will kick things off in the 2021-22 edition of the A-League Men with the competition beginning with the reigning champions and premiership winners Melbourne City FC hosting Brisbane Roar FC on Friday night. The hosts were simply dominant in the 2020-21 edition of the competition as they shot to the top of the regular season table and stayed there despite a late charge from Sydney FC, before logging a historic 3-1 win over the Sky Blues in the Grand Final to lift the coveted A-League Men trophy for the first time.

The first instalment of Stats Perform’s Live Win Predictor in 2021-22, an output available in PressBox, sees Melbourne City FC’s dominant season rewarded with the highest win probability (51.9%) of any of the 12 teams in the opening round of the competition.

Golden Boot winner Jamie Maclaren had a season to remember in 2020-21 and a game against his former club to start this year will be all the preamble needed to set the stage for an explosive kick-off. He broke records last year, scoring 25 goals in the regular season to become the first player to score 20+ goals in multiple regular seasons.

Shot volume was crucial for Maclaran, who finished with a total of 114 shots – the most recorded by any player since at least the beginning of the 2012-13 season. If Melbourne City FC can feed the Maclaren cannon again in 2021-22 then many teams may find themselves struggling to keep pace with the goalscoring machine.

Sydney FC lost little of the sheen they had earned from back-to-back championships last season despite falling at the final hurdle and the lack of any significant upheaval in the squad for the 2021-22 campaign means they are again likely to be vying for success come the season’s conclusion.

The Live Win Predictor gives Sydney FC a nearly 50% chance to get one up in the first edition of the Sydney derby in 2021-22 and a less than one-in-four chance of a loss.

The Sky Blues were on the money with their shooting chances last season. Their shooting accuracy of 51% in the regular season was higher than any other team in 2020-21, and the only team that managed to land over one-in-two of their shots on target.

Sydney FC finished the regular season with 54.1 expected goals, the second-highest in the league behind Melbourne City FC. While their healthy xG total indicates they generated some of the best quality scoring chances of any team in the competition, they lacked some polish – or luck – when it came to scoring from those chances. They fell 15 goals short of their xG tally for the regular season which was by far the largest gap of any team.

It would only take one or two of their attacking weapons synonymous with the club’s success in the last several campaigns in Adam Le Fondre, Milos Ninkovic, Kosta Barbarouses, Bobô, or perhaps a new talent like Max Burgess or Elvis Kamsoba to kick-start Sydney FC’s revival back to A-League Men glory.

The remaining games on the opening slate present a rosier scenario for both teams on the day, but we see potential success in the predictions for the Newcastle Jets (46% win probability) and Western United FC (40%) who – despite enduring their own struggles last season – have the next highest chance to begin their championship campaign with a win in Matchweek 1. Both teams showed glimpses of potential last year but failed to make the postseason.

From The Ground Up

The two most successful teams of the last few A-League Men campaigns – Sydney FC and Melbourne City FC – have succeeded through meticulous and unrelenting cohesion throughout the pitch. Maintained, controlled possession is integral to creating chances for their marquee strikers. They do differ slightly in their approach, however.

Both Melbourne City FC and Sydney FC look to monopolise possession and averaged the second and third most passes per sequence last campaign. But while Melbourne progressed the ball up the pitch slowly, Sydney instead looked to be more direct when the opportunity arose.

A note here on Macarthur FC, who managed to outrank both the Sky Blues and City in terms of passes per sequence, despite participating in their first-ever competition. We typically see the most dominant teams in the competitions around Europe in that ‘slow and intricate’ quadrant, so that bodes well for the newcomers. Should the Bulls manage to find the link between their premier passing network and an attacking unit that can convert at a high rate, they would spell danger to the sky-blue dynasty that has surrounded the competition the last three seasons.

It’s a system that both Sydney FC (45) and Melbourne City FC (38) have down to a tee with both clubs leading the league in shots taken after build ups of 10 passes or more last regular season. The Bulls managed just 33 such shots of which just two found the back of the net.

One of the peculiarities of the 2020-21 A-League regular season was that – despite the league boasting a plethora of attacking stars – goalkeepers were the most effective they’ve been at stopping goals in several years. In fact, all goalkeepers combined to prevent 32 goals in the last A-League men regular season (457 goals conceded, 489 expected goals on target conceded) which made it the first season since 2016-17 (409 goals, 413 xGOT) that the group as a whole conceded fewer goals than our model would have expected them to do.

Former Socceroo Adam Federici didn’t miss a beat in his first and only season in the A-League Men, leading the competition with 14 goals prevented in the 2020-21 campaign – six more than any other goalkeeper in the competition. Competition stalwarts Liam Reddy (eight goals prevented) and Andrew Redmayne (also eight) rounded out the podium but it’s comparative youngster Oliver Sail of the Wellington Phoenix for whom the strong performance last season spells progress and future success in the seasons to come.

Sail’s 4.4 saves per game were the second-most of any goalkeeper to play more than a single game in the 2020-21 A-League Men regular season and the Wellington Phoenix stopper still managed to prevent over seven goals across the season. The Phoenix’s impending return to New Zealand and a full season under his belt in the competition make Oliver Sail the most exciting goalkeeper in the competition to watch in 2021-22.