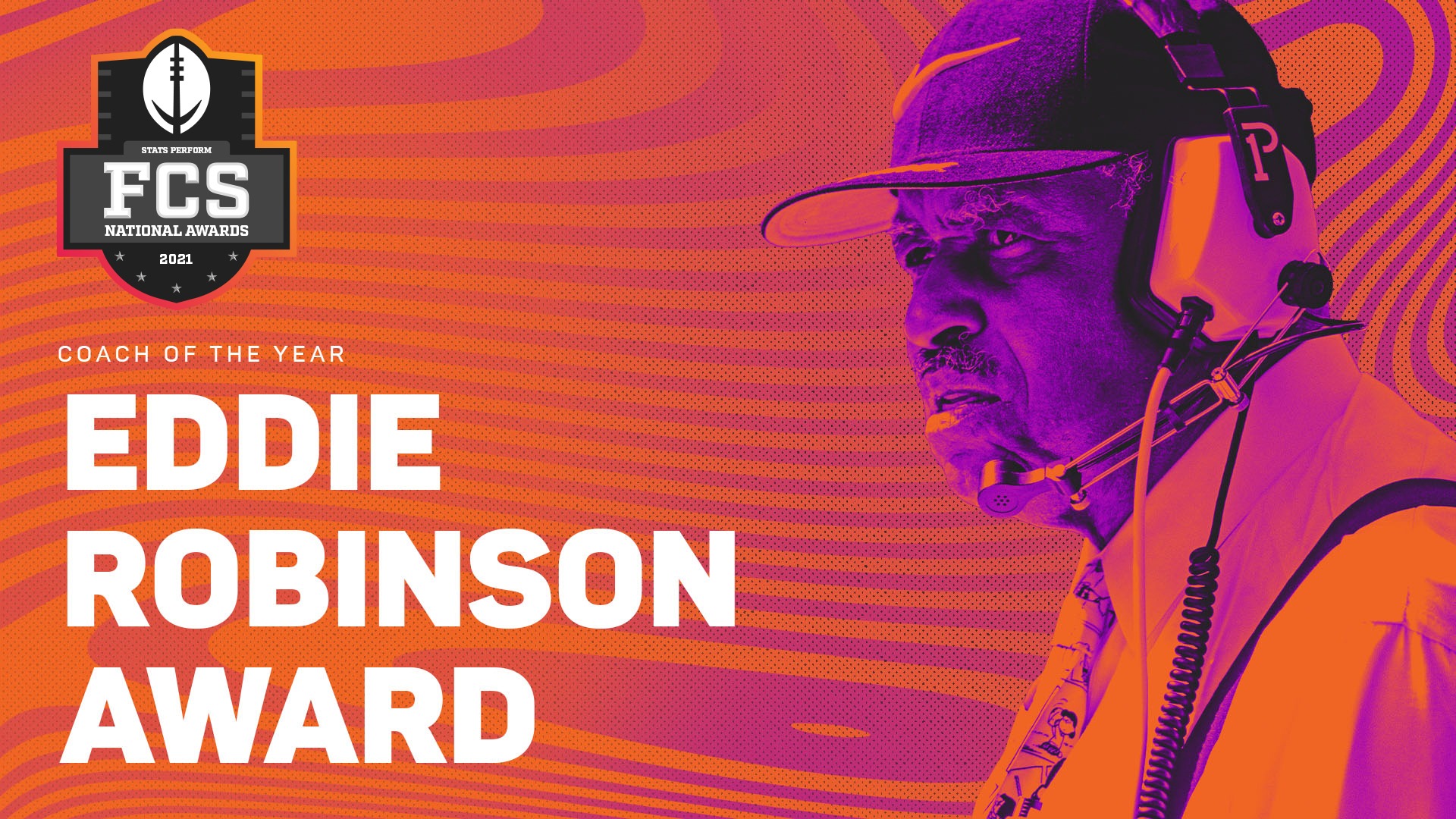 Seventeen finalists were announced on Monday for the 2021 Stats Perform FCS Eddie Robinson Award, which is presented to the national coach of the year in college football’s Division I subdivision.

Named for the legendary coach of Grambling State and first presented in 1987, the Robinson Award is celebrating its 35th anniversary season. A 50-member, national media panel will select the winner, who will be announced on Dec. 14.

Team Record: 6-5, 5-0; Notable: After MEAC sweep, Bulldogs to play in Celebration Bowl for the first time