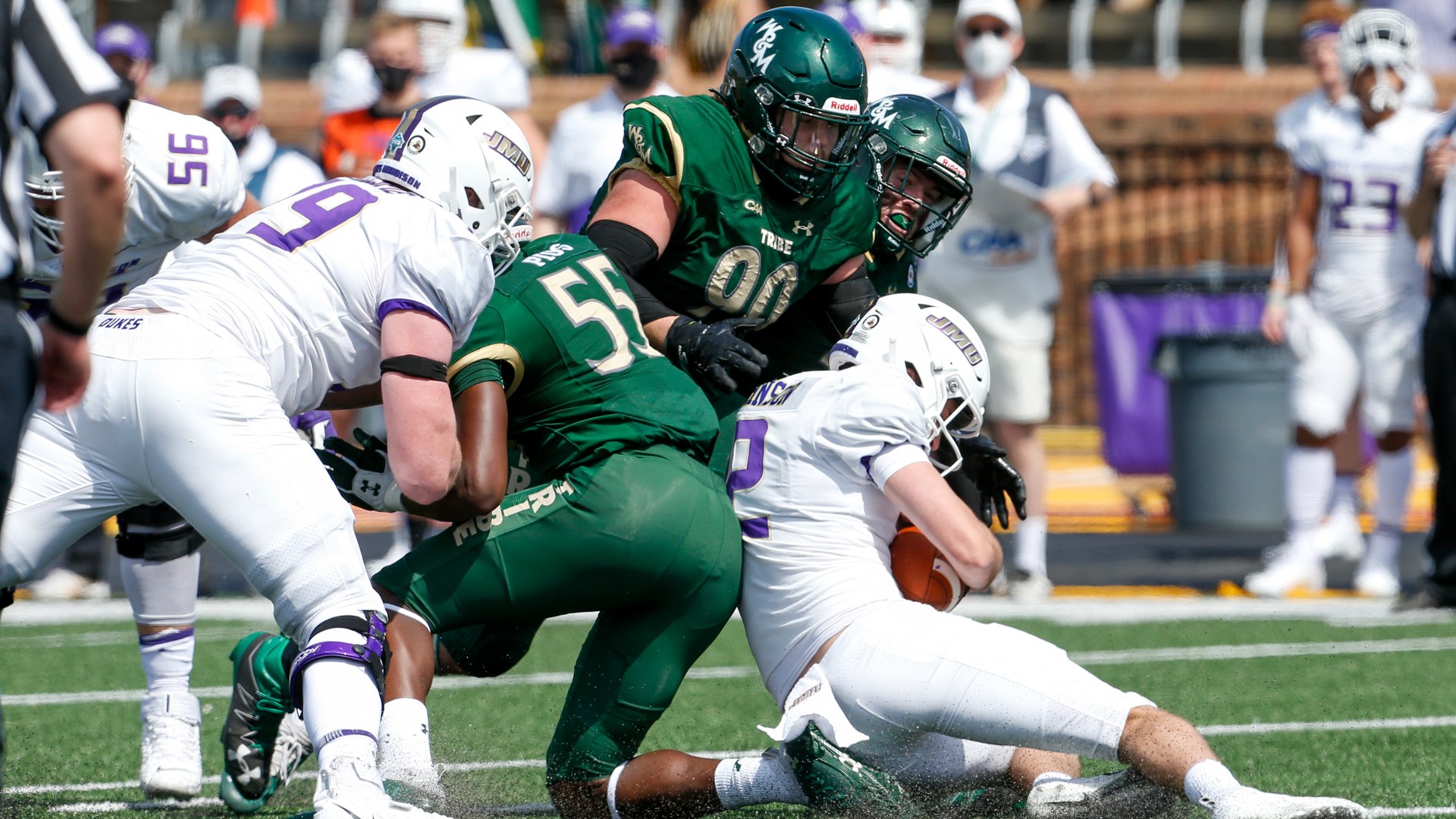 The postseason is within grasp of FCS college football and on Saturday, a conference title or more and likely some postseason bids will be earned during a packed schedule of games.

Last weekend’s action was outstanding, and the potential is there for more jaw-dropping results.

The 10 impactful conference games below highlight the action (times are EST). Enjoy of all the exciting matchups.

The winner will clinch a share of the Patriot League title. Holy Cross would earn the automatic playoff bid for the third straight season, while Fordham also needs a loss by third-place Colgate against Lafayette. Fordham’s Tim DeMorat has passed for 1,059 yards in three career games against Holy Cross, but each is a loss. Crusaders running back Peter Oliver and quarterback Matthew Sluka rank 1-2 in the league in rushing yards and will attack a Rams defense that has allowed 24 TDs on the ground.

The second most-played FCS rivalry turns 143, with Yale leading 78-54-10, but, perhaps more importantly, first place in the Ivy League is on the line (Dartmouth also is 4-1). Yale QB Nolan Grooms has won his first three career starts, accounting for 1,076 yards of total offense and nine TDs with a 185.4 pass efficiency rating. Princeton’s Collin Eaddy rushed for a career-best 266 yards in a 2018 win over the Bulldogs. Note the Ivy League is the only FCS conference that doesn’t advance to a postseason.

Sam Houston has blown past the college football record for wins in a calendar year, and adding its 19th this year would yield the first and likely only title in AQ7 history. Ramon Jefferson ranks fifth in the FCS in rushing yards per carry (7.5) and his team-high eight touchdowns have helped the defending FCS champion to the nation’s best point differential (plus-211). EKU cornerback Davion Ross has three pick-sixes, helping the Colonels to the most interception return yards (339) and TDs (four) in the FCS.

The host Coyotes ended a 10-game losing streak in the Showdown Series by winning the most recent meeting in 2019. Linebacker Jack Cochrane, who’s two tackles shy of 300 in his career, headlines a defense that ranks 10th in the FCS against the run, which takes on added importance against SDSU’s three-time 1,000-yard rusher Pierre Strong Jr., who leads the nation in rushing yards per game (126.9; see FCS Stats Zone). Sophomore Tucker Kraft has given the Jackrabbits an extra weapon with a team-high 45 catches – also the most for an FCS tight end.

Mercer is seeking its first-ever playoff bid and may be glad it had a bye week to prepare for this first-place showdown in the SoCon (ETSU also is 5-1 in league) because Chattanooga has allowed only 10.5 points per game during a four-game winning streak. The line of scrimmage is the key spot on the field: UTC’s Ailym Ford is nearing 1,000 yards while ranking second in the conference in rushing average (104.9), and Mercer’s Fred Davis is third, but tied for first with 12 touchdowns.

Missouri State is sitting in second place in the Missouri Valley Conference and seeking the seven-win mark for the first time since 1996, while battle-tested UNI may be playing for its playoff life. Utah State transfer Jason Shelley has already set the host Bears’ single-season total offense record (2,806) despite being the second-most sacked quarterback (38) in the FCS. UNI’s NFL prospect Isaiah Weston is averaging an FCS-high 25.4 yards on his 29 receptions.

JMU is traveling to Williamsburg, Virginia, for the third straight season, and the last two visits have resulted in 38-10 wins. Dukes wide receiver Kris Thornton is coming off a school-record four touchdown receptions against Campbell and combines with Antwane Wells Jr. to form one of just two FCS duos to both have 700+ receiving yards (also Central Arkansas).  Ethan Ratke has 94 field goals and 497 kicking points in his career, two shy of matching the all-time NCAA all-divisions high in both categories. Tribe defensive end Nate Lynn has 10.5 sacks and is tied for second nationally with five forced fumbles.

Taylor Grimes set the UIW single-game record with four TD receptions from Cameron Ward when the Cardinals won the first of this season’s two meetings with Nicholls, 38-21 on Oct. 16. The Colonels, though, have since won three straight games with freshman Collin Guggenheim rushing for 406 yards and five TDs. In the teams’ spring meeting in Thibodaux, Louisiana, the Colonels scored TDs on their first nine drives while setting a program record for points in a Southland game (75).

Jackson State coach Deion Sanders has missed the last three games, but earlier this week was released from a hospital stay due to complications from foot surgery. His Tigers hope to celebrate with a seventh straight win, which would clinch the SWAC’s East Division title and a spot in the conference championship game. James Houston has forced an FCS-high six fumbles and combines with fellow linebackers Aubrey Miller Jr. and Keonte Hampton for 35.5 tackles for losses. Southern defensive end Jordan Lewis, the 2020-21 Buck Buchanan Award recipient, has been limited to six games by injuries.

EWU is 9-0 all-time against UC Davis, but has made a change at offensive coordinator after dropping back-to-back games while posting the Eagles’ lowest combined yardage total (748 yards) since opening 2017 against Texas Tech and North Dakota State. Despite those team struggles, QB Eric Barriere is still No. 2 in the FCS in passing yards per game (391.8) and third in TD passes (32). He will be tested by UC Davis cornerback Jordan Prettyman (12 passes defended) and a defense that has 13 interceptions.