The Data Day No. 6: Our Rolling MLB Postseason Blog | The Analyst 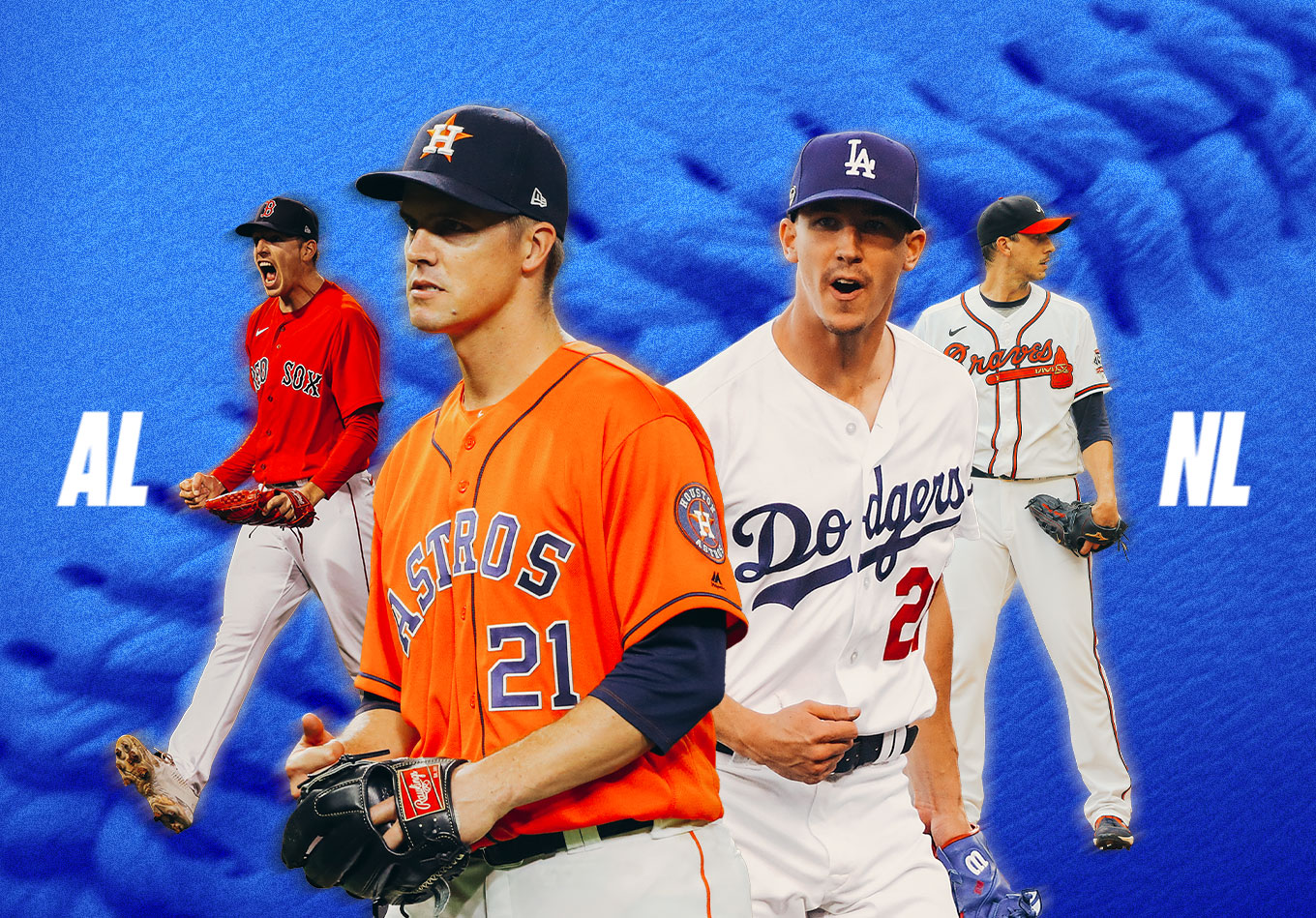 As we’ve done throughout the postseason, we’re using TVL data to examine the starting pitching matchups. Here’s what can be expected as Zack Greinke and Nick Pivetta make their first starts of the playoffs.

Zack Greinke is no stranger to big playoff games. In fact, only five active pitchers have logged more postseason innings than the veteran right-hander.

Greinke, however, has only made three starts since Aug. 29 after having to go on the COVID-19 list and then the injured list because of neck soreness. And those three outings did not go well. He allowed 14 earned runs and 12 hits – five home runs – over 11.1 innings.

Now, Greinke, who is two days shy of his 38th birthday, is tasked with trying to quiet the red-hot bats of the Boston Red Sox in his first start since Oct. 3 and help the Houston Astros even the American League Championship Series in tonight’s Game 4.

That won’t be easy considering Boston is hitting .333 with 18 home runs while averaging 8.5 runs over its last six games. Greinke has made one other appearance this postseason, allowing two hits in a scoreless inning of relief in a 12-6 loss to the Chicago White Sox in Game 3 of the AL Division Series.

In these late stages of his career, Greinke has become a primarily a four-pitch pitcher who relies on location and deception. That’s a necessity since his four-seam fastball has averaged 88.8 mph. Only Marco Gonzalez (88.4) and Rich Hill (88.0) threw it softer among those who threw the pitch at least 1,000 times.

To get ahead early in the count against left-handed batters, Greinke will either try to hit one of the four corners of the strike zone with four-seamer or drop the curve or changeup down and away for a strike. Against righties, 85.6% of his first pitches have been down and away with either the four-seamer (47.3%), slider (21.5%) or curveball (16.8%).

With two strikes, Greinke likes to either dive the changeup (41.7%) down and away from the left-hander to get a chase or throw a four-seamer (35.7%) just at or off the black – again down and away. Against righties, the intent is just as simple: offspeed (65.5% of the time) down below the strike zone or a fastball (34.5%) away off the plate.

Because of his lack of velocity, he’s one of the few guys still around who aren’t big on the high fastball with two strikes.

In his only start against Boston since 2016, Greinke allowed four runs and seven hits over three innings in a 12-8 loss at Fenway Park on June 10. J.D. Martinez homered off him in that contest and he’s 11 for 26 (.423) with three homers this postseason, while Kiké Hernandez has gone a ridiculous 18 of 36 with five homers in the playoffs.

Red Sox right-hander Nick Pivetta will get his first start of the postseason after serving as a long reliever in the ALDS. In two outings against the Tampa Bay Rays, he allowed a total of three runs while striking out 11 over 8.2 innings. During the regular season, he went 9-8 with a 4.56 ERA with 174 Ks over 154 innings in 30 outings as a starter.

No matter which side of the plate the batter is on, Pivetta will look to pinpoint his four-seamer or curve down and away to get ahead in the count.

With two strikes, things get a little bit more interesting. He’s going to either try to get a chase on the fastball up and out of the zone or dive a curve or slider across the bottom of the plate. Most of the time, the offspeed pitches are intended to run down and in against a lefty and down and away to a righty.

Pivetta pitched well in his only meeting with the Astros this season, allowing two runs and three hits while striking out nine over six innings in a 2-1 loss on June 2. Kyle Tucker had two hits – including a double in that contest, while Carlos Correa also doubled.

With one of their top pitchers on the mound back at Chavez Ravine, the Los Angeles Dodgers hope to take a step toward swinging the tide in the National League Championship Series.

Walker Buehler played a key role in the Dodgers’ rally from a 3-1 series deficit against the Atlanta Braves in last year’s NLCS. He scattered seven hits over six scoreless innings in a 3-1 home win that kept Los Angeles’ hopes alive in Game 6.

The hard-throwing right-hander then gave up just two runs and four hits over seven innings in a 3-2 victory over the Braves at Dodger Stadium on Aug. 31. He’s 3-0 with a 3.06 ERA in six career meetings – including three in the playoffs.

Down 2-0 in the series, the issue isn’t quite as pressing as last year’s Game 6 or this year’s NL Division Series Game 4 with the Dodgers down 2-1 in the series against the San Francisco Giants. Working on short rest, Buehler allowed one run and three hits over 4.1 innings in a 7-2 win that forced a decisive Game 5 back in the Bay Area.

As we’ve noted earlier, Buehler uses a large arsenal of pitches to get hitters out. Normally, he leans on the four-seam fastball (53.3%) and mixes in the curveball (13.5%), cutter (13.5%) and slider (9.5%) to a lesser extent on the first pitch to try to get ahead in the count.

But against Atlanta in August, Buehler did something a little different. He threw the Braves a curve (pun intended) by using his slider 22.2% of the time on first pitches.

With two strikes against left-handed batters like Freddie Freeman, Buehler also mixed up his approach. While he normally relies on his four-seamer (43.6%) and curve (22.1%), he only threw two four-seamers out of the eight pitches in those situations. Instead, he intended to bury offspeed pitches down and out of the zone.

Similarly, Buehler threw a slider low and away from right-handed batters on six of the seven pitches with two strikes. He didn’t throw one fastball to a righty with two strikes after throwing them 46.0% of the time in those situations over the course of the season.

Simply put, Buehler had success against the Braves with more of an offspeed approach than we’re used to seeing from him. And it should be interesting to see if he stays with that strategy again almost two months later.

With an opportunity to take a commanding 3-0 series leading in the NLCS, the Braves are giving the ball to playoff veteran Charlie Morton. The right-hander also working on short rest in Game 4 of the ALDS, allowing two runs over 3.1 innings in a 5-4 win over the Milwaukee Brewers.

Morton is 7-2 with a 2.53 ERA in his last 12 postseason appearances, including 11 starts dating to the 2017 playoffs when he won a World Series with the Houston Astros. He pitched well while opposing Buehler in that Aug. 31 matchup, giving up just one run and three hits while striking out eight over six innings in the 3-2 loss at Dodger Stadium.

Morton threw his curveball more than any other pitch (36.7%), even his four-seam fastball (36.2%), during the regular season. But against the Dodgers in August, he relied on his curve even more, throwing it 42.5% of the time compared to 30.2% for his four-seamer.

He was also heavily reliant on the curveball with two strikes. During the regular season, Morton went to the curve 47.4% of the time and used the four-seamer 38.8% in those counts. At Chavez Ravine, he looked to drop the curve down and out of the zone 71.4% of the time versus left-handed batters and down and away 60.0% of the time against righties.

Expect Morton to remain a little bit offspeed heavy in Game 3 after having success with that approach the last time these teams met in Los Angeles.

Though Mookie Betts homered off him in that contest, Morton has done a nice job lifetime when facing Trea Turner (1 for 9), AJ Pollock (0 for 11) and Corey Seager (0 for 9).