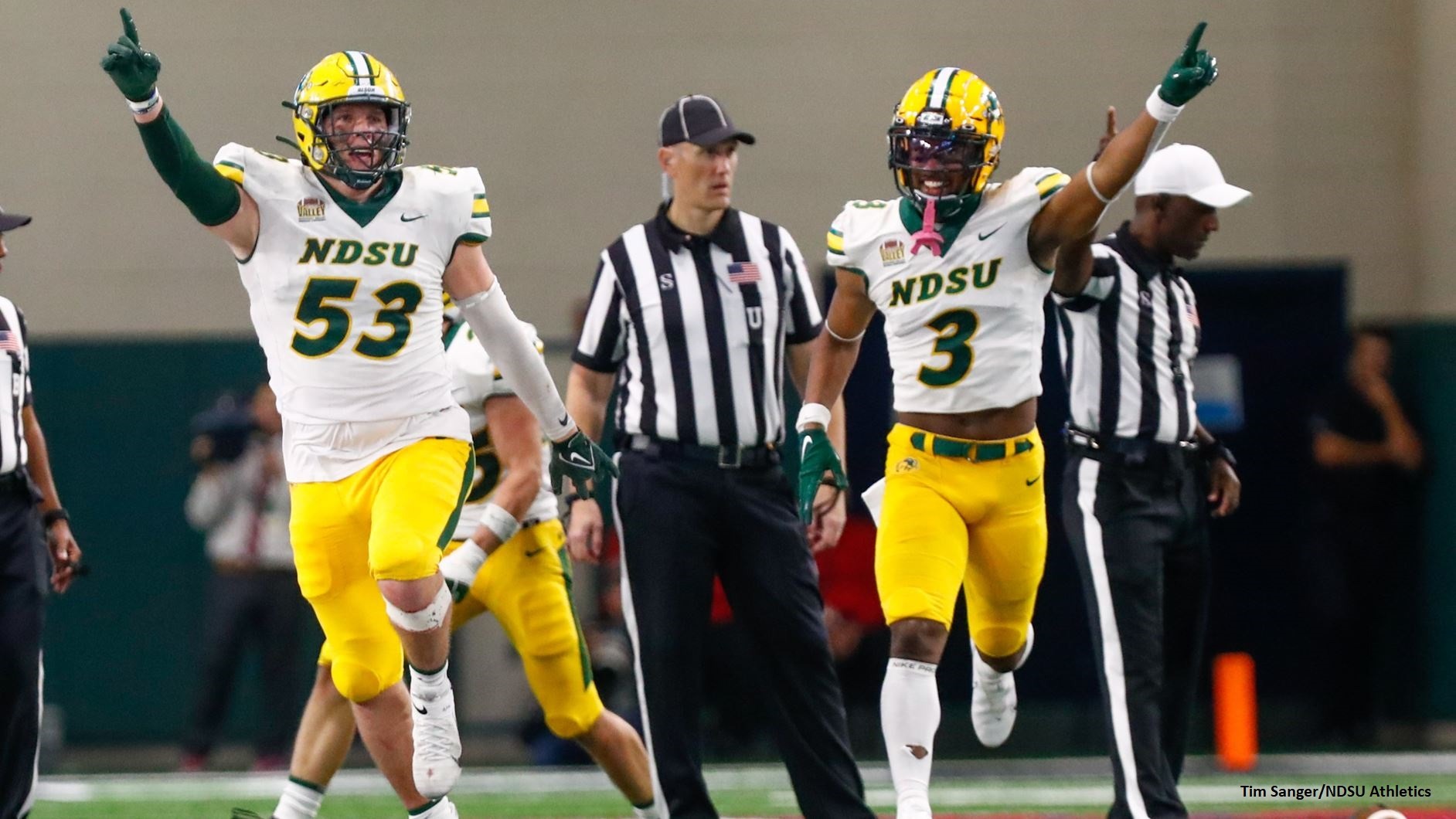 Ranking the Race for Top Two Seeds in the FCS Playoffs

The race for conference titles is on across FCS college football, but top-ranked teams also are trying to position themselves for the top two seeds in the upcoming national playoffs.

The last four championship games in Frisco, Texas, have been contested by teams that played only home games through the semifinal round. The No. 1 and 2 seeds are guaranteed that advantage, and it occurred in three of the four years, while in the 2018 season, third-seeded Eastern Washington hosted a semifinal following second-seeded Weber State’s loss in the quarterfinals.

The field for this year’s 24-team playoffs will be announced on Nov. 21, and the first round commences on Nov. 27. At this point of the regular season, it seems imperative to win out over a remaining schedule to even be in consideration for the No. 1 and 2 seeds.

The top 12 teams in the Stats Perform FCS Top 25 are a combined 57-7, and the losses are only to FBS opponents (four) or in matchups with other top 12 teams (three).

Using that sparkling dozen, here is a descending ranking of each team’s chance to secure home-field advantage through the semifinals:

Assessment: The Bearkats’ toughest remaining game appears to be Jacksonville State on Oct. 23. Even with a perfect regular season, they won’t have the strength of schedule rating of other top contenders, but it would be hard to deny a top-two seed to the reigning national champ that would be on a 21-game winning streak come Selection Sunday.

Assessment: The key game, of course, is the visit to South Dakota State, which was the national runner-up in the spring season. Since the first of the Bison’s eight FCS championship seasons in 2011, SDSU is the only program that has beaten them more than once (three times). None of the other remaining teams on the Bison’s schedule has picked them off since 2015.

Assessment: The positive viewpoint: Eight of the Wildcats’ last nine FCS losses other than ones to James Madison have been by eight points or less, so the potential was there previously for a better resume. Plus, the huge win at JMU last Saturday is out of the way. The negative viewpoint: The ‘Cats often struggle to win close conference games, which include Rhode Island and Delaware in the spring season.

Assessment: It’s important that the Eagles’ next three games are on their red turf, where they’ve won 19 straight games, but combine that trio of opponents with a trip to UC Davis and their propensity to surrender points, and winning out is asking a lot. If they do, and the FBS win over UNLV is added in, the Eagles’ resume would be worthy of the No. 1 seed.

Assessment: The toughest assignment – winning at South Dakota State – is checked off the list, but potential landmines remain. The Salukis miss North Dakota State in conference play, although they have the highest strength of schedule in the Massey Ratings (14th) among the teams on this list.

Assessment: Given the Dukes’ CAA dominance in recent years prior to their one-point loss to Villanova, it seems possible, if not likely, they will win all of their remaining games. The visit to Delaware, which, like James Madison, was a spring playoff semifinalist, is difficult, but also the kind of assignment the Dukes handle regularly.

Assessment: There’s an FBS win over nationally ranked Washington, but the Griz need Eastern Washington to run into problems because they lost the head-to-head matchup. Winning out seems quite possible – a scenario helped by archrival Montana State needing to visit Washington-Grizzly Stadium.

Assessment: Similar to James Madison and Montana, the Jackrabbits have a loss to an opponent on this list, so they’ll need help along the way. But the FBS win over Colorado State is big if they get through a remaining schedule that includes four teams currently in the Top 25 (the most among these 12 teams).

Assessment: The remaining road schedule against Weber State, Eastern Washington and Montana is a Big Sky gauntlet. The Bobcats are playing well against a soft schedule to date, so they will need to rise to a much higher level to get to the regular-season finish line without a loss other than Wyoming.

Assessment: ETSU handled an SEC team (Vanderbilt) by 20 points, but Southern Conference games seem different with the Buccaneers. Prior to a comfortable win over The Citadel last Saturday, they had played 13 straight conference games that were decided by one possession (eight points or less). That’s playing with fire when it comes to earning a potential top-two seed.

Assessment: Surprise, surprise, the Rams are off to their best start since 2001. Still, with four of their final six games on the road – including at Villanova and UMass, a bad FBS program, but FBS nonetheless – and it seems unlikely they will remain unscathed.

Assessment: The remaining opponents, including Northwestern State twice, are a combined 9-21, so it’s the easiest schedule on this list. While the Lions have a chance to run the table, the strength of schedule surely won’t merit a top-two seed.