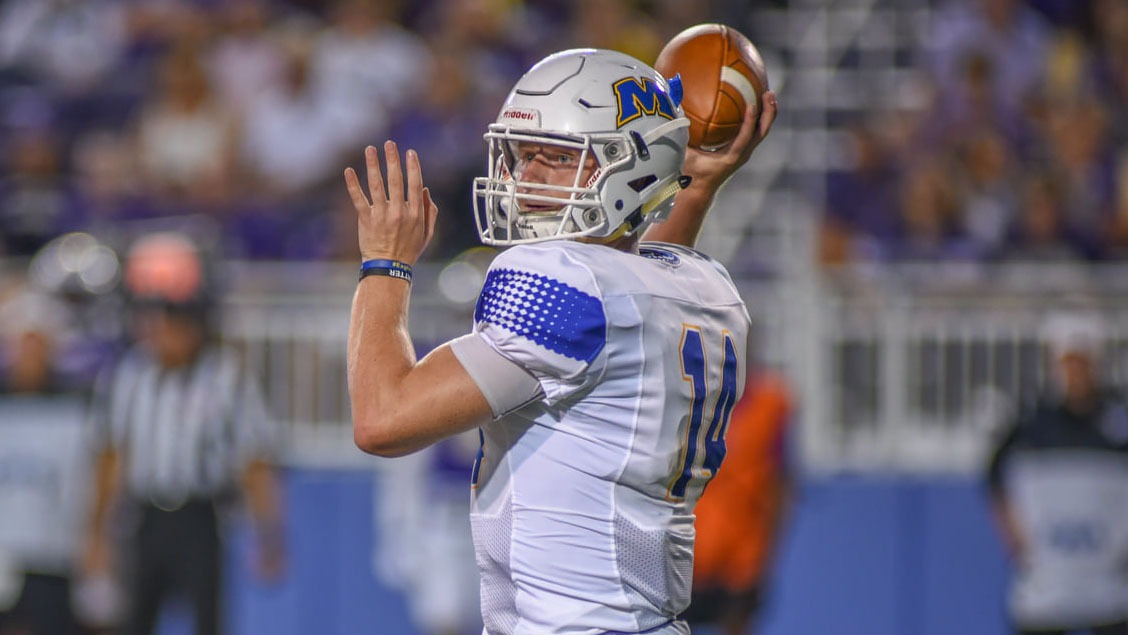 Davidson and VMI earned bids to the FCS playoffs for the first time during the spring season, raising the list of all-time qualifiers to 113 schools.

A handful of teams have realistic shots of securing their first bids in this season’s 24-team field, which will be announced on Nov. 21.

The first-time hopefuls in the mix:

What to Know: The easiest remaining schedule of the four one-loss NEC teams belongs to the Bulldogs because they’ve played the other trio already (wins over 3-1 Sacred Heart and 2-1 Saint Francis with a loss to 2-1 Duquesne). They have a bye this weekend before pursuing a November to remember.

What to Know: Two or three playoff bids appear in play with the SoCon, which had multiple bids in all but one season last decade (the field went above 16 teams in 2010). A loss to Alabama is wiped off the resume, but the Bears have limited themselves to 10 instead of 11 games, so a win over Chattanooga or ETSU surely is a must because they were blown out by defending champ VMI, the other of four one-loss teams.

What to Know: The Eagles have soared on the arm of quarterback Mark Pappas. They won a matchup of PFL unbeatens at Marist last Saturday and now have a similar showdown for first place against defending champ Davidson this weekend, followed by a trip to perennial power San Diego. A sweep would put them in the driver’s seat, including with tiebreakers.

What to Know: The 27-24 loss to Morehead State set the Red Foxes back, but they’re not out of the PFL picture. They don’t have Davidson and San Diego on their schedule this season, so they surely need to win their final four games and have the other top three teams lose just enough in the final four weeks of games.

FCS schools without a playoff bid

The 36 current FCS schools that have never qualified for the playoffs: