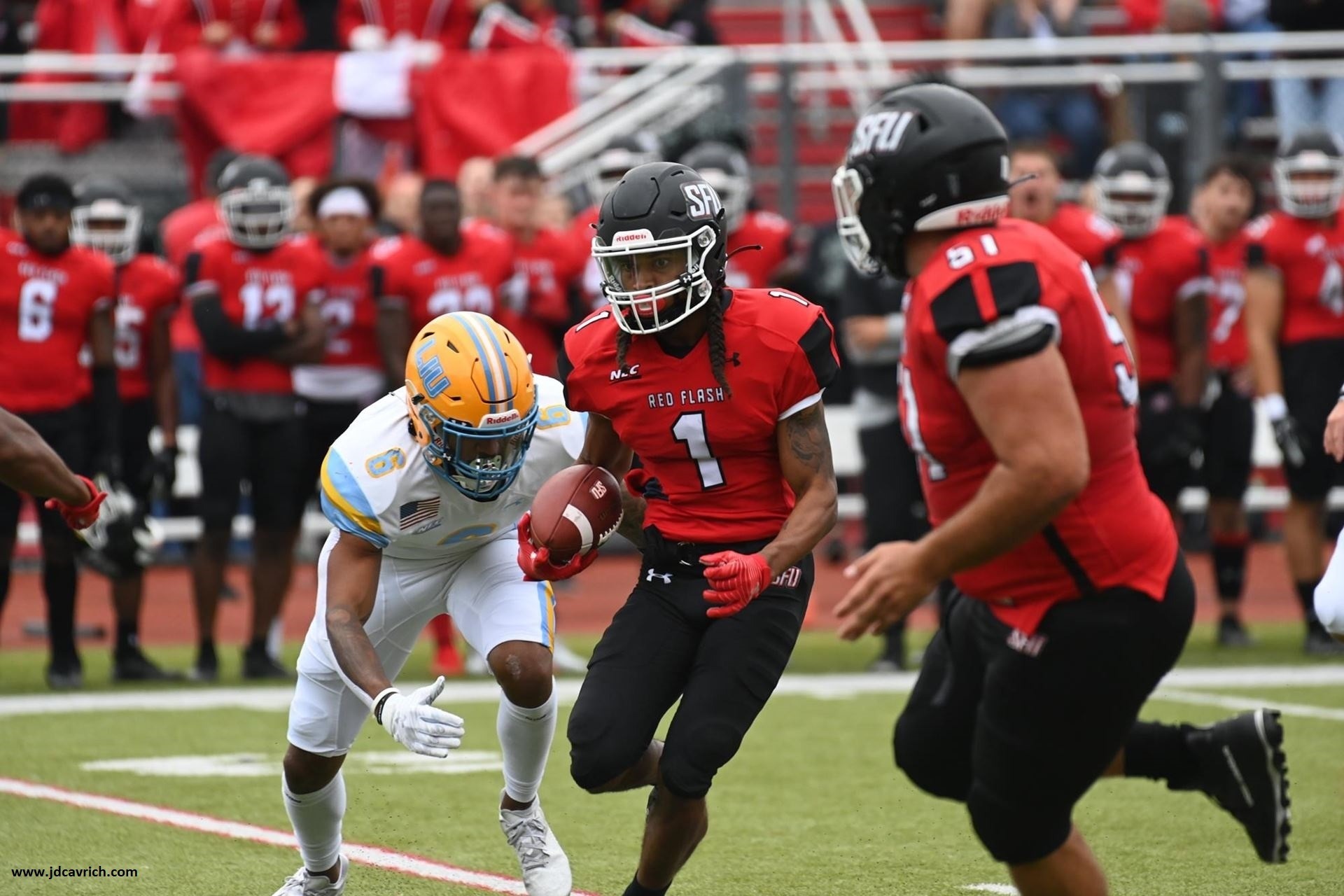 In addition, Villanova earned FCS National Team of the Week.

The reigning Walter Payton Award winner set career bests with five touchdown passes and seven total touchdowns while fueling SLU’s Top 25 win (58-48) over Nicholls in the Southland Conference. He completed 29 of 38 passes for 406 yards with one interception, and had 14 carries for 55 yards and two scores. He has accounted for 2,202 yards of total offense and 25 TDs in the Lions’ 4-1 start.

Dillon shattered Columbia’s single-game record with 5.5 sacks, forced two fumbles and registered a safety in a 22-20 victory at Central Connecticut State. The Ivy League school’s previous sacks mark was three, and Dillon’s haul went for 47 yards in losses, also a program record. He finished with eight tackles (five solos), with his third-quarter sack of quarterback Romelo Williams in the CCSU end zone providing the Lions’ first safety since 2017.

After putting the Red Flash ahead for good with a 49-yard touchdown reception, McGrigg had even more of a signature on their 55-10 win over Long Island with both kickoff and punt returns for scores. Believed to be the first player in program history to do both in the same game, he opened the second half with a 94-yard kickoff return TD and later went 59 yards on a punt return TD. He finished with 211 all-purpose yards.

Crenshaw rushed for 195 yards to set Youngstown State’s single-game record for a quarterback and accounted for three touchdowns in a 41-33 win over nationally ranked Missouri State in the Missouri Valley Football Conference. He carried the ball 22 times and basically put away the win with a 73-yard TD run with 40 seconds left. He completed 10 of 19 passes for 99 yards, including 28- and 8-yard TDs.

The Wildcats ended then-No. 3 JMU’s 15-game winning streak against CAA opponents, in addition to a five-game slide against the Dukes. Quarterback Daniel Smith and wide receiver Rayjoun Pringle connected for a go-ahead, 57-yard touchdown pass with 2:54 left in the third quarter, then the defense held on to the 28-27 lead. Linebacker Forrest Rhyne posted a career-high 20 tackles.