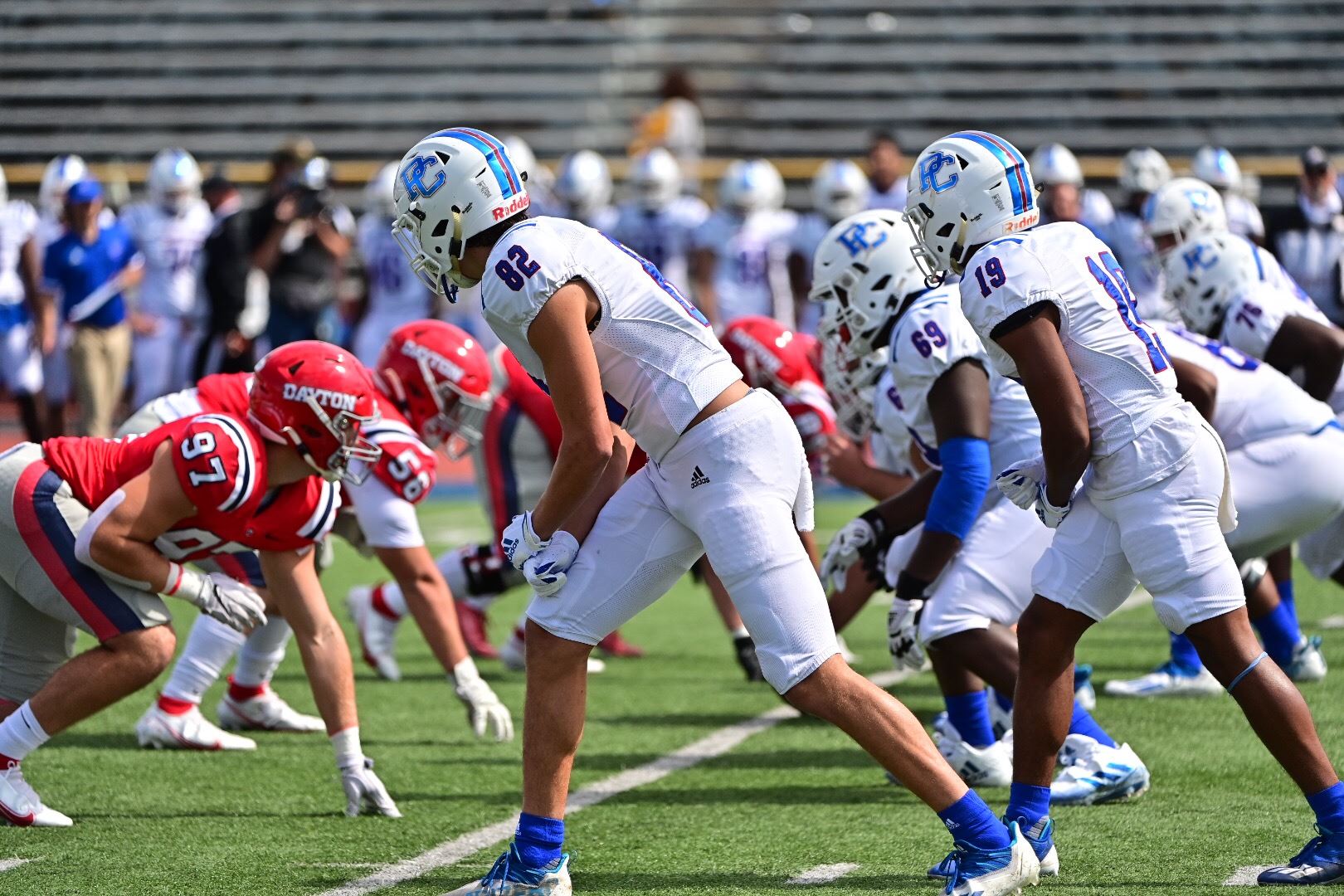 Presbyterian returns to action on Saturday after having a bye last weekend, which served as a chance for all to catch their breath.

The Blue Hose’s 2-2 start to the season has been a statistical anomaly – both good and bad.

The results have occurred under first-time college coach Kevin Kelley, whose outside-the-box philosophy and tactics have brought significant attention to the nation’s smallest FCS school in enrollment (about 1,100), located in Clinton, South Carolina. Extraordinarily successful on the high school level, the 52-year-old Kelley is known as the coach who doesn’t punt.

Wild changes on the scoreboard

Presbyterian’s wild range of results reflect its level of competition. The Blue Hose’s 152 points in season-opening wins against sub-Division I opponents – 84-43 over St. Andrews and 68-3 over a Fort Lauderdale team that was playing for the first time above the club level – were the most by an FCS team in a two-game span in at least the last 25 seasons.

A week after the 65-point win, the Blue Hose’s schedule rose to D-I competition, and they lost 72-0 to Campbell, a former conference foe. In their Pioneer Football League opener, they jumped to a 23-0, first-quarter lead at Dayton before allowing 49 unanswered points in a 63-43 loss.

The Blue Hose have passed the ball about 65% of their offensive plays. Quarterback Ren Hefley, a University of Michigan transfer, threw for an FCS single-game record 10 touchdowns against St. Andrews, with Tyler Huff adding a pair to give them 12 overall – the team record for a game. The passes went to 21 different receivers.

Overall, Hefley has 17 TD passes, but also 11 interceptions – the most by an FCS player in either statistical category over a four-game stretch in at least 25 years. With Huff adding four TD passes, the Blue Hose have 21 overall.

The impressive offensive statistics are the result of big plays. In the four games, the Blue Hose have 82 plays from scrimmage of at least 10 yards, with 25 going for 20 or more yards and seven of their eight plays of at least 50 yards resulting in touchdowns. They’ve averaged 26.5 yards on offensive touchdowns, and their 559.3 yards per game rank second nationally.

Defensive back Jayden Martin has a 98-yard interception return for a score against Fort Lauderdale, which is tied for the second longest of the FCS season.

Hefley’s interceptions reflect the team’s turnover issue. The Blue Hose committed 10 (seven interceptions, three fumbles) in the Campbell loss without any takeaways in return, and that’s led to 17 turnovers – the most by an FCS team that’s played four games – as well as a negative-8 turnover margin.

The good news is they’re plus-2 in the three games other than Campbell.

So the Blue Hose do punt

Despite Kelley’s reputation, Presbyterian punted one time each in the losses, when it was backed up on fourth down inside the 5, and forcing Hefley (also the punter) to kick from the team’s end zone.

Against Campbell, Hefley had a 23-yard punt. Against Dayton, the snap mistakenly deflected out of the end zone, giving the Flyers a safety. The play was credited as a 4-yard loss, which means Hefley has two punts for 19 yards this season.

Most times, Presbyterian attempts an offensive play on fourth down, and it’s 9 of 25 (36%) with conversions. The four opponents have combined for 21 fourth-down attempts – also a high amount for four games – converting nine times for 42.9%.