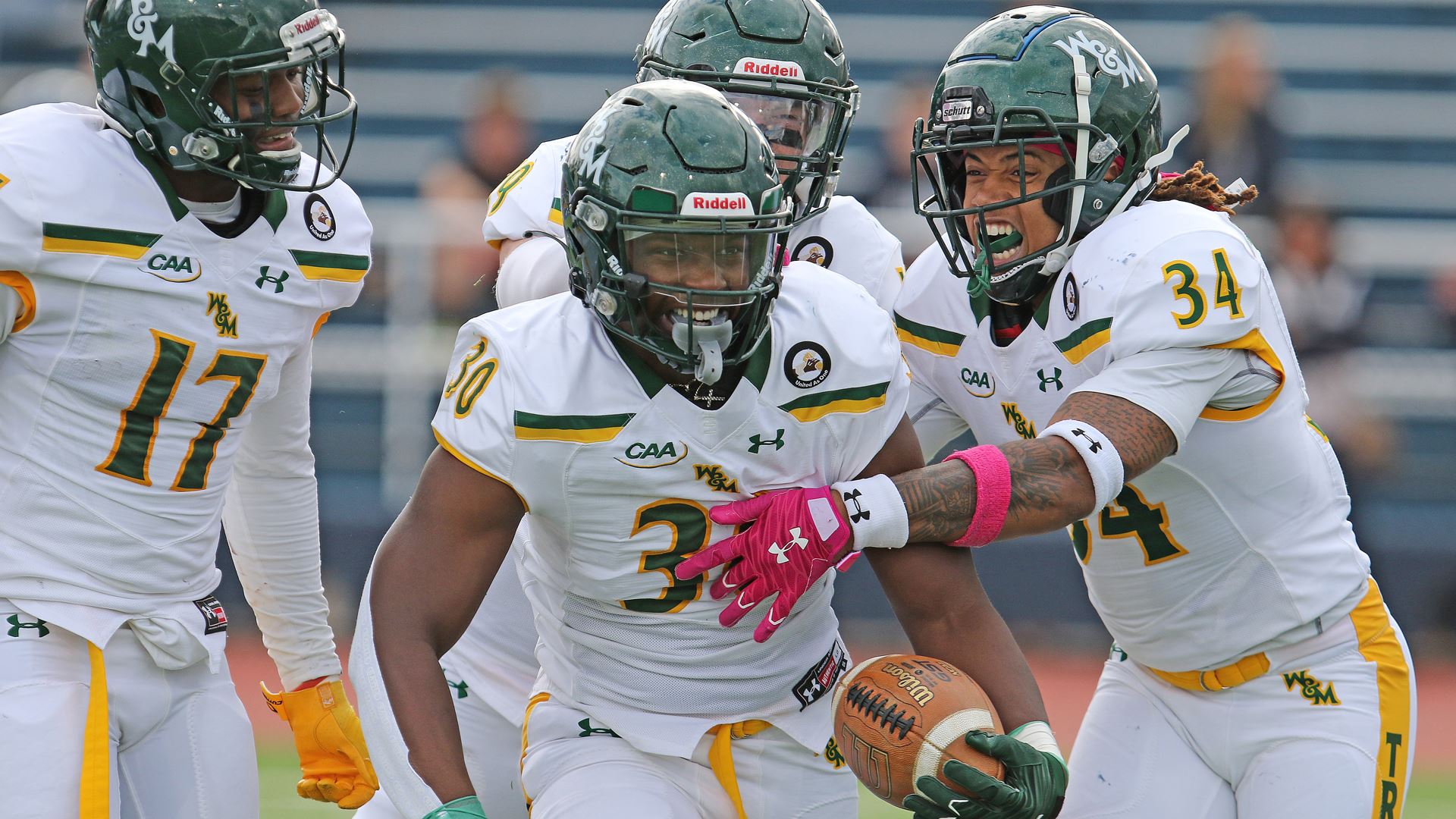 October put a scare into almost everybody in FCS college football – even elite teams.

A team in the top five of the national rankings lost on each of the five weekends. In fact, No. 3 Southern Illinois and No. 4 Villanova fell on Saturday, marking the second time in the month that a pair of top-five teams suffered defeats on the same day.

Of course, that’s the unpredictable FCS we’ve grown to know and love.

Here are 10 takeaways from the Week 9 action:

The first team outside the Stats Perform FCS Top 25 last week, William & Mary could be headed in for the first time in over five years (Sept. 26, 2016) after it handed fourth-ranked Villanova an initial CAA loss 31-18. The biggest win of coach Mike London’s three seasons continued the Tribe’s best start since 2015 – 6-2 overall and 4-1 in conference, a half game behind James Madison (7-1, 5-1) in the standings. The defense had four interceptions for the second straight week, while Bronson Yoder rushed for 106 yards and a TD with 149 all-purpose yards in the Tribe’s first top-five win since 2010 (Delaware).

Southern Illinois fell in the weekend’s only matchup of ranked teams, 23-16 at No. 16 Northern Iowa in the Missouri Valley Football Conference. The host Panthers (5-3, 3-2), who also earned a top-10 win over South Dakota State last weekend, were outgained 410-285, but forced three turnovers and limited the Salukis (6-2, 4-1) to 4 of 15 on third-down attempts and 0 of 4 on fourth-down attempts. Matthew Cook kicked three field goals to extend his streak of consecutive made attempts to 14.

The three remaining unbeaten teams in the FCS – top-ranked Sam Houston (7-0), No. 2 North Dakota State (8-0) and No. 19 Princeton (7-0) – rolled to easy victories. Sam Houston led Tarleton 45-14 after three quarters before easing up to a 45-27 triumph – its Division I-leading 18th in a row – behind quarterback Eric Schmid’s six total touchdowns. Kobe Johnson’s school-record 97-yard run for a touchdown highlighted NDSU’s 44-2 win against Indiana State. Princeton handled Cornell 34-16 in steady rain Friday night, marking a 7-0 start for the third straight season, which last happened with the Tigers in 1901, ’02 and ‘03.

That the SWAC is well on its way to leading the FCS in attendance for the 44th time in 45 seasons since the Division I split in 1978 was on display Saturday. Florida A&M drew 31,887 to its 26-3 Homecoming win over Grambling State at Bragg Memorial Stadium in Tallahassee. The fourth-largest crowd of the FCS season was followed by the 28,096 (actually, a disappointing total) at the Magic City Classic, where Alabama A&M beat Alabama State 41-27 at Legion Field in Birmingham. Savion Williams had a safety and the FAMU defense limited Grambling to 187 offensive yards in the schools’ first meeting since 2000. Alabama A&M quarterback Aqeel Glass (321 passing yards, four touchdowns) and running back Gary Quarles (126 rushing yards, two touchdowns) fueled the Bulldogs’ fourth straight win over rival Alabama State.

Weber State’s Rashid Shaheed set the FCS career record with his seventh kickoff return for a touchdown, scoring on a 98-yarder in the Wildcats’ 40-17 victory at Idaho State. His second kickoff return score this season broke his tie with Hampton’s Jerome Mathis, who had six TD returns from 2001-04 (including five in his final season). Shaheed, who has averaged 29.7 yards on 83 career kickoff returns, also caught a 36-yard touchdown pass and finished with 290 all-purpose yards.

Southeast Missouri is seeking to do something that’s happened only twice in FCS playoff history – a qualifier entering the field with a losing record. The Redhawks are 3-6, but 3-1 in Ohio Valley Conference games after a 38-15 win over Eastern Illinois. They trailed 9-7 at halftime, but Shabari Davis returned the second-half kickoff 86 yards for a touchdown, jumpstarting a 24-0 run. While SEMO was coming off losses to fellow OVC schools Murray State (32-31) and UT Martin (38-30), the games didn’t count in the conference standings – their final two games against that pair are considered the OVC matchups, and a sweep would allow coach Tom Matukewicz’s program to join Patriot League members Lafayette (2013) and Lehigh (2017) as sub-.500 teams to earn automatic playoff bids. They were both 5-6.

If James Madison hadn’t been in control of its CAA matchup against Elon, there’s no telling what Dukes quarterback Cole Johnson could have done in the 45-21 victory. The sixth-year senior completed 22 of 25 passes for 307 yards and six touchdowns, the school’s single-game record. But he completed his final 20 passes of the first half and was 21 of 22 for 276 yards and five scores at halftime, when the Dukes led 35-14, so he wasn’t asked to pass much in the second half. The last time Elon played at Bridgeforth Stadium, third-year Dukes coach Curt Cignetti guided the Phoenix to an upset.

Monmouth won 35-16 at North Carolina A&T to spoil what the Aggies call the “Greatest Homecoming on Earth.” Not only did the Hawks (5-3, 4-0) extend the second-longest conference winning streak in Big South history to 14 (all by double digits), but they set the conference mark with a ninth straight road victory. Quarterback Tony Muskett accounted for four touchdowns despite being sacked eight times by N.C. A&T, which lost its Homecoming game for the first time since 2010. If the Hawks beat North Alabama and Robert Morris in the next two weeks as expected, they’ll be tied for the longest Big South win streak (Liberty, 16 from 2006-09) when they travel to co-leader Kennesaw State on Nov. 20.

Last week’s release of the Jerry Rice Award watch list couldn’t be done without noting there hasn’t been a sophomore slump for the spring recipient, UIW quarterback Cameron Ward. His four touchdown passes in a 49-21 victory over Houston Baptist meant he’s had at least two in all 14 career games. It is the longest streak for an FCS quarterback since Eastern Washington’s Vernon Adams Jr. did it 26 straight times from 2012-14 (an injury kept him out of four of the Eagles’ 30 games in that stretch). Through eight games, Ward is tied for fourth in the FCS with 26 TD passes.