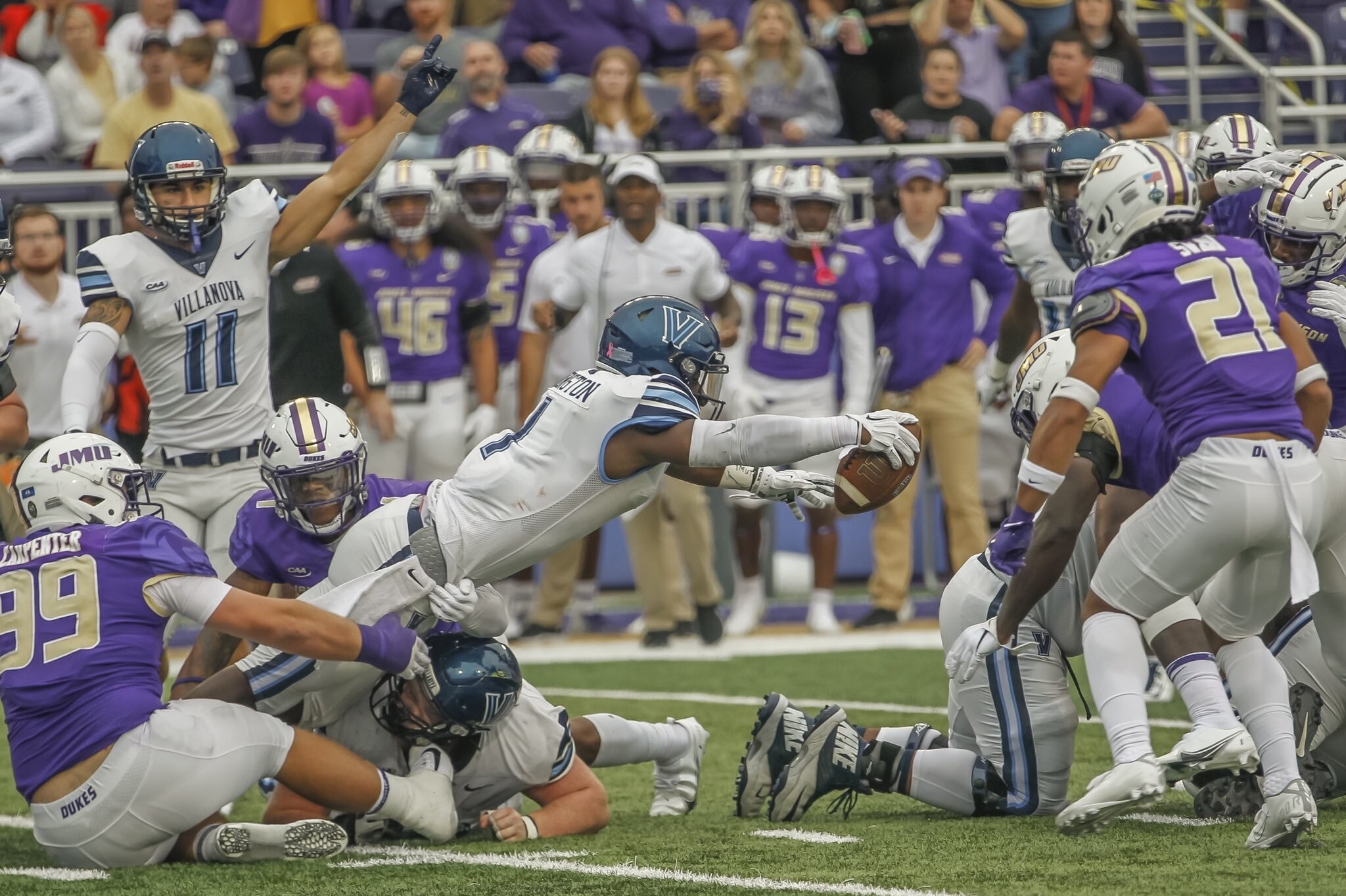 The FCS college football season is passing the midseason mark this weekend, although some teams have played over half of their schedule, depending on bye weeks.

This is the seventh full week of a memorable campaign, with the NCAA allowing for a maximum of 11 regular-season games, generally spread over 12 weeks, although a small handful of teams opened early in Week 0 and the Southwestern Athletic Conference will extend into a 13th week over Thanksgiving weekend.

Here are midseason choices for the best of the best across the FCS:

No. 6 Eastern Washington 34, No. 4 Montana 28 (Oct 2.) – The national exposure on ESPN2 helped make this Big Sky rivalry game of unbeatens feel like an instant classic. The Eagles overcame a 21-10 deficit after three quarters to extend the FCS’ longest active home winning streak to 19. Quarterback Eric Barriere passed for 422 yards as well as two touchdowns to wide receiver Andrew Boston.

No. 11 Villanova 28, No. 3 James Madison 27 (Oct. 9) – Villanova shut out James Madison in the second half while halting the Dukes’ 15-game winning streak against CAA competition. The Wildcats reversed a 27-16 deficit in the third quarter, going ahead on Daniel Smith’s 57-yard TD pass to Rayjoun Pringle, and withstood two JMU trips into their red zone in the fourth, with all-time FCS field goal leader Ethan Ratke missing attempts both times. The ‘Cats converted a fourth-and-1 from their 29 with under two minutes left.

It’s hard not to go with the three highest-ranked teams in the Stats Perform FCS Top 25. Most key players returned from Sam Houston’s FCS championship squad in the spring, and the top-ranked Bearkats (5-0) own the longest active FCS winning streak at 16. Second-ranked Eastern Washington (6-0) has an FBS win (UNLV) in addition to the Montana triumph, plus the No. 1-ranked offense in the FCS. Third-ranked North Dakota State (5-0) is surrendering the fewest points in the nation – in fact, it’s the lowest average (8.6) of the eight-time FCS champion’s Division I era (since 2004).

Tenth-ranked ETSU (6-0) overmatched Vanderbilt to start the season and has its highest national ranking since 1997. Rhode Island beat Delaware last Saturday to reach 5-0 for the first time since 2001, and the Rams’ No. 12 ranking is their highest since that season. After opening the campaign with an FBS loss, No. 17 UT Martin (4-1) has matched the second-longest winning streak of coach Jason Simpson’s 16 seasons, beating Samford, Jacksonville State and Murray State along the way.

As the program with the most all-time Patriot League championships, it’s astounding Lehigh (0-6) has scored only three field goals with a touchdown. Returning a veteran lineup this season, Monmouth (3-3) seemed primed to reach the top 10, but the Big South power has been outside the national rankings for three straight weeks. Being competitive hasn’t prevented Albany (0-5) from an eight-game losing streak that is the second longest in its program’s history (since 1973).

Yeah, take your pick between 2020-21 Walter Payton Award winner Cole Kelley of Southeastern Louisiana and runner-up Eric Barriere of Eastern Washington. Playing only on the road to date, Kelley has the Lions (4-1) off to their best start since 1980, ranking No. 1 in the FCS in total offense (440.4 yards per game), total touchdowns (25) and completion percentage (74.5). Eastern Wahington’s best start since 1967 has been fueled by Barriere, who leads the nation in passing yards per game (411.2) – he set the FCS record for passing yards in a half against Western Illinois (487) – and is tied for the high in TD passes (21).

Fordham linebacker Ryan Greenhagen opened the season by posting an FCS single-game record 31 tackles against Nebraska and followed it up with 28 stops against Monmouth. Unfortunately, on the second-half kickoff of the Rams’ fifth game, Greenhagen suffered a season-ending ACL tear. He had 102 tackles through four and a half games, which was well on pace to surpassing the FCS single-season record (195).

Despite having his streak of 24 consecutive made field goals end against Villanova, James Madison’s Ethan Ratke has had a strong season while becoming the FCS all-time leader in field goals (81) and points by a kicker (444). He’s made a field goal in all five games to push that streak to 26 straight games, or seven shy of the FCS all-time record.

Northern Iowa left tackle Trevor Penning was considered a top 100 prospect for the 2022 NFL Draft entering the season, but starting with his dominating performance against Iowa State in the opener, he’s had a banner senior campaign. SI.com has lauded the 6-foot-7, 340-pound Penning for having first-round tape and Pro Football Network suggested the idea of him becoming the first offensive tackle off the board. The buzz is high.