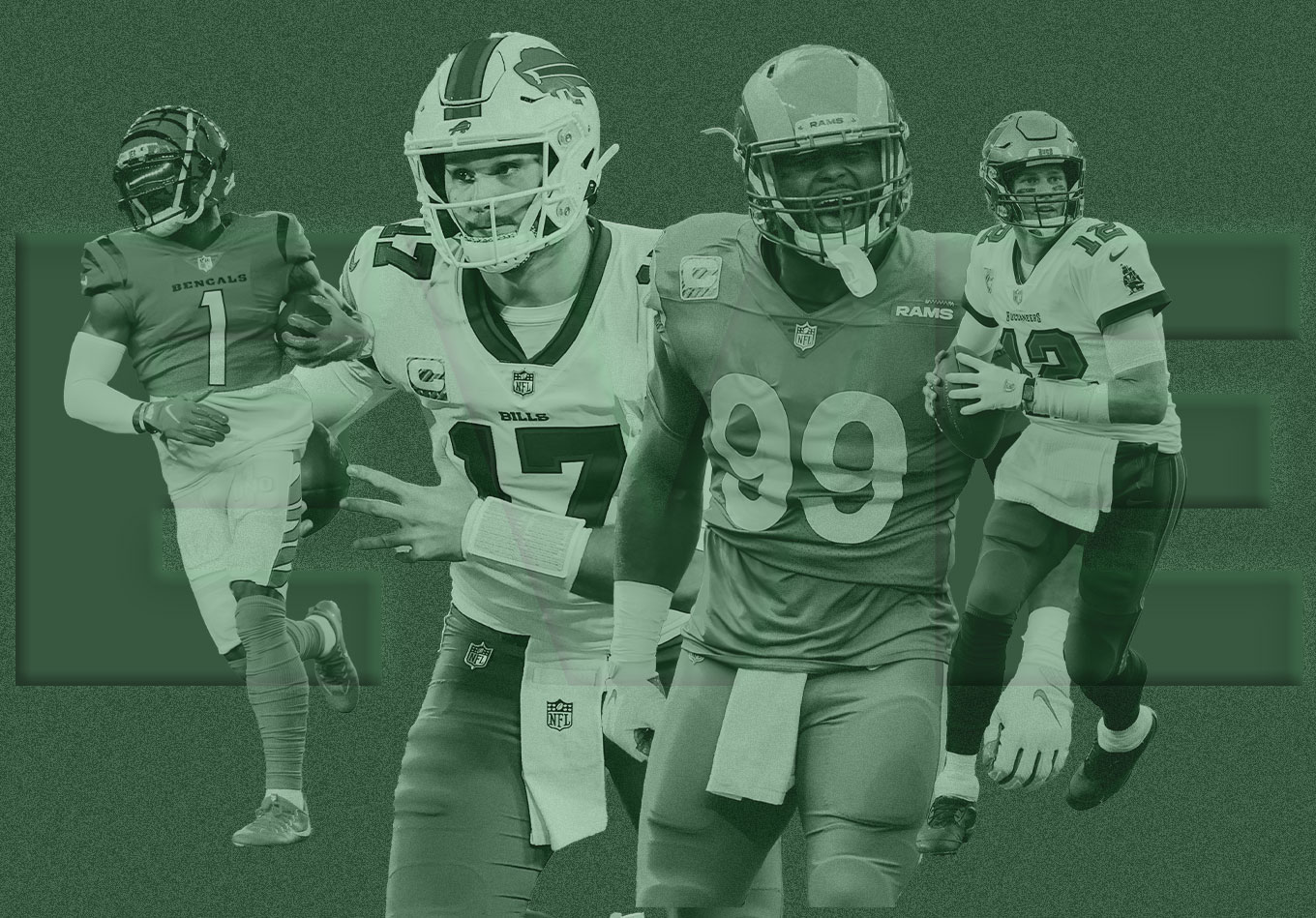 The Kansas City Chiefs appear to have taken a step back this season, leaving a door open in the AFC. So which teams have emerged as the midseason Super Bowl contenders? We’re taking a look at our EVE rankings to identify them.

Even in the wake of their Super Bowl LV loss to the Tampa Bay Buccaneers, the Kansas City Chiefs entered this season viewed by many as favorites to get back to the grandest stage and regain the Lombardi Trophy.

A banged-up offensive line that was dramatically overmatched against the Buccaneers’ defensive front in their chastening February defeat in Tampa seemingly fixed by what looked an astute investment in both youth and experience in the trenches, the Chiefs appeared poised to reassert themselves as a dominant power.

Yet the issue with using your resources primarily on one area is that other concerns can be swept under the rug, only to rear their head when the attention turns back to competitive action.

That has proven the case for the Chiefs, who at 3-4 look anything but Super Bowl contenders, with a disappointing pass rush and the consistently poor play of an extremely vulnerable secondary resulting in a defensive performance that has seen them give up a league-high 6.57 yards per play.

Their defensive struggles combined with turnover problems for Patrick Mahomes and Co. has left the Chiefs some way short of the team that has reached three successive AFC championship games.

Indeed, Kansas City entered Week 8 ranked 27th in our efficiency versus expected (EVE) model, which looks at down, distance, yards from goal, quarter, time remaining, and score difference and uses those six factors to train a model to predict yardage output for any game situation. From there, the projected yards are compared to the actual yards gained or prevented in those situations.

With the Chiefs performing at the level of a bottom-half team and arguably facing a make-or-break game against the New York Giants on Monday to even stay in the mix, who are the lead contenders for the Super Bowl?

We’re taking a closer look at the EVE rankings to identify the two AFC and NFC favorites.

The Bills entered Week 8 ranked second by overall EVE, their drop from the top spot a result of them having a bye in Week 7.

At 4-2, the Bills have work to do to secure the top seed in the conference, but they have a compelling case for the most complete team in the AFC.

Eighth in yards over expected on offensive plays, their average of 0.593 yards over the projected was bettered by only three AFC teams ahead of Week 8.

Meanwhile, on defense, the Bills are allowing 0.792 yards under expected, putting them second in the league behind the New Orleans Saints prior to Thursday Night Football.

Their ranking and their performances have served as a reflection of quarterback Josh Allen’s ability to prove his gargantuan leap in Year 3 was no fluke and the significant strides made by the defense through six weeks.

Six of the Bills’ final 11 games are against teams ranked in the bottom half of the league by EVE, giving them a clear opportunity to recover from early slip-ups against the Pittsburgh Steelers and Tennessee Titans and establish themselves as the cream of the AFC crop.

However, the gold standard of the AFC and – according to EVE – of the league as a whole are the Bengals.

That is not a sentence many will have expected to read after Cincinnati’s first seven games, but in a tightly packed conference, they are worthy of consideration as genuine contenders to go all the way.

Their position atop the league by EVE is built on an offense that is fifth overall with a yards over expected average of 0.699 – the best in the AFC – and a defense ascending earlier than anticipated.

The Bengals are third in the NFL in yards allowed under expected, though they figure to be sternly tested on both sides of the ball down the stretch.

Indeed, the Bengals have two games against a Browns team ranked third overall as well as meetings with another top-10 team in the Las Vegas Raiders and a 2-4 San Francisco 49ers team whose ranking of 13th is not reflected by their record.

A rematch with the Baltimore Ravens and an offense seventh in yards over expected looms in Week 16 and that slightly more difficult road compared to the Bills makes it tough to install the Bengals as AFC favorites.

There can ill-afford to be any let-up from Joe Burrow – fifth among quarterbacks with 100 pass attempts with a well-thrown percentage of 82.4 – and dominant rookie wide receiver Ja’Marr Chase if the Bengals are to emerge as a legitimate threat to win it al. But their Week 7 thrashing of the Ravens suggests they will be undaunted by the challenge.

The Rams’ bet that Matthew Stafford’s arrival would take them to the next level has proven a successful one to this point, with Los Angeles 6-1 and looking every bit a team ready to make a concerted push to play in a Super Bowl in their home stadium.

Sean McVay’s team went into Week 8 fourth in EVE and as the class of the NFC, despite their heavy home defeat to the Arizona Cardinals back in Week 4.

After the malaise of Jared Goff’s final year as quarterback, Stafford has elevated the offense to one that trails only the Dallas Cowboys in yards over expected with an average of 0.965.

That lift has been crucial in a year where the defense has, perhaps unsurprisingly, taken something of a downturn following offseason losses in the secondary and the departure of coordinator Brandon Staley.

Yet the Rams remain a top-half team on that side of the ball (11th in yards allowed under expected) and face a schedule that has them taking on just two top-10 teams by EVE the rest of the way.

They do have two games with a 49ers team the Rams have not beaten since 2018, but analyzing what they have produced so far and the tests to come for the Rams, it is difficult to envision an NFC championship game that doesn’t have them in it.

The Cardinals are the second-highest ranked NFC team after the Rams by EVE, occupying the fifth spot overall prior to their loss to the Green Bay Packers on Thursday.

Despite their 7-1 record, it is difficult to make a case for the Cardinals over the defending champion Buccaneers, who approached Week 8 only just behind Arizona in sixth and have the benefit of an easier run-in.

In addition to facing those strange but potentially dangerous – if they ever put it together – 49ers in Week 9, the Cardinals must face the Rams again and have a meeting with a Cowboys team whose league-leading offensive effort had them ninth in EVE following the last slate of games.

While the Buccaneers do have the significant challenge of facing the Bills in Week 14, a New Orleans Saints team 24th in offensive yards over expected are the only other remaining opponent on Tampa Bay’s schedule in the EVE top 10.

The Bucs are 20 places higher than New Orleans on that side of the ball, with Tom Brady in the MVP conversation having thrown a league-leading 21 touchdowns through seven games.

Trust in the 44-year-old Brady and this Bucs offense continues to grow. By contrast, there are likely to be plenty of questions about the Cardinals after they fell short against a Packers team missing its three top wide receivers on Thursday.

The Rams and the Bucs are the best the NFC has to offer at this stage and, come the end of Week 8, the EVE rankings should reflect that.