Inter vs. Juve: Coming to Terms with the Loss of Star Strikers | The Analyst 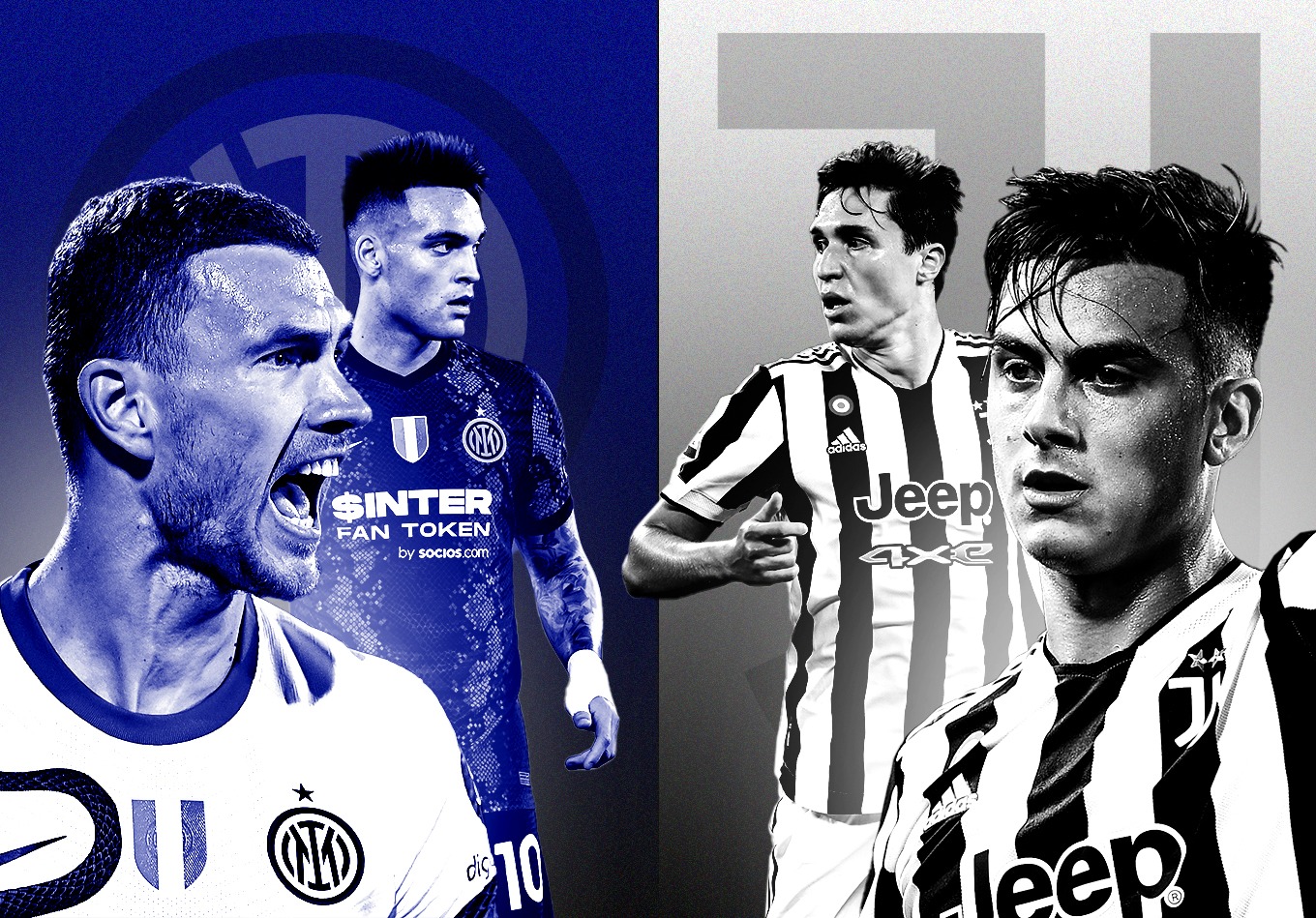 Inter vs. Juve: Coming to Terms with the Loss of Star Strikers

Losing players of the quality of Romelu Lukaku and Cristiano Ronaldo was never going to be easy, but ahead of the Derby d’Italia on Sunday, it looks like both Inter and Juventus have come to terms with the loss of their star strikers.

When Romelu Lukaku joined Chelsea in August, Internazionale fans would have been forgiven for worrying about their source of goals for 2021-22. However, within 24 hours it had been revealed that the replacement was already secured, with the arrival of Edin Dzeko at the San Siro.

The 2021-22 campaign may still be in its infancy, but 35-year-old Dzeko has made a fantastic start as Inter look to defend the Serie A title that Lukaku’s goals propelled them towards last season. Their new striker took his goal tally for the season to seven with a sublime volley against Sheriff in the Champions League on Tuesday.

Heading into the first Derby d’Italia of the season, Simone Inzaghi’s Inter sit three points above Juventus, who themselves have had to contend with the loss of a superstar forward.

Cristiano Ronaldo beat Lukaku in the Serie A scoring charts in 2020-21, yet while Inter – spearheaded by Dzeko and Lautaro Martinez, lead the way for goals scored so far this season with 23, Juve are lagging some 11 behind.

How have the two giants of Italian football adapted in the opening months of the season and how could it prove the difference on Sunday?

Chelsea broke their transfer record to re-sign Lukaku in August for a whopping £97.5million (€115m). The cash was needed by Inter, who had already sold Achraf Hakimi to Paris Saint-Germain and lost their title-winning coach Antonio Conte as well. Lukaku had initially been happy to stay on under Inzaghi, but the pull of a return to Stamford Bridge ultimately proved too strong to turn down.

Across his two seasons with Inter, Lukaku scored 64 goals in 95 games across all competitions. Last season he scored 24 goals and assisted a further 11, putting the suggestion he was merely a penalty box poacher firmly to bed. Indeed, Lukaku’s tally of seven secondary assists (the pass before the assist) ranked joint-highest in Italy’s top-flight.

Lukaku refined his game and has returned to the Premier League a better player, leaving Inter with a huge void to fill. Dzeko represented a prudent option.

Having spent the last six seasons at Roma, Dzeko needed no adaptation to the league. He scored 85 Serie A goals during his spell in the capital, having previously played a huge role in Manchester City’s Premier League title successes in 2012 and 2014.

Since his move to Wolfsburg in 2007, Dzeko has only scored under 10 goals in all competitions in three different seasons, while he missed only 22 league matches during his stint with Roma. Seemingly reliable, experienced and a proven scorer. With Inter’s financial restraints, it was a no-brainer.

Joaquin Correa, capable of playing anywhere across the frontline, has also come in to boost Inter’s ranks, though the start Dzeko has made may have even exceeded the club’s expectations.

Dzeko is averaging just under a goal per game in Serie A, having netted six times across eight appearances – only one goal fewer than he managed in the competition with Roma last season (7). Is the Bosnia and Herzegovina international just going through an unstainable hot streak this season? It’s hard to tell, but his performance data across his Serie A career isn’t a glowing reference.

Yes, this season has seen Dzeko score with 35.3% of his non-penalty shots – a career-high conversion rate. However, across his six seasons as a Roma player, no player in the big five European leagues under achieved based on their xG total than he did. Between 2015-16 and 2020-21, Dzeko scored 82 non-penalty goals from a npxG of 103.9, meaning an underperformance of 21.9 (or 22 goals).

Lukaku’s departure also left Inter needing to find a suitable partner for Lautaro Martínez. The duo combined for eight Serie A goals last season, more than any other pairing, albeit the first of those did not arrive until matchday eight in November.

A brilliant example of their stellar combination in action came in a pivotal 3-1 win over Lazio in February; Lukaku – on a hat-trick at the time – charging clear of a desperate defender before coolly sliding it across for the waiting Martinez to tap in.

The pairing combined to create 29 chances for each other in 2020-21, at an average of one every 71 minutes that they were together on the pitch. In fact, Inter’s two highest combinations for chances created last season in Serie A were Lukaku to Martínez (16) and Martínez to Lukaku (13).

Just like Lukaku and Martínez last season in the Italian top-flight, the Argentine and Dzeko are yet to create a goal for one another in the league before November ahead of this weekend.

In 357 minutes on the pitch together, they have created just two chances as a pairing – both from Dzeko to Martínez. If ever there is a time that Inter need the partnership to produce something, it’s this weekend.

Inter – who have scored 78 goals across 32 top-flight league games in 2021, with only Bayern Munich have scoring more across the big five European leagues – would be extremely fortunate if this partnership proves as profitable as the Lukaku-Martinez axis did, though there are high hopes.

Inter might have struck gold with Dzeko, but Juve have struggled in attack early in Massimiliano Allegri’s second spell in charge.

With Ronaldo gone, the onus is on Paulo Dybala. He scored against Udinese in the opening game of 2021-22 and found the net against Sampdoria last month, only to succumb to an injury that has since kept him out.

Only four players across Europe’s top five leagues managed more goals in all competitions than Ronaldo did last season (36), while Alvaro Morata (20) and Federico Chiesa (14) were the only other Juve players to get into double figures.

The Spanish international enjoyed an impressive partnership with Ronaldo, providing four assists and creating 15 chances in Serie A 2020-21, though the favour was not returned – Morata only receiving four in return from Ronaldo in 1402 minutes on the pitch together.

Yet if Juve can keep Dybala fit, there may be something for Allegri to build on, with Morata playing more passes to the Argentina forward than he has done to any other team-mate so far this season (12), albeit that has only resulted in one goalscoring opportunity.

Sunday’s showdown at San Siro comes too early in the season to be truly decisive, though a second successive home win over Juve would be a huge boost. In Dzeko and Martinez, Inzaghi has a functioning strike force that has already contributed 12 goals to Inter’s cause. Allegri’s two central forwards, meanwhile, have only managed six between them – which doesn’t bode well.