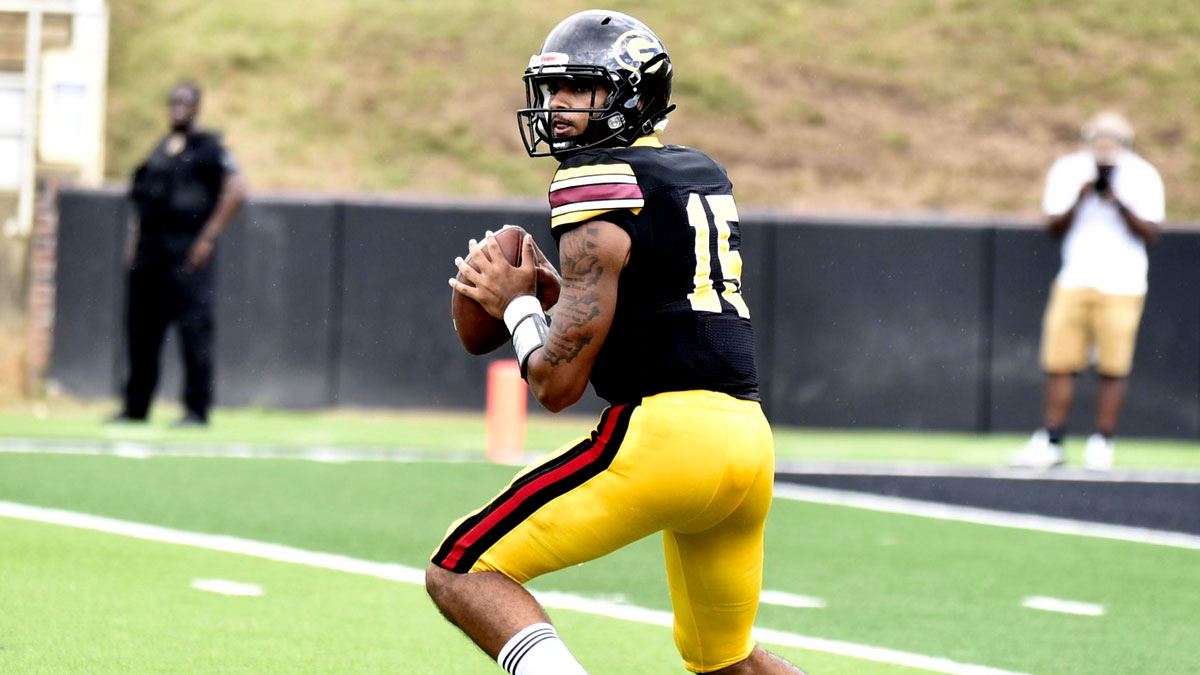 Davis set the Bears’ modern-era record with 276 rushing yards and the program high with five rushing touchdowns in a 45-42 win over Samford in the Southern Conference. He averaged 9.9 yards over 28 carries, including scoring runs of 31, 21, 54, 1 and 2.

With Sam Houston held below 300 yards, Kay and the defense led the defending FCS champ until the offense rallied past rival Stephen F. Austin 21-20 in the AQ7. He finished with eight tackles (six solos), including 2.5 for loss and 1.5 sacks. He also forced a fumble late in the game and had two quarterback hurries and a pass breakup.

Roberts made a lot of big plays in Wofford’s 27-21 SoCon loss at ETSU. With field position so vital, he averaged 38.9 yards on seven punts with four fair catches, three ending inside the ETSU 20, including at the 2 and the 6, and a long of 54. He also averaged 60.5 yards on four kickoffs, and on two of them he stopped the returner with solo tackles in ETSU territory.

Wilkerson has been the workhorse in each of Delaware State’s two wins this season, this time carrying the ball a program-record 40 times for 169 yards in a 33-27, double-overtime victory at Wagner. He rushed for a 13-yard touchdown in the second quarter and caught one pass for 11 yards.

Having lost eight of its previous nine games, Grambling State pulled a surprise against the defending SWAC champion, which was on a nine-game winning streak (one was a forfeit). The Tigers erased a 14-0 deficit with 34 unanswered points between the second and fourth quarters. Freshman Noah Bodden had three touchdown passes in his first start and the defense forced five turnovers.