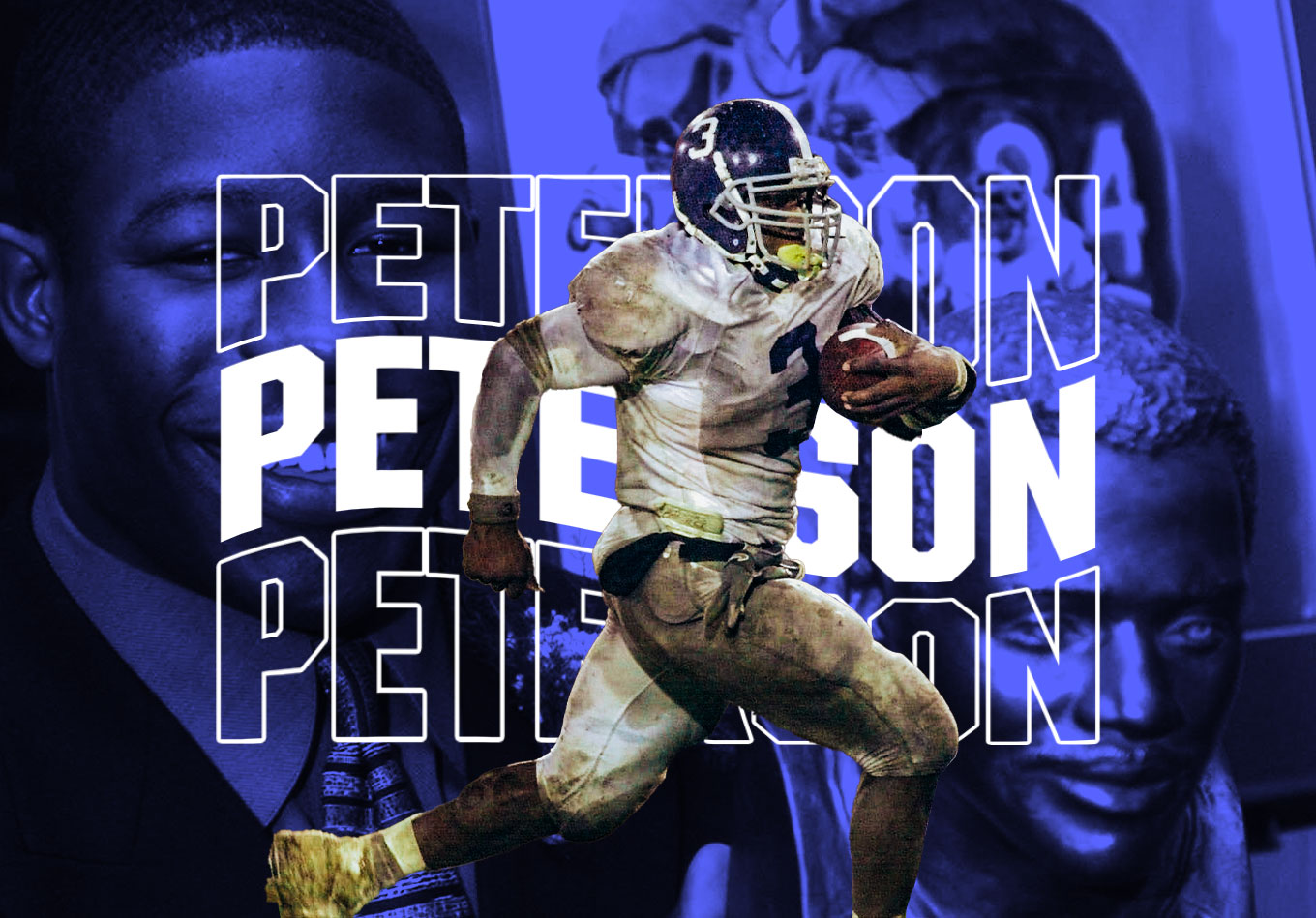 If asked who holds the record for the most consecutive 100-yard rushing games in college football history, who would you think of?

The correct answer is Adrian Peterson – just not the one you are thinking of.

Twenty years ago on Wednesday, one of the sport’s greatest streaks came to an end. Georgia Southern’s star running back Adrian Peterson had his run of consecutive 100-yard rushing performances end against Appalachian State after an amazing 48 games.

It’s a streak that surely will continue to stand the test of time.

Throughout his collegiate career on the FCS level, Peterson – no, not the former Oklahoma running back who has rushed for nearly 15,000 yards in the NFL – didn’t have a game under 100 rushing yards until his senior season in 2001. He rushed for 100+ yards in 54 of his 57 games.

In comparison, the FBS record for consecutive games with 100+ rushing yards is Ohio State’s Archie Griffin with 31 in the regular season from 1973-75 and the mark for career games reaching the century mark is held by Memphis’ DeAngelo Williams with 34 from 2002-05.

For most athletes, getting their name in the record books once is a career-defining achievement, but for Peterson, his name is all over the FCS charts. It includes the most career rushing yards (6,559) in FCS history, but that was only in the regular season because his career predated the NCAA including postseason games in seasonal and career statistics for 2003 and beyond.

Peterson’s dominance began the moment he stepped onto the field in Statesboro in 1998. The Florida native amassed FCS freshman records for rushing yards (1,932) and rushing yards per game (175.6). He went over 200 yards for the first six of 12 times in his career.

As a sophomore, he saw his production increase to the point in which he received the Walter Payton Award as the best offensive player in the FCS. He finished the year with 1,925 rushing yards in the regular season, but the postseason pushed him to 2,725, which would be the FCS single-season record if the additional yards had been counted by the NCAA.

Peterson averaged a career-best 7.7 yards per carry, and rushed for a career-high 333 yards against UMass in the national quarterfinals en route to Georgia Southern claiming the fifth of its six all-time FCS championships.

As a junior, AP went over 2,000 rushing yards in the regular season and playoffs for the third and final time with 2,038. He had 150+ rushing yards in seven of his 13 games while the Eagles repeated as national champions.

During his senior season, Peterson’s streak of consecutive 100-yard rushing performances ended in Georgia Southern’s sixth game on Oct. 13, 2001, when he rushed the ball 19 times for 71 yards and two touchdowns in a 27-18, Southern Conference win at eighth-ranked App State. It appears unlikely the 48 straight games will be matched by another player, although the NCAA recognizes his record streak as 36 regular-season games.

Peterson was below the 100-yard mark again as a senior in a 48-10 blowout of Wofford (25 carries for 96 yards) and in his final game when the Eagles fell 24-17 against Furman in the playoff semifinals (18 carries for 68 yards).

Like the more famous running back with the same name, Peterson played in the NFL, and his career was with the Chicago Bears from 2002-09. He twice rushed for 100+ yards in a game and finished with 1,283 career yards.

Today, the 42-year-old College Football Hall of Famer is the director of student-athlete development at Georgia Southern. The Eagles moved to the FBS in 2014.