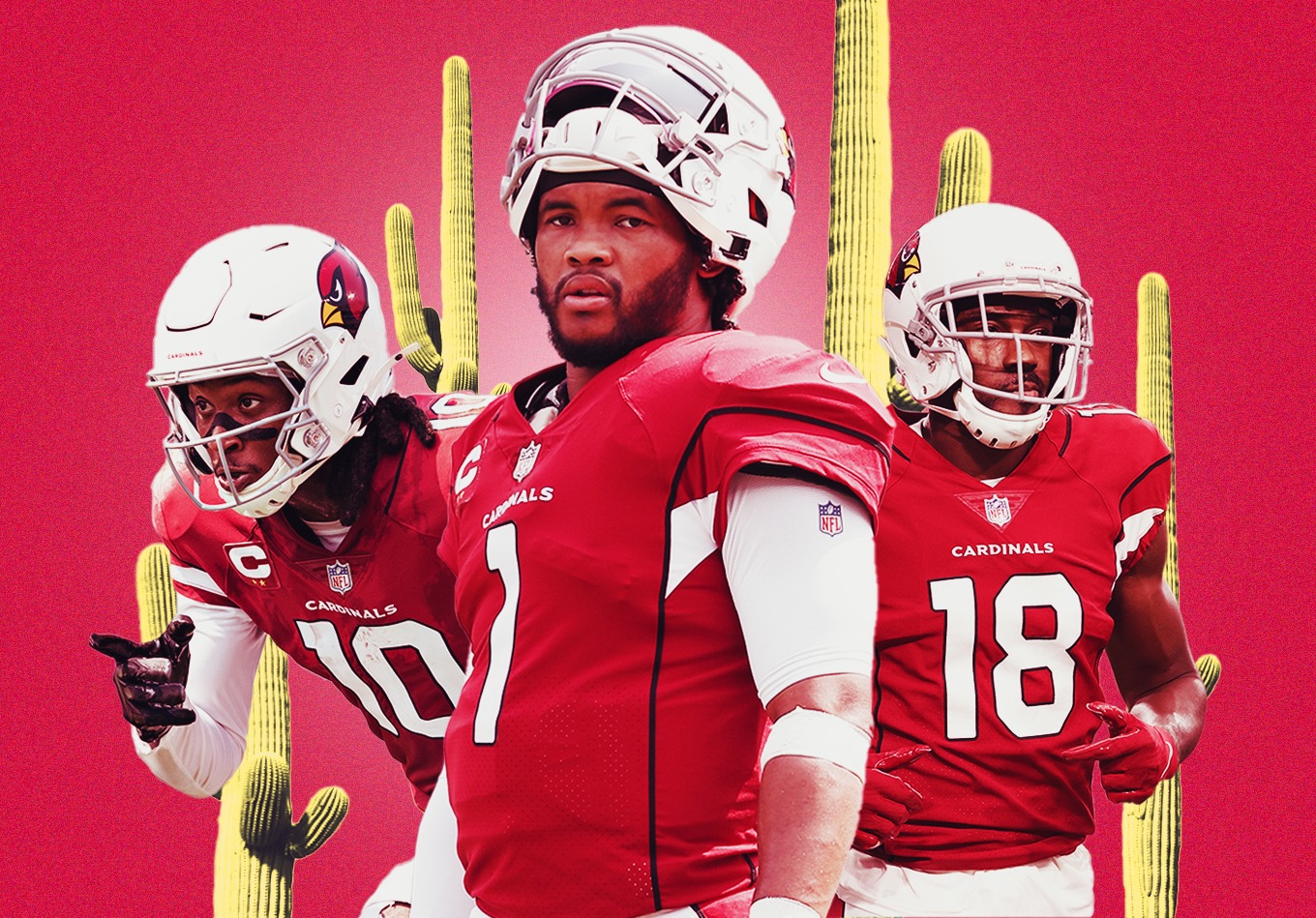 Nickel Coverage: Is There More to Arizona Than Just Kyler Magic?

Kyler Murray and the Cardinals already look poised to make a run at the playoffs after a fortunate but thrilling triumph over the Minnesota Vikings gave them two straight wins to open the season.

There isn’t much time for patience in the NFL, and the ownership of the Arizona Cardinals would have been forgiven for running out of it after an opportunity to end their postseason drought in 2020 was passed up.

Year 2 of the Kliff Kingsbury-Kyler Murray experience was a rollercoaster, with explosive offensive performances and last-gasp Hail Mary plays giving way to an uneven and uninspiring stretch run that raised questions about Kingsbury’s ability to get the best out of the 2019 first overall pick, as well as piling pressure on a general manager in Steve Keim, who had been given the rare luxury of selecting a first-round quarterback in successive years.

Two weeks into the 2021 season, the Cardinals have reason to believe the partnership of the Air Raid-disciple Kingsbury and their diminutive dual-threat quarterback is one that can yield the dominant offensive season many have expected and in the process, propel them to the playoffs.

Playing in the hyper-competitive NFC West, which would still be undefeated as a division if not for the Seattle Seahawks’ bizarre home collapse against the Tennessee Titans on Sunday, the Cards should not get too far ahead of themselves, particularly with memories of last season’s 6-3 start that ultimately proved a false dawn still fresh.

Sunday’s captivating 34-33 triumph over the Minnesota Vikings was far from perfect and owed to Greg Joseph shanking a last-second field goal that would have condemned Arizona to defeat.
However, it served as a scintillating showcase of what the Cardinals’ offense can do when firing on all cylinders and a vindication of the offseason moves made with an eye on elevating Murray, with his diverse skillset perfectly suited to the modern NFL, to another level.

After throwing four touchdown passes and running for another score in the Cardinals’ blowout win over the Titans in Week 1, Murray tossed three touchdowns and registered another on the ground against Minnesota. In doing so, he became the first player with at least three passing touchdowns and one rushing touchdown in each of his team’s first two games of the season in NFL history.

He now has 12 career games with both a passing and rushing touchdown – the fourth most by a quarterback in his first three seasons – behind only Cam Newton (20), Josh Allen (16) and Dak Prescott (13).

Those new entries into the record books were a product of what defenses have come to expect from Murray, who frustrated the Vikings by making magic happen with his legs on a 15-yard touchdown throw to DeAndre Hopkins and a 77-yard bomb to a wide-open Rondale Moore, and also demonstrated his still underrated ability to stand in the pocket and deliver with unerring accuracy.

Through two weeks, Murray has produced an accurate, well-thrown ball on 88.7% of his passes, putting him fourth among quarterbacks to attempt at least 10 passes. For quarterbacks with an air yards per attempt average of at least 8.0 yards, Murray’s well-thrown percentage is second only to Jalen Hurts (89.1%).

Murray’s accuracy shone through on a pinpoint completion to Christian Kirk between two defenders on third-and-16 in the second quarter. The same receiver was on the end on a perfectly lofted fourth-down pass to set up what proved the game-winning field goal, Murray putting the ball in the ideal spot despite having to deliver off his back foot with two defenders in his face.

Yet the Cardinals’ approach was not simply one where they relied on Murray to pull rabbit after rabbit out of his hat. There was a clear effort from Kingsbury to make Murray’s life easier, much of which centered around the rookie receiver Moore.

Arizona selected Moore in the second round this year despite doubts over an extremely spotty injury history, and his explosiveness has weaponized the Cardinals’ short passing game.

Kingsbury has regularly utilized screens and pop passes to Moore – and they will remain staples of Arizona’s passing attack in 2021 so long as the former Purdue star continues to maximize their upside, as he has done in the first two weeks.

Registering a burn, which is when a receiver wins his matchup with a defender on plays where he is targeted, on 69.2% of targets, Moore’s average depth of target is just 4.3 yards – tied for the seventh lowest in the NFL. However, he leads the league in burn yards per route with 16.5.

The Cardinals have managed to get similar efficiency out of receivers with more experience in the offense. Kirk (15) and Hopkins (14.6) are each in the top 15 for wide receivers in burn yards per target and are above the league average of 4.7 for burn yards per route with 7.5 and 5.7, respectively. Kirk, ninth in the NFL with an average depth of target of 17.7, is producing at a level that suggests he could blossom into a premier deep threat in his fourth year.

The numbers are not as pretty for veteran free-agent addition A.J. Green (8.38 burn yards per target), but a touchdown on a screen pass in the third quarter and a 29-yard completion in which he got a step on Bashaud Breeland downfield, selling an inside move before drifting back outside, offer hope he could enjoy an unexpected late-career renaissance.

That is not to say there are no concerns, though. Murray’s pickable pass percentage of 4.84 is above the league average of 3.44 and each of his interceptions against Minnesota hinted at issues seeing the field.

He failed to spot linebacker Nick Vigil lurking underneath as he attempted to find Kirk in the soft spot in the zone, resulting in a Vikings Pick 6. And his second interception was a poor decision in which he tried to force the ball downfield against a two-deep safety look.

Those valleys are ones Kingsbury can live with, however, when the peaks Murray frequently delivers belie a stature that had plenty questioning whether he could make it at the highest level. Murray will need more than two remarkable showings against defenses each ranked in the bottom 10 in the league in yards per play allowed to make a convincing argument that the Cardinals are ready to contend and he is worthy of MVP consideration.

Still, the evidence to this point has been pretty compelling. The Cardinals’ offense boasts the explosive element that was present in the first half of last season, but with the addition of Moore and to a lesser extent Green, has also grown more diverse.

The menu of options available to Murray has expanded and while tougher tests lie in wait, the early signs are that Arizona’s burgeoning offensive arsenal can finally satisfy the appetite for playoff football.