Nickel Coverage: What the Rise of the Rookie Wideouts Means for Future NFL Drafts | The Analyst 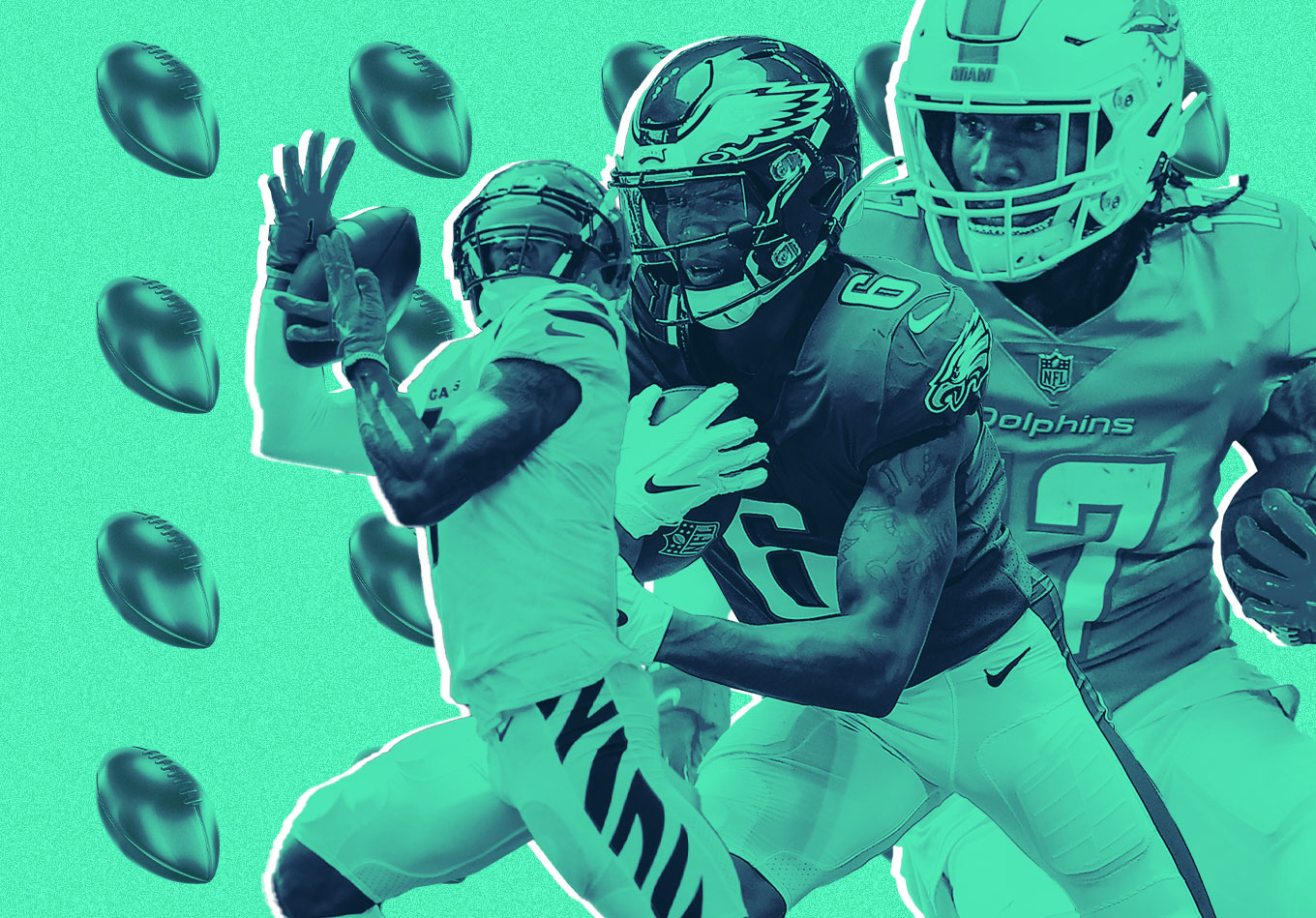 Nickel Coverage: What the Rise of the Rookie Wideouts Means for Future NFL Drafts

In our weekly analysis called Nickel Coverage, we reveal the key developments from Sunday’s NFL slate after reviewing the game film, historical data and advanced metrics.

Each of the top three wide receivers taken in the 2021 NFL Draft entered Week 1 of the season facing pertinent questions.

Could Ja’Marr Chase shake off his drop-laden preseason and revive his rapport with Joe Burrow? Can DeVonta Smith excel despite his slender frame? Will Jaylen Waddle be able to mesh with Tua Tagovailoa again amid concerns over his college quarterback’s arm strength?

It is important not to be a prisoner of the Week 1 moment, with the opening slate of games notorious for enticing observers into mistaken conclusions.

However, after all three played major roles in wins for the Cincinnati Bengals, Philadelphia Eagles and Miami Dolphins, respectively, the answer to each of those queries is, for now, a confident yes.

The trio all found the endzone in their NFL debuts, making league history in the process.

Indeed, the 2021 season is the first in the common-draft era in which three different rookie wideouts that were each selected in the first round scored on a touchdown reception in Week 1.

And their performances provided plenty of encouragement they will each vindicate their lofty draft statuses.

The highlight of Chase’s 101-yard showing in Cincinnati’s win over the Minnesota Vikings was a 50-yard touchdown catch from college teammate Burrow on a perfectly thrown ball on which the fifth-overall pick took advantage of soft coverage from Bashaud Breeland.

But a receiver whose ability to separate was questioned prior to the draft also excelled at getting free from coverage on third down. Registering a burn, which is when a receiver wins his matchup on a play where he is targeted, on four of his seven targets, Chase finished the game with 14.4 burn yards per target – ninth among receivers who were thrown to at least five times – with an average depth of target of 15.7 yards.

His debut effort and the numbers he produced should raise hopes he can rely more on his route-running to beat defenders rather than the physical approach that defined his success at LSU.

Separating from defenders was never an issue for Waddle at the college level, with preseason concerns aimed more at his quarterback than the former Alabama star.

As a rookie, Tagovailoa did not produce much to suggest he would gel with a speedster who won his matchup with a defender on 78.1% of his 2020 targets and averaged 20.0 burn yards per target to lead the Power 5 in his final year with the Crimson Tide.

Yet this pair of college teammates also had their connection from 2019 cooking again as the Dolphins knocked off the New England Patriots in Foxborough.

They did so largely through intelligently adapting Waddle’s traits to the short passing game, giving him chances to run after the catch and using him in motion to stretch and deceive the Patriots’ defense, as they did on his touchdown that eventually proved the game-winner.

There was also a play that could have been plucked straight from Waddle’s Alabama tape as he got a step on a defender while running vertically and worked his way back to the ball, leaping over the covering cornerback for a 36-yard reception.

With a burn on four of his six targets and 13.1 burn yards per target, Waddle’s numbers did not quite match up to those of Chase, but if he continues to stress defenses working horizontally and vertically, he will be a substantial asset to the Miami passing game.

Waddle will have hot competition for the title of best Alabama receiver from this draft, though, at least if Smith continues on his early trajectory from the Eagles’ 32-6 defeat of the Atlanta Falcons.

Open on six of his eight targets, Smith’s six-catch, 71-yard showing was not one in which he relied on his excellent route-running ability. He instead found holes in the Falcons’ zone coverage in a game where he was a favored receiver for Jalen Hurts, who was second among quarterbacks with at least 10 attempts with a well-thrown ball percentage of 87.5.

Yet his 19-yard touchdown offered a snapshot of what he can do in that regard as he patiently released to the outside against man coverage, sending his defender into a pick play from tight end Zach Ertz. With open space now at his disposal, Smith accelerated before expertly tracking the ball into his grasp in the corner of the end zone.

For both Smith and Waddle, their early success was a continuation of how they performed in college, while Chase demonstrated encouraging progress in an area of the game considered to be a weakness.

Selecting a wide receiver in the top 10 is considered a gamble by many, but the early payout from this trio suggests they may prove worth the risk.