How Vieira’s Tactical Revolution Is Taking Shape at Crystal Palace 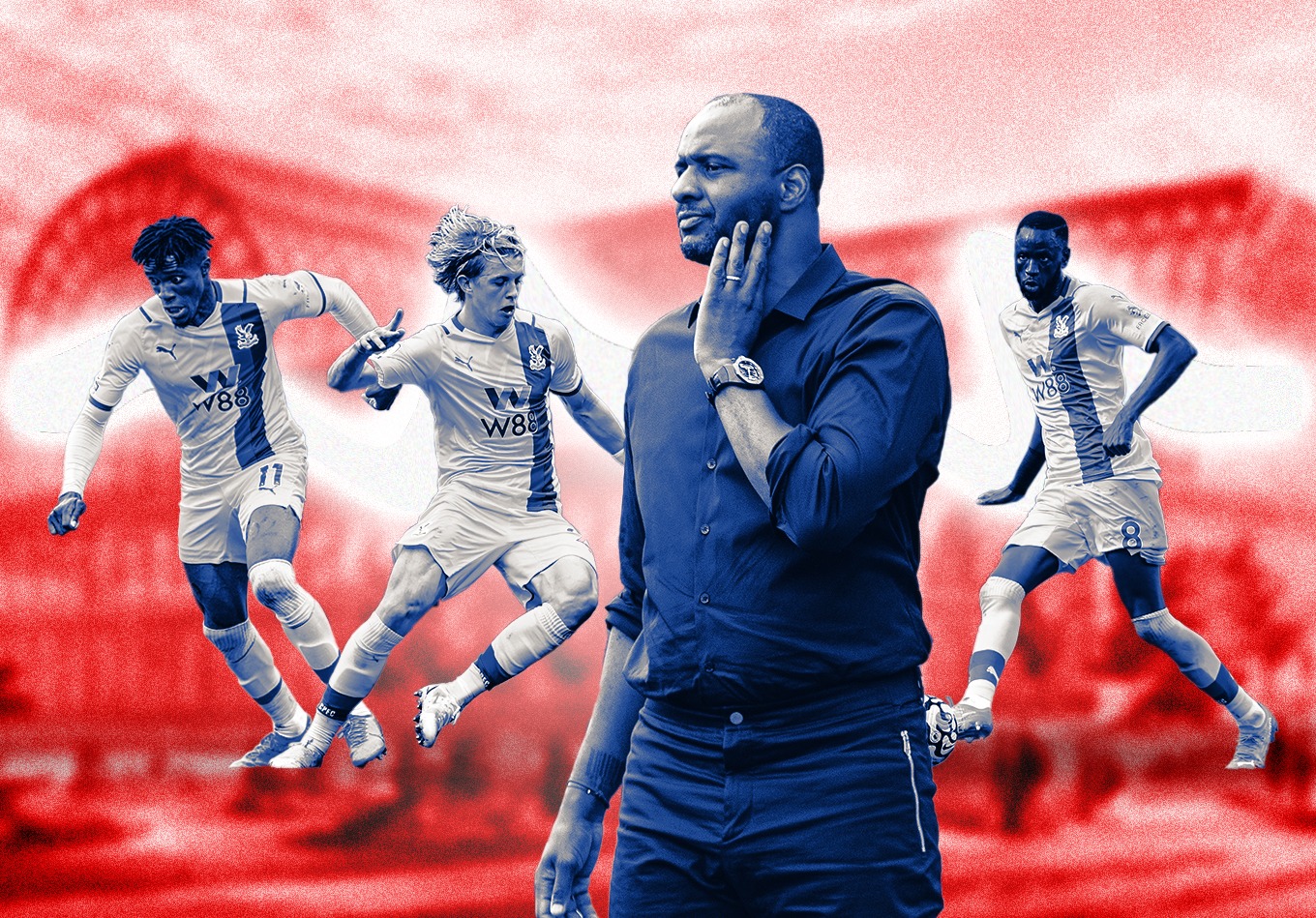 In the aftermath of an opening day defeat at Chelsea, even the most optimistic Crystal Palace fans will have had a private wobble at some point that evening when thinking about the season ahead. Thomas Tuchel’s side were dominant in every department. Palace were ghosts haunting Stamford Bridge, an apparition of a Roy Hodgson team that Chelsea simply walked straight through.

It appeared to confirm fears that Patrick Vieira’s tactical revolution would be too swift, that to turn away from Hodgson’s old-school banks of four would require a very different style of player to those at the new manager’s disposal and certainly a higher calibre of signings than the young and inexperienced batch that arrived at Selhurst Park over the summer. Few Premier League teams attempt such a dramatic shift from a backs-to-the-wall system to a high-press and make it work. Fewer still dare to attempt it when dangling so close to the relegation zone.

But fear not: the Chelsea game was an anomaly and Palace’s current position in the table a red herring. A deep dive into the data behind their first five Premier League games under Vieira reveals a new tactical system taking shape at surprising speed.

The most eye-catching change has been Crystal Palace’s higher line of engagement. Gone is the tortoise-in-its-shell look, the hunched 4-4-2 that shuffled from side to side on the edge of the penalty area. Vieira’s Palace go after teams, pressing right into the final third during the opponent’s first sequence of possession (e.g. from a goal kick) before hunting the ball down with greater urgency once it enters the middle third of the pitch.

Take out the Chelsea game – Crystal Palace’s passivity in this one badly skews the data – and they rank fifth in the league for PPDA, with 11.3 per game, and fifth for pressed sequences (how often a team interrupts an opponent’s possession in the final third), with 15 per game. In 2020-21 Palace finished fourth-bottom on both counts, and directly comparing the same fixtures from this season to last season (but again removing Chelsea) Palace’s PPDA has gone down markedly from 14.0 to 11.2.

That is a significant shift, characterised by an industrious forward line who – now remaining high in a narrow 4-3-3, rather than dropping into the midfield line of a 4-4-2 – are leading the charge from the front. Jordan Ayew’s possessions won in the middle third, for example, are up from 1.8 per game last season to 3.1, while re-deploying Cheickhou Kouyate in his favoured midfield position and instructing Conor Gallagher and James McArthur to press high up the pitch has also played a big part.

The standout example was the 3-0 win over Tottenham Hotspur, whose alarmingly disjointed ball progression under Nuno Espírito Santo gave Palace the opportunity to press hard, disrupt Spurs’ rhythm, and win the ball; their PPDA of 7.7 in that game is currently the third-lowest of any Premier League match this season.

Pass the Ball, Keep the Ball

The defensive transformation at Palace is complemented by a dramatic shift in what they do on the ball, as Hodgson’s wearying propensity for long balls into the channels and quick, individualistic counter-attacks down the flanks – often playing out as Wilfried Zaha’s one-man charge of the light brigade – gives way to carefully worked possession football.

This is largely thanks to the introduction of a new centre-back partnership of Joachim Anderson and Marc Guehi, who both possess a more assured first touch and greater passing range than any defender that played under Hodgson.

Again, the stats bear this out. Most obviously, their average possession is up from 42.9% to 49.2% while the percentage of their total passes measured as ‘long’ is down from 14.5% to 12.7%. But the more advanced data also provides evidence of a more patient passing game: Palace’s average number of passes per sequence has risen from 2.8 to 3.1 while the distance the team moves up the field per sequence has dropped from 11.3 to 10.0 metres. Furthermore, the average length of their sequences has increased from 7.3 seconds in 2020-21 to 8.2 seconds this term.

If these seem like small changes, bear in mind Palace have played three of the ‘Big Six’ in their first five games. A direct comparison to the corresponding four fixtures from 2020-21 is more revealing: Palace’s number of 10+ passing sequences in open play has risen from 4.0 to 7.8 per match. The move towards possession recycling, and short passing out from the back, will only become more pronounced with time.

But passing gracefully out from the back does not mean slow or boring football, and in fact, one of Vieira’s key principles is to break quickly into the final third once possession is won high up the pitch. In that regard he is more of a Kloppite, using the hard press to snatch the ball in a dangerous area and make immediate use of the space. To prove the point, it is worth noting that while Palace’s passing stats are considerably higher this season they are only up in their own half (213.6 per game compared to 143.4 per game) and actually down in the opposition half (132.8 per game compared to 138.4 per game).

If there’s one feature of Palace’s play that’s really caught the eye it is the sight of Conor Gallagher, tearing forward from midfield to join the attack. His intelligence and vision has ensured Palace’s pressing is quickly turned into goalscoring opportunities and the on-loan Chelsea midfielder has already created seven chances this season.

His influence – and his goals – has clearly been the driving force, but even more surprising is the way James McArthur has been bursting forward. McArthur’s dribbles have gone up from 0.8 to 2.0 this season, and he’s breaking forward into the attacking third three times per game, up from 2.7 last season. He reflects a trend across the team to attack directly once the ball is pinched in the opposition half.

Along with the energetic Gallagher, a front three given specific instructions to stay high and narrow, and now the ruthless finishing of Odsonne Edouard, Palace have found a way to press high and attack quickly – all while holding more of the ball. Considering how tough Vieira’s first five league fixtures have been, and considering the scale of the modernisation needed after the Hodgson years, that is seriously impressive.