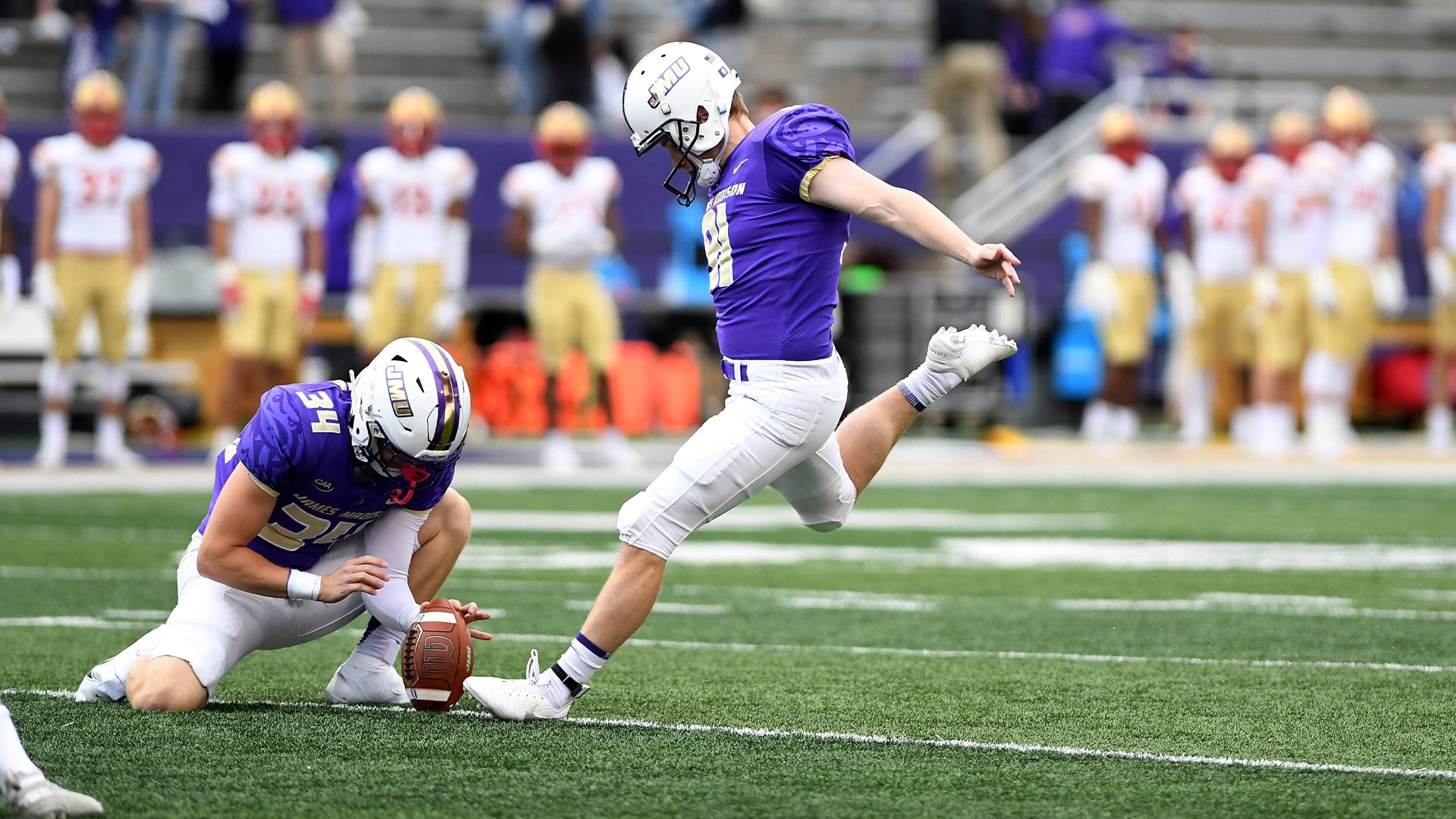 In addition, Duquesne earned National FCS Team of the Week.

Schwarting had a hand in all five Charleston Southern touchdowns as the Buccaneers opened their season with a 38-21 win at crosstown rival The Citadel. He tied the Big South single-game record with four TD receptions and threw a 6-yard scoring pass. Catching six passes, his 151 receiving yards were the most by a Charleston Southern player since 2011.

Cuvelier fueled a fierce UNI defense that forced six turnovers in a 34-16 road win over Sacramento State. He recovered first- and third-quarter fumbles in Sac State territory (he forced one of them) to set up the Panthers for touchdown drives. He also recorded a game-high 15 tackles, reaching double figures for the 10th time in 19 career games with the Missouri Valley Football Conference program.

Ratke accounted for 13 points in James Madison’s 55-7 CAA win over Maine while becoming the FCS all-time leader in points by a kicker (417) and tying the career record for field goals (75). He kicked field goals of 41 and 21 yards and was 7-for-7 on PATs in his 46th career game. The All-American has made 18 straight field goal attempts and at least one in 23 straight games since the 2019 season.

The younger of coach Deion Sanders’ two sons on the Jackson State squad completed 30 of 40 passes for 362 yards and three touchdowns as the Tigers beat Tennessee State 38-16. His completions were a record for the Southern Heritage Classic, and the passing yards were the most by a JSU quarterback since 2015. He connected with nine different receivers, and the scoring passes went for 14, 67 and 10 yards and built a 24-7 lead.

The Dukes (1-1) became the first Northeast Conference member to defeat an FBS program. Transfer quarterback Darius Perrantes, making his first start, had a touchdown rush and a scoring pass in the second half, and the defense denied Ohio on a two-point attempt after it pulled within 28-26 with nine seconds left. Brian Bruzdewicz kicked four field goals and the Dukes controlled over 41 minutes of game clock.