Cover 3: Our Must-See Matchups and Why Week 3 Is Critical for More Than Half the NFL | The Analyst 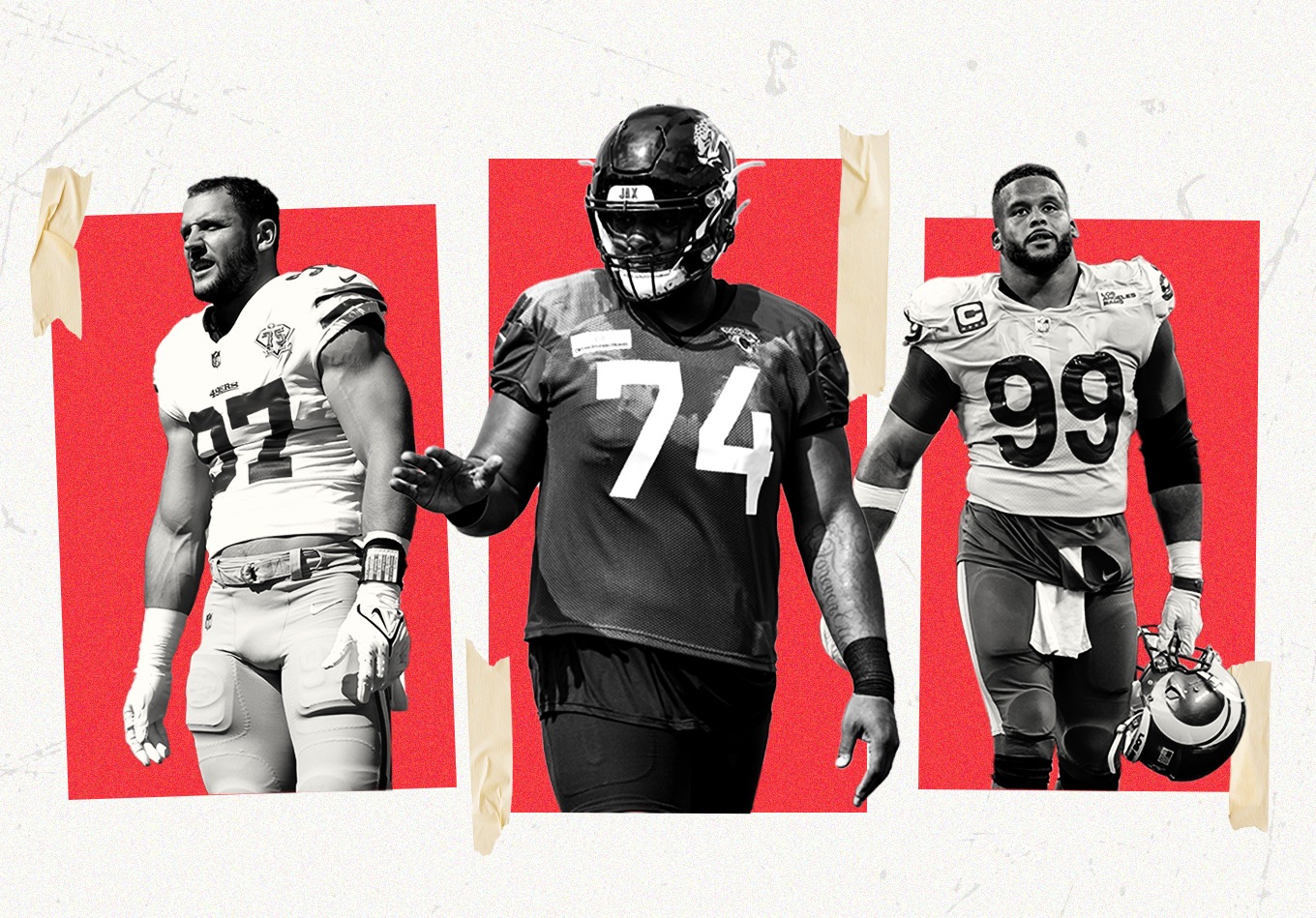 Cover 3: Our Must-See Matchups and Why Week 3 Is Critical for More Than Half the NFL

It may only be Week 3 of a regular season that extends into January, but the playoffs are essentially on the line for several teams.

More than half of the league split their first two games, with 18 franchises sporting a 1-1 record after Week 2 – including three teams in the NFC East, three in the AFC East and all four in the AFC North.

For those .500 teams, their Week 3 result could go a long way in deciding their playoff fate. Historically, the difference between earning a postseason berth and missing the playoffs altogether between teams improving to 2-1 or dropping to 1-2 is massive.

Over the last completed 31 seasons dating to 1990 – when the NFL expanded the playoffs to six teams – there have been 442 instances of teams splitting their first two games. Of those 442 occurrences, 223 teams improved to 2-1, and 130 of those teams made the playoffs, or 58.3%.

Yes, seven teams now make the playoffs, and yes, it is now a 17-game season, so teams have a greater opportunity to make the playoffs than ever before, but the prospect of digging out of an early hole isn’t ideal.

There are six games this weekend pitting 1-1 teams against each other, and our Week 3 viewing guide conceived by our watchability index begins with …

Reasons to Watch: Wait, what? You’ve just been droning on and on about the importance of this week for 1-1 teams and now you’re telling me a 2-0 Cardinals team going up against a winless Jaguars team that has looked completely inept is a game worth watching?!

On the surface, we admit this game doesn’t look all that compelling, but our index projects this to be among the most intriguing and competitive matchups of Sunday’s early slate.

After truly escaping last week with a 34-33 win over the Minnesota Vikings, gift-wrapped by a 37-yard missed field goal as time expired that left the Vikings radio announcers flabbergasted, Arizona is seeking its first 3-0 start since 2015 – the last time the franchise made the playoffs.

Kyler Murray has the offense rolling, ranking first in the NFL with 72 offensive points scored, thanks to its big play potential. Murray leads the league with nine passing plays of 25 yards or more, and among QBs with at least 40 attempts, his well-thrown percentage of 88.7 also tops the NFL. Well-thrown percentage measures how often a quarterback makes an accurate, on-target throw.

On the other end of the spectrum, we’ve got the Jaguars and Trevor Lawrence. Jacksonville ranks 30th in offensive scoring efficiency at 17.4%, capping just four of its 23 offensive possessions with points (four TD drives, 0 FGs made), while Lawrence’s pickable pass percentage of 6.25 trails only the man selected one pick after him in this past April’s draft, the New York Jets’ Zach Wilson at 11.59 for the worst in the league among QBs with a minimum of 40 throws. Pickable pass percentage measures how often a quarterback throws a pass that could or should be intercepted.

We get it, we’ve done nothing yet to sell you on watching this game given how one offense soars and the other sputters, but the play on the line of scrimmage when Jacksonville has the ball could narrow the gap.

Anchored by left tackle Cam Robinson and left guard Andrew Norwell, the Jaguars’ offensive line has done a solid job of protecting Lawrence, permitting just two sacks. Robinson has won 87.8% of his 49 one-on-on matchups this season, while Norwell has won 93.1% of his 29. The league average of win percentage on one-on-one matchups for tackles is 79.7%, 76.5% for guards and 73.4% for centers.

Jacksonville has leaned heavily on Lawrence’s arm, passing on a league-high 72.9% of its 118 offensive plays, but when it does choose to keep the ball on the ground, the line has been able to create a solid push. The Jags lead the league in percent of rushing plays gaining 4.0 or more yards at 62.5, with 20 of their 32 runs picking up four or more yards. They’ve also only had one rush go for negative yards – the second-best mark in the NFL.

On the opposite side of the ball, Arizona’s Chandler Jones grabbed the headlines with his five-sack performance in the Cardinals’ 38-13 win over the Tennessee Titans in the season opener, but he wasn’t nearly as disruptive against the Vikings last week. Jones was credited with a pedestrian four QB pressures – any play with a full or half sack, hit, hurry or knockdown. J.J. Watt has yet to be much of a factor since relocating to the desert, registering two QB pressures on the season. Outside of Jones, Arizona hasn’t been able to generate much of a pass rush, so Jacksonville’s focus up front will be neutralizing him.

Reasons to watch: Oh, I don’t know, it’s only a matchup between two unbeatens that feature two of the NFL’s top offenses led by two of the league’s premier passers who also happen to play on teams that boast two of the league’s most-feared defenses. Other than that, not much going on in this one.

Tom Brady and the Buccaneers have picked up right where they left off from last season’s Super Bowl championship. The Bucs scored the most points of any team in a game this season with last Sunday’s 48-25 victory over the Atlanta Falcons to give them 79 points on the season – the franchise’s most after two games all time. With four TD passes in Week 1 followed by a five-TD performance against the Falcons, Brady is the fifth player all time to throw for at least four TDs in each of his first two games of a season and his nine touchdown passes are his most ever through two weeks of a season.

Brady’s counterpart, Matthew Stafford, has jumpstarted a Los Angeles team that ranked 23rd in offensive points scored last season, throwing five TD passes – the most by a Rams QB through two weeks since Sam Bradford also had five in 2013. Los Angeles ranks first in scoring efficiency at 57.9%, finishing off 11 of their 19 offensive drives with points (seven TD drives, four FGs made) and is the only team to have scored a touchdown in each of its first offensive possessions in both games.

It will be interesting to see how Tampa Bay decides to attack the Rams’ highly touted defensive stars. So far, Brady has faced Donald and Ramsey each three times and has not been sacked or intercepted by either. Tampa Bay’s offensive line faces the daunting task of blocking Donald, but the Bucs should be up to the challenge.

Right guard Alex Cappa has won 92.9% of his 28 one-on-one matchups, left guard Ali Marpet has won 89.3% of his 28 matchups, while center Ryan Jensen has won eight of his 10. Donald has 20 pressures – second most in the league behind the 24 by the Las Vegas Raiders’ Maxx Crosby – but Brady is proficient when under duress, tossing a well-thrown pass on 82.4% of his 17 attempts when under pressure – fourth-highest mark in the league among QBs with at least 15 pass attempts under pressure.

Ramsey figures to cover Mike Evans but if the league’s highest-paid cornerback doesn’t allow him to get open, Brady has plenty of options of where to look to throw, starting with Chris Godwin. Among receivers with at least 10 targets, Godwin’s burn percentage of 88.9% leads the league. Burn percentage calculates when the targeted receiver does his part to achieve a successful play regardless of the quality of throw by the quarterback.

The last time Aaron Rodgers, Jimmy Garoppolo, Nick Bosa and Dee Ford were all on the same field was in January 2020, when the San Francisco 49ers rolled to a 37-20 win over the Green Bay Packers in the NFC championship game to secure a berth in the Super Bowl. Injuries across the board last season derailed any title hopes for the 49ers, but championship aspirations are once again in the picture with a healthy Garoppolo, Bosa and Ford back in the fold.

The Packers looked nothing like a Super Bowl contender with an ugly 38-3 loss to the New Orleans Saints in the season opener before the reducing the anxiety of a nervous fan base with a 35-17 win over the Detroit Lions this past Monday night. Aaron Rodgers looked like his old self against the Lions with four TD passes after just looking old against the Saints with 133 passing yards and two interceptions.

While San Francisco’s rush defense is sensational, its secondary is suspect. The Niners’ 37 QB hurries are second only to the Pittsburgh Steelers’ 38, while Bosa’s 15 QB pressures rank sixth among all defenders. Bosa has won 40.5% of his 37 rushes on the quarterback, Ford has won 45.5% of his 22 rushes and Arik Armstead has won 60.7% of his 28 rushes. The league average for edge rushers is 22.0%, though Armstead often rushes from the inside as well.

Bosa recorded a pair of sacks last week against the Eagles, as San Francisco improved to 9-2 in games when he has at least one (including playoffs). Defensive tackles Kevin Givens and Javon Kinlaw like to stunt, so communication between Green Bay’s young rookie interior linemen is paramount. If the Packers can keep Rodgers up right, however, he should be capable of taking advantage of a susceptible secondary.