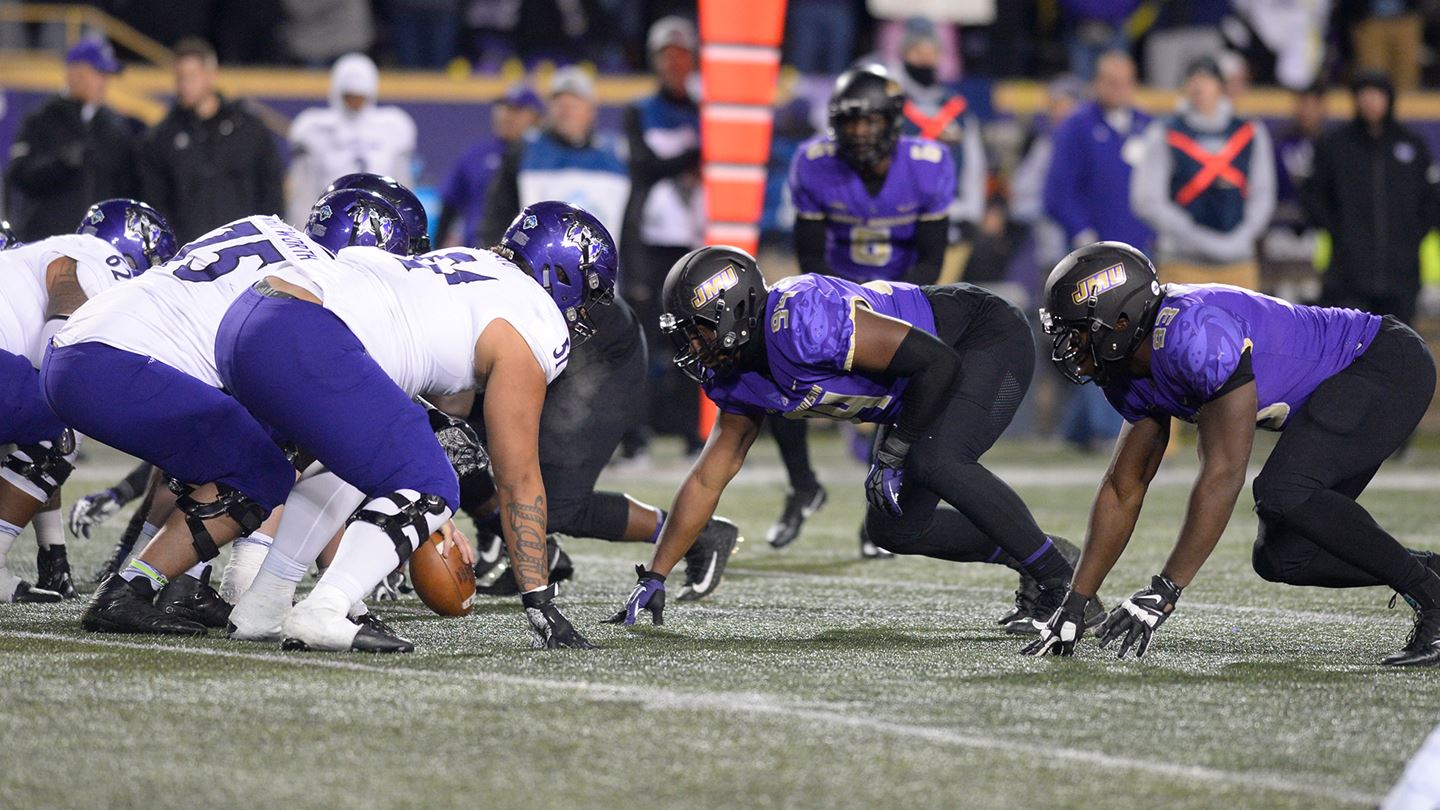 Just thinking of the bone-crushing plays ahead in Saturday night’s James Madison at Weber State showdown should be enough to set the whirlpool at full blast already.

The first Top 10 matchup of the young FCS college football season figures to be the only one between nonconference opponents. Third-ranked James Madison (2-0) and ninth-ranked Weber State (1-1) are primed for their third all-time meeting, although it’s their first in the regular season following JMU home wins over the Wildcats in the FCS playoffs – 31-28 in the 2017 quarterfinals and 30-14 in the 2019 semifinals. A small handful of current players participated in both games.

JMU, whose 2,050-mile trip to Stewart Stadium in Ogden, Utah, is the farthest west in its 50-year football history, has won its last 18 regular-season games. Weber, which beat Northern Iowa in the most-recent Top 10 nonconference game in 2019, has won 21 of its last 22 regular-season games against non-FBS opponents.

James Madison quarterback Cole Johnson has left a previously inconsistent career behind him since the start of the spring 2021 playoffs. He’s thrown for at least two touchdowns in each of the Dukes’ last five games, and 16 overall against only three interceptions while averaging 280.6 passing yards per outing on over 69 percent accuracy (the splits are even better this fall). Weber State probably will undergo a change behind center after starter Bronson Barron left last Saturday’s game at Dixie State with a knee injury. Backup Randall Johnson is more mobile than Barron and made his one spring start against Northern Arizona memorable with a game-winning, 50-yard TD pass on the final play. Kylan Weisser and Creyton Cooper also are in the QB picture.

Different years and different teams, of course, but James Madison dictated ball control in the two playoff matchups against Weber State, which is usually a winning staple with the Wildcats. Curt Cignetti was in his first season as JMU’s coach for the 2019 matchup when the Dukes ran 32 more offensive plays and had a 17-minute, 52-second advantage in time of possession. Weber State’s Jay Hill coached in both playoff meetings, and JMU also ran 27 more plays and had a plus-5:18 TOP in the 2017 quarterfinal. In the Cignetti era, the Dukes have won TOP in 20 of 26 games, and have a 23-3 overall record. Under Hill, whose first season was in 2014, Weber is 44-13 when winning TOP and 9-19 when below the even mark – 53-32 overall in a tenure that has him tied for the school’s all-time coaching wins record.

Points at a Premium

“Purple People Eaters” are associated with defense, and both teams have stingy units, especially with physical defensive lines. In the Cignetti era (since 2019), James Madison has allowed only 15.4 points per game, ranking second in the FCS during that time. The Dukes haven’t allowed a touchdown in the first half of their last three games. Since the same 2019 season, Weber State ranks 11th in the FCS in scoring defense, surrendering only 20.7 points per game, and it allowed only a field goal to its lone FCS opponent (Dixie State) this season. The Wildcats have led the Big Sky Conference in fewest points allowed per game for four straight seasons through the spring (not including Montana’s two-game nonconference schedule in April). Despite the teams’ injuries, both enter the game with two players who have double-figure tackle totals, James Madison linebackers Diamonte Tuckey-Dorsey (13) and Kevin Azanama (10), and Weber strong safety Preston Smith (12) and defensive end George Tarlas (12).

The third dimension to football is big with both teams. James Madison’s Ethan Ratke delivered a walk-off field goal in the 2017 quarterfinal, and he’s the FCS career points record-holder for a kicker (417) and is tied the most field goals (75), including at least one in the Dukes’ last 23 games. The CAA Football program has long been strong on returns, but regular kickoff returner Solomon Vanhorse was suspended from the team this week. The Dukes’ coverage teams may be more important, however, given Weber State features Rashid Shaheed, whose sixth career kickoff return for a touchdown in the opener at Utah tied the FCS record. He’s averaging 29.9 yards on 72 kickoff returns and 12.1 yards on 37 punt returns in his career. To date, 119 FCS teams have played at least one game this season, and JMU is tied for 12th in punt return defense (none of Harry Kelly’s punts have been returned) and 26th in kick return defense. In an odd career breakdown, Weber kicker Kyle Thompson is 3-for-7 on field goal attempts inside 40 yards and 2-for-3 beyond that distance, with a long of 51.