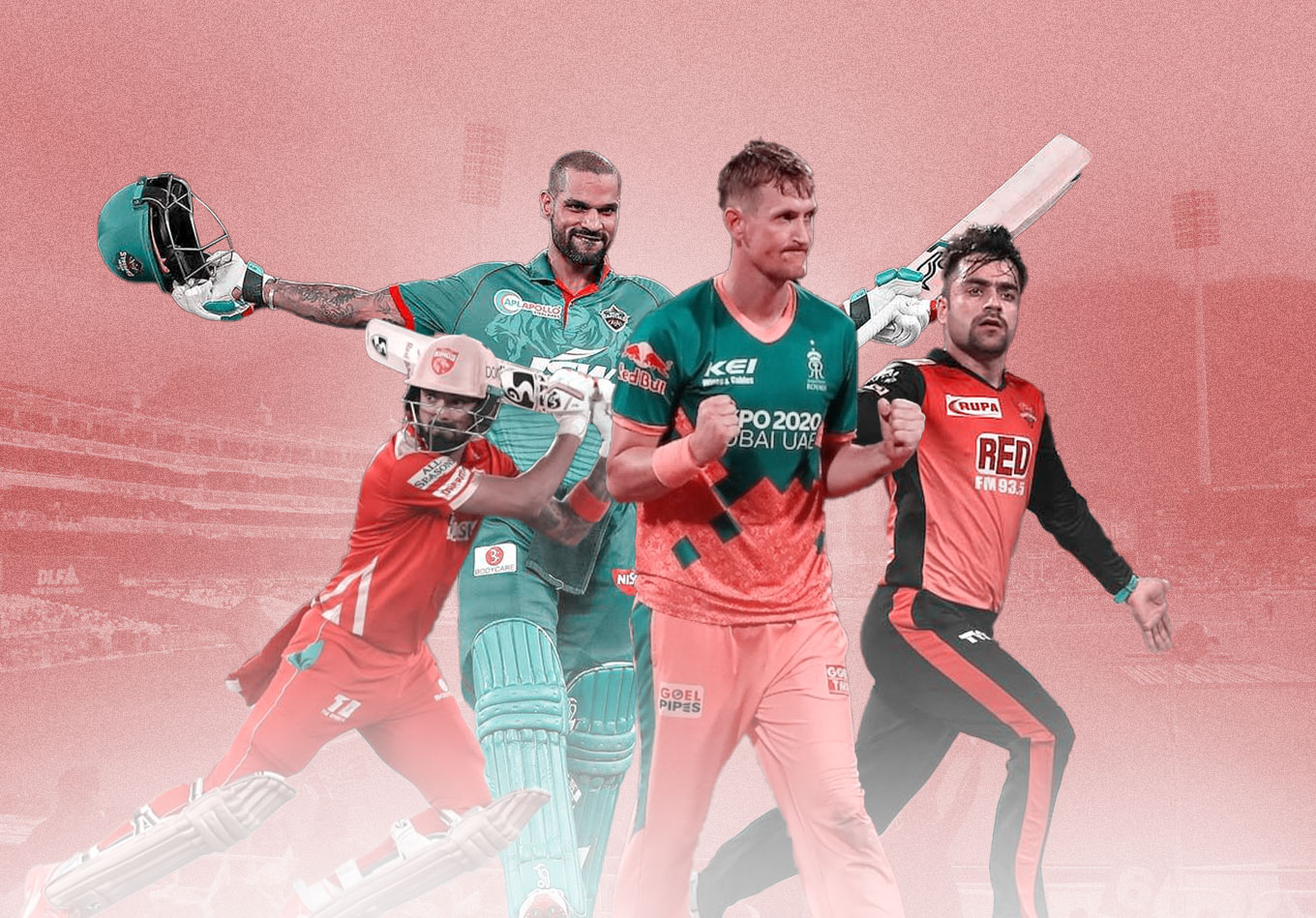 It seems an eternity ago that the 2021 IPL campaign got underway and was subsequently halted halfway through the group stage. Four and a half months is a long time and a lot has happened in the world of cricket since then. International tours have come and gone, T20 World Cup squads have been announced, even Lasith Malinga, the IPL’s leading wicket-taker no less, has announced his retirement from the game.

The first half of the 2021 IPL campaign took place in India across four venues. Now though, the tournament switches to the go-to ‘neutral’ venue for cricket, the UAE. The same location (along with Oman) that will host the 2021 Men’s T20 World Cup, just two days after the conclusion of the IPL campaign.

Here we take a look at where we left off with some team and player rankings across some familiar and some less familiar metrics. All the teams are still in the hunt for the post-season action, even Sunrisers who have picked up just one win from their seven games so far.

Let’s look at the data and work out who has the best chance of progressing.

Despite having missed out on India’s T20 World Cup squad, Shikhar Dhawan is the top scorer in the IPL this season. In fact, only Virat Kohli (6,076) has scored more runs than him (5,577) in the history of the competition.

AB de Villiers is classed as one of the best cricketers of his generation and his ability to win games for whatever side he is representing is immense. He has a competition high 146 runs in the death overs this season in the IPL, 73% of those runs coming from boundaries. Of the 17 players to score 50+ runs at the death only Ambati Rayudu (287) has a better strike rate than de Villiers (243).

Of players to score 50+ runs in the IPL this season, Sam Curran has the best strike rate (208) and best rate for hitting boundaries (one every 3.1 balls faced). He’s set to miss CSK’s first game of the restart but his low dot ball rate with the bat (20%, second-best) and high dot ball rate with the ball (43%, fifth-best of those with 10+ overs) make him a huge asset.

Shimron Hetmyer has emerged as one of the most exciting white-ball cricketers across the last few years, so no surprise he has the lowest batting dot ball rate of anyone to score 50+ runs this season. He has 84 runs across six innings so far, being dismissed just once, and achieving a strike above 200 (205).

AB may feature as a big hitter but he does so with a remarkable amount of control. 82% of his shots have seen him make a good connection, topping the charts for this ranking, ahead of two Australians, Marcus Stoinis and Glenn Maxwell. AB hit a century in a warm-up game this week, so look for him to continue where he left off back in May, dominating…

Chris Woakes has decided not to return for the second half of the 2021 IPL campaign, and he will be a loss for the Capitals. His dot ball rate of almost 50% is significantly better than any other player at the franchise (Axar Patel 40%). Mohammed Siraj returns after impressing in the Test series in England and his miserly bowling will be a real strength for RCB.

Delhi will miss Woakes but with Lalit Yadav they have someone to frustrate the batsmen, conceding a boundary just once every 16.5 deliveries so far. Moeen Ali will be playing in the IPL and alongside Ravindra Jadeja at CSK he will look to restrict the opponents from reaching the ropes.

Andre Russell only bowled 10 overs before the IPL suspended play back in May, but maybe he should have been used more. 42% of his deliveries were met with a false shot, taking seven wickets in those overs. An economy rate of 11.4, the worst of any player to bowl 10 overs, might have something to do with his lack of time with ball in hand, however.

Death over bowling is a unique skillset. Economy rates can be hard to control but wickets easy to come by as batsmen let fly. Harshal Patel has benefitted from this with 11 scalps, but an economy of 10.4 gives him something to improve upon. He’s bowled more death over balls (90) and conceded more runs (156) than any other bowler as well.

Just one bowler to bowler 4+ death overs has managed an economy rate below a run a ball, Siddarth Kaul. He’s also taken three wickets from his 28 death ball deliveries – maybe he will be entrusted with this role more often after the restart.