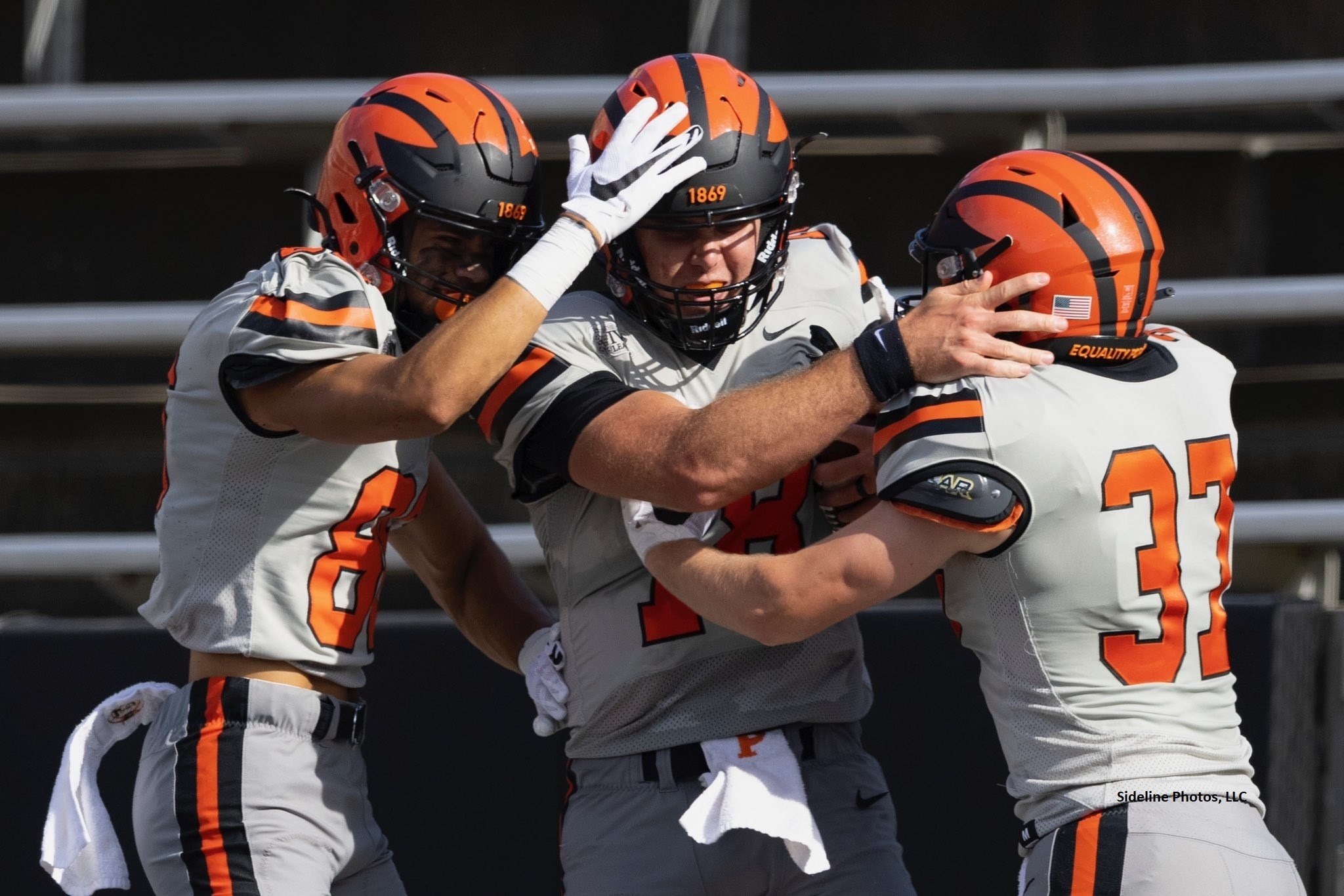 The 10 wins over FBS opponents had already made it a September to remember across FCS college football, but the month’s final week of action delivered once again as more teams settled into conference action.

The 4-0 teams – ETSU, Eastern Washington and UC Davis – have all earned it, going through FBS opponents to open their schedules. Then there’s the teams that should sense it’s getting late early, such as Weber State and Central Arkansas – ranked sixth and 14th, respectively, in the preseason, but off to 1-3 starts.

The best news? With two months left in the regular season, the action’s only going to get more intense.

Here are 10 takeaways from the Week 4 action:

‘Big 3′ are best out of conference

September will end with the Big Sky owning the most FBS wins in a season (four) since 2016, followed by six conferences with one each. The most wins against out-of-conference FCS opponents belong to the Missouri Valley (17-2), CAA Football (16-4) and Big Sky (11-7) followed by the Ivy League (8-4), Southern Conference (8-6) and Big South (8-7).

The first conference game in the one-year AQ7 lived up to the billing as top-ranked Sam Houston held off No. 25 Central Arkansas 45-35 for its FCS-leading 14th straight win. Quarterback Eric Schmid threw two touchdowns each to wide receivers Cody Chrest and Jequez Ezzard while the defending FCs champ built a 31-14 halftime lead. With his 246th career win, the Bearkats’ K.C. Keeler took over sole possession of 10th place all-time among coaches who have been at FCS schools for at least 10 years.

Sixth-ranked Eastern Washington (4-0) carved up Southern Utah 50-21 in a Big Sky opener behind Eric Barriere’s second straight game over 500 passing yards. Having passed for 542 yards at Western Illinois last weekend, the senior was 30 of 43 for 518 yards and four touchdowns in Cedar City, Utah. He is the first FCS player with consecutive 500-yard passing performances since Cornell’s Jeff Mathews in 2011 (521 versus Cornell and 548 at Penn).

Bobcats grinding after year off

Apparently, it’s possible for a team that advanced to the FCS semifinals in its most recent season to be under the radar. Montana State, under first-year coach Brent Vigen, has been a bit overshadowed by archrival Montana since the Griz’s season-opening win over a nationally ranked Washington squad. Following a 30-17, grind-it-out victory at Portland State to open its Big Sky schedule, the No. 13 Bobcats (3-1) have the most wins through September among the 27 programs that sat out the 2020-21 season (including newcomer St. Thomas and the eight-team Ivy League, which is only two games into its schedule). Isaiah Ifanse’ 217 rushing yards against Portland State were 10 off his career high and the fifth-highest in the last 25 Bobcats’ seasons.

The Pioneer Football League had eye-catching results to open its league schedule. Davidson not only ended San Diego’s 39-game PFL winning streak during the spring season, but the defending champ added on a 28-16 win, marking the first time an PFL opponent has beaten the Toreros in two straight meetings since 2010. The usually potent Toreros (0-4) are struggling offensively (12.5 points per game) and have lost five straight games since the spring, which hasn’t happened since a six-game slide between the 1998-99 seasons. In addition, transitioning member St. Thomas won its inaugural PFL game, routing Butler 36-0 as Tom Loeffler rushed for two touchdowns and Cade Sexauer passed for a pair.

A glitch in the statistics on Princeton’s athletic website on Saturday temporarily listed Stetson as scoring one point against the Tigers. Impossible, right? No, not just scoring one point in college football, but this year’s Ivy League favorite actually surrendering points (tough in cheek, of course). With their 63-0 rout on top of a 32-0 triumph at Lehigh, the Tigers have posted back-to-back shutouts for the first time since 1965. In the two wins, quarterback Cole Smith has accounted for eight touchdowns (six passing, two rushing) and the defense has 12 sacks for 80 yards in losses.

While using the extra season of NCAA eligibility, Samford quarterback Liam Welch knows how to be a super senior. Unfortunately for Welch, he had everything but the victory when No. 15 ETSU topped the Bulldogs 55-48 in overtime in the Southern Conference. He set school records for completions (56), pass attempts (73), passing yards (582) and total offensive yards (655). ETSU’s Quay Holmes rushed for 168 yards and two touchdowns, including a game-winning 13-yarder in the OT.

The CAA isn’t accustomed to subpar weeks, but when the conference had five losses to FBS opponents, William & Mary posted the only victory, edging Elon 34-31 to secure its first three-game winning streak since 2015, which also is when the Tribe (3-1, 1-0) last had a winning season. Quarterback Darius Wilson accounted for three touchdowns and running back DreSean Kendrick threw a 29-yard score to Cole Blackman. Elon surely didn’t game plan for Tribe tight end Lachlan Pitts, a senior who had one career reception entering the game, then caught four passes for 70 yards and two TDs.

That Holy Cross has won on the road over UConn, Yale and now 20th-ranked Monmouth 45-15 helps punctuate Merrimack’s 3-1 start because earlier this month the Warriors posted a 35-21 triumph over Holy Cross for their first win over an FCS ranked team. Louisiana Tech grad transfer Westin Elliott has made all the difference with the Northeast Conference program while passing for 15 touchdowns, including six (three to tight end/H-back Pat Conroy) in Saturday’s 47-10 rout of Delaware State. He was 21 of 23, setting the school’s single-game record for completion percentage (91.3), finishing with 336 passing yards.