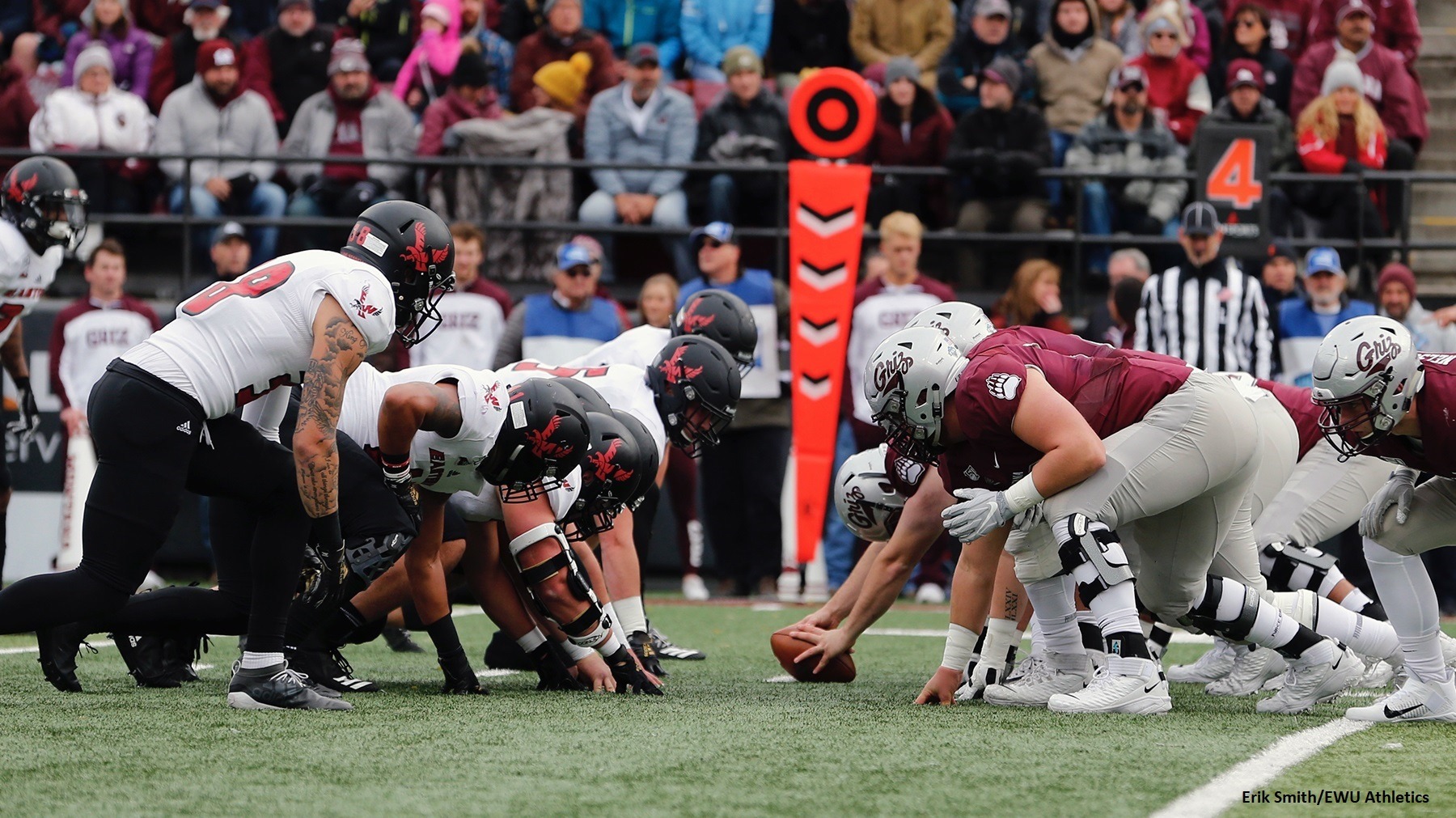 October is when college football shifts regularly into conference schedules, and the FCS isn’t skimping on big matchups on Saturday.

Add in rivalry games and national interest, and the atmosphere surrounding this week’s biggest matchups resembles the intensity of the postseason.

Here is a look into the four can’t-miss matchups that headline the Week 5 schedule (all times ET):

Both teams had byes last week heading into their rivalry matchup (North Dakota has a 62-48-3 series lead heading into their 114th meeting). North Dakota State has won 34 straight games after open weeks in the regular season and postseason, but UND sits on a 12-game home winning streak which is the third-longest active run in the FCS. In a 34-13 win in their spring matchup, NDSU nearly doubled up UND in rushing yards (320 to 162). This season, the Bison are No. 1 in the FCS in rushing yards per game (348.3) and yards per carry (7.9), with Dominic Gonnella’s 238 yards leading six players who are over 90 yards. The Fighting Hawks had two 100-yard rushers in a 38-0 shutout of Drake (Isaiah Smith, 125 in his debut, and Luke Skokna, 123) even with Otis Weah as a healthy scratch, but coach Bubba Schweigert said the All-American will play this week. UND has eight turnovers, but also eight takeaways.

There’s nothing like New Hampshire scheduling James Madison for Homecoming Day. Weren’t the New England Patriots available? While UNH sits atop the early CAA standings, it’s coming off the second-largest loss in program history, 77-7 at Pittsburgh. JMU has won four of the last five meetings with UNH, but fell 35-24 as the nation’s third-ranked team in a 2018 trip to Durham. Wildcats safety Evan Horn scored on a 75-yard interception return – one of six JMU turnovers in the game. Takeaways will be important for UNH, which forced nine in its three wins. Quarterback Bret Edwards (785 yards, 8 TDs to 1 INT) will have to move the offense, given JMU ranks third nationally in allowing only 36.7 rushing yards per game (the Dukes also are the best in the FCS since 2017). No FCS QB has more TD passes without a pick than the Dukes’ Cole Johnson (11), so it’s not surprising they rank No. 1 in scoring offense (53.3) and point differential (plus-119).

It’s hard to quantify how much SFA coach Colby Carthel’s fun posts on social media stir the pot, but defending FCS champion Sam Houston may consider it to be 100 percent smack. The Bearkats have won the “Battle of the Piney Woods” nine straight times at neutral NRG Stadium. They also have the longest winning streak in the FCS at 14. SFA has enjoyed a resurgence under Carthel, winning nine of its last 11 games, but five of the victories were against sub-Division I opponents. Ramon Jefferson has been over 100 rushing yards with at least one TD in each outing this season, helping the Bearkats to 533.3 offensive yards per game, ranking fourth in the FCS. QB Eric Schmid has spread 10 TD passes between seven receivers. Since Xavier Gipson’s SFA career began in 2019, he has a 17.2-yard average on 123 career receptions, but the gamebreaker’s average on 19 TD catches is 42.3 yards, which in that time is topped by only two other FCS players with at least 10 TD catches. Defensive end B.J. Thompson has 10 sacks in his last 12 games.

The week’s final game is a friendly get-together (yeah, right) in which both teams enter with top-6 rankings for the first time, although it’s the 17th time both are nationally ranked and the 28th in 47 meetings with at least one having that distinction. In a clash of styles, EWU is No. 1 in the FCS in passing yards per game (449.5) and total offense (635.8) and No. 2 in scoring offense (52.5), while Montana has allowed only seven points in each of its three games (two defensive scores; none through air). Not to be lost in Eagles QB Eric Barriere’s incredible start to the season (including 16 TD passes) is Dennis Merritt’s FCS-high nine TDs (seven rushing, two receiving). UM’s averages of 11 tackles for loss and 49 yards in losses pace the FCS, and it’s led by linebacker Patrick O’Connell (9.5 TFL for 54 yards). Quarterback Cam Humphrey has won all eight of his UM starts since 2019, with a 158.04 passer rating and 17 TD passes. EWU beat UM in 2010 in its first game after installing the famed red turf, and the Eagles are 5-0 on it against the Griz, 61-10 overall and riding an 18-game home winning streak (second-longest in the FCS).