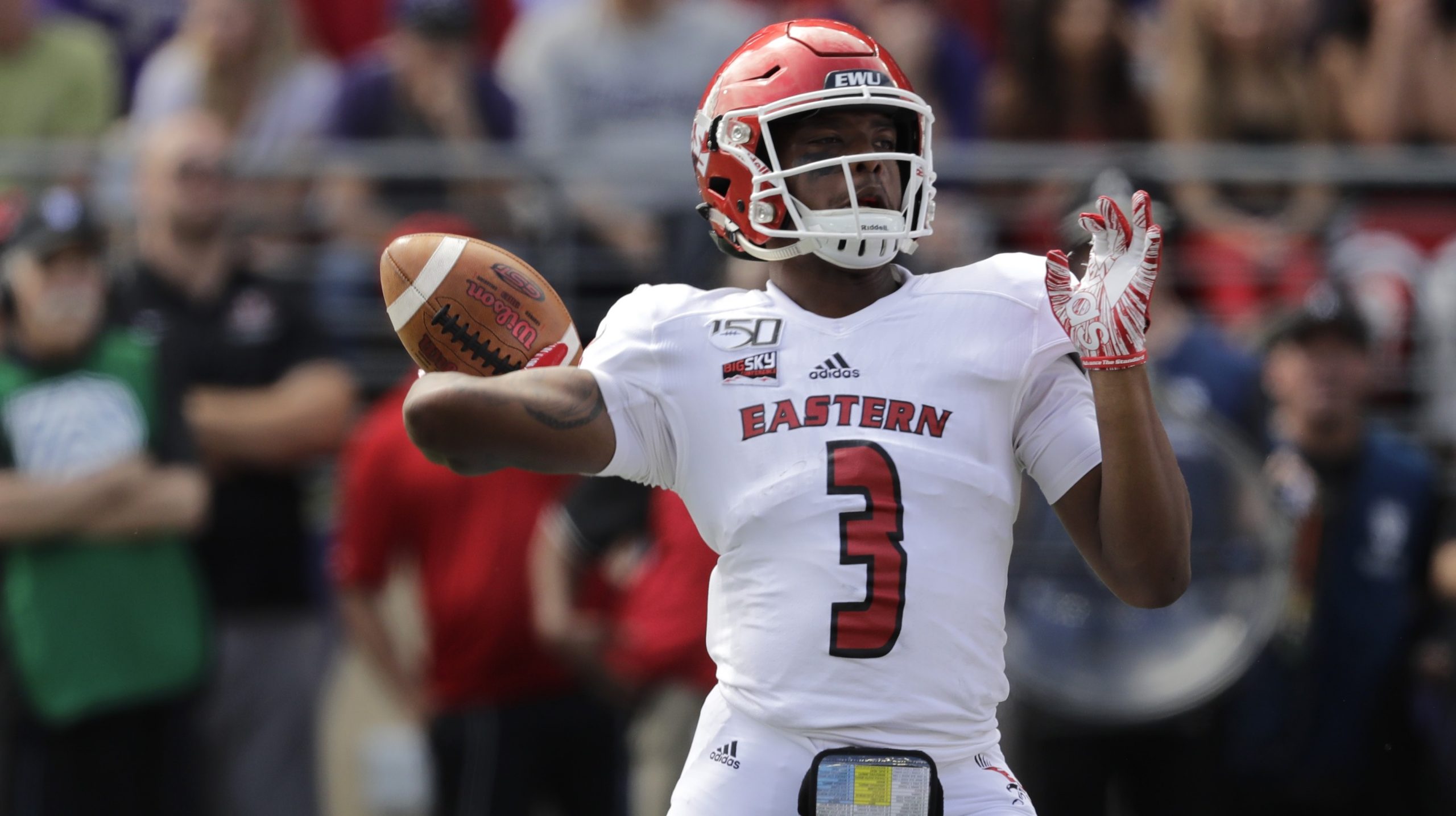 The reigning Big Sky offensive player of the year set the FCS record for passing yards in a half, throwing for 487 of his career-high 542 yards before halftime of the Eagles’ 62-56 win at Western Illinois. Barriere threw all six of his touchdown passes in the first half, including three that went for more than 50 yards. He completed 31 of 45 passes, adding 20 rushing yards to a school-record 562 yards of total offense.

Dobbs was the consistent defensive force as Holy Cross won at Yale 20-17, posting at least three tackles in each quarter and 13 overall. Four were behind the line of scrimmage for 18 yards in losses, including two fourth-quarter sacks. It was Yale’s first game since 2019, when it had the fourth-highest scoring offense in the FCS, and the two-time defending Patriot League champ held the Bulldogs to only a field goal in the final 40 minutes. Dobbs has posted double-figure tackles in four straight games.

Carr provided a pair of defensive extra points by blocking PATs during Maine’s 31-26 win over Merrimack. His first block was returned by teammate Kolubah Pewee Jr. 75 yards to give the Black Bears a 12-6 lead in the second quarter. After Merrimack pulled within 29-26 late in the third quarter, Carr blocked another PAT, recovered the ball and returned it 95 yards for the two points. NCAA records reflect it was just the third time in FCS history a team had two defensive extra points in a game.

Carter hauled in 18 receptions, the most by an FCS player this season and one off the school record, during Merrimack’s 31-26 loss at Maine. With 131 receiving yards, Carter went over 100 for the second straight week, and it included 13- and 10-yard touchdown catches. He also had three punt returns for 32 yards.

The Lumberjacks (1-2) beat a Pac-12 opponent for the first time, denying the Wildcats on a potential game-tying two-point attempt with 2:16 remaining. Posting the Big Sky’s fourth win over a FBS program this season, coach Chris Ball’s squad overcame a 13-0 deficit late in the first half. Brady Shough scored on a 28-yard interception return and the last of three defensive takeaways set up RJ Martinez’s TD pass to Hendrix Johnson in the fourth quarter. Linebacker Harrison Beemiller posted game highs of 10 tackles and 4.5 for loss.