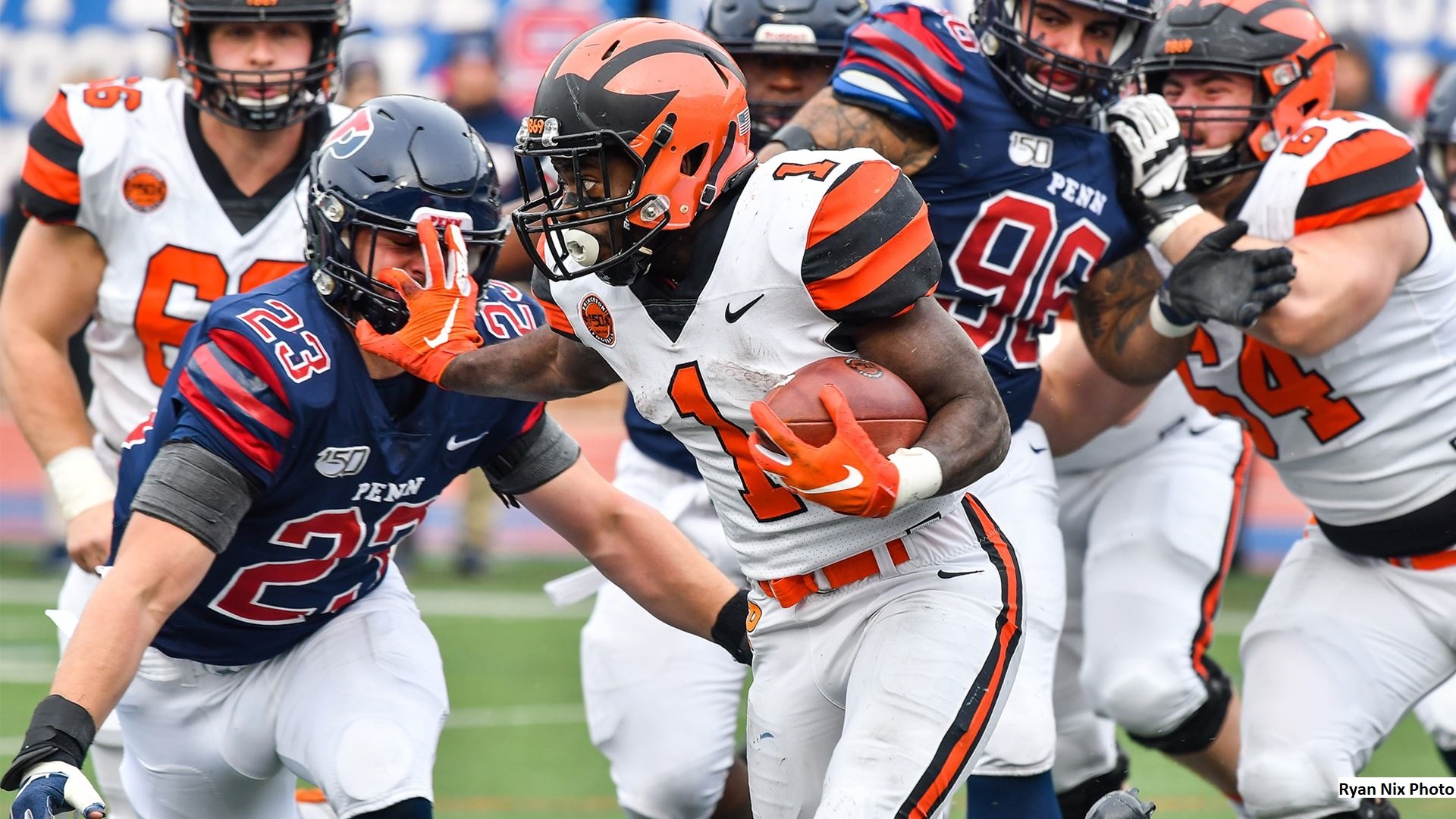 Considering Ivy League teams annually kick off their season two or three weeks after their first opponent, the coaches tend to lament that factor publicly.

Saturday will mark 665 days between games for the eight Ivy League teams, who last played nearly 22 months ago on Nov. 23, 2019. Their league was the only one in NCAA Division I not to hold competition in the 2020-21 school year due to the pandemic.

The teams return to the field against out-of-league opponents that have combined for 42 games since the last Ivy matchups.

Regardless, everybody in the league that’s known as the Ancient Eight is thrilled to be back.

“Like everything else in life, you don’t always appreciate or know how meaningful and how much you miss something until it’s taken from you,” Harvard coach Tim Murphy said in the preseason. “I know I speak for all of our players, coaches and certainly our alumni when I say that it feels like Christmas is coming. We certainly can’t wait for the season opener.”

Yale (916-380-55) has the most wins among FCS programs. It’s safe to say All-Ivy running back Zane Dudek has fresh legs, and he had a career-high 217 rushing yards against Holy Cross in 2018. Did the visiting Crusaders get caught looking ahead when they followed up their FBS win at UConn on Sept. 4 with a surprising loss to Merrimack?

The Tigers, the preseason Ivy favorite as they begin their 151st all-time season, return a league-high nine players who combined for 10 All-Ivy honors two years ago (Jacob Birmelin was chosen at wide receiver and kick returner). In an inexperienced group at quarterback, senior Cole Smith has more career rushing yards (60) than passing yards (51).

In the Ocean State, this is the 105th renewal of the Governor’s Cup. Brown holds a 73-29-2 series lead, and while the Bears lost 31-28 in the last meeting against Rhode Island two years ago, quarterback E.J. Perry racked up a career-high 512 yards of total offense en route to setting the Ivy single-season record with 3,678 in 10 games.

Beginning his 27th season at Harvard with 178 wins, coach Tim Murphy needs one more to tie the late Carm Cozza for the all-time Ivy record (179 wins in 32 seasons at Yale). It will be hard for any league team to match the running backs duo of Aaron Shampklin (1,053 yards, nine touchdowns in 2018) and 2019 league rookie of the year Aidan Borguet (645, nine).

OK, no advantage here because Marist, like Ivy League schools, opted out of the 2020 season, then had its Sept. 4 opener cancelled by Georgetown. Columbia comes in 4-0 all-time against the Red Foxes. Only three Lions have made the All-Ivy first team three times, and Mike Roussos is two-thirds of the way there as an All-America returner.

Heading into this first-time meeting, the Big Green have a 16-game winning streak against non-Ivy opponents since 2014. The offense, led by quarterback Derek Kyler (the program’s all-time most accurate passer at 68.2%), could be ahead of the defense, which in 2019 ranked second in the FCS in scoring average (12.4 points per game), but returns only one starter, strong safety Niko Mermigas.

Cornell has 21 “super” seniors who are taking advantage of an extra year of eligibility, giving the Big Red a whopping 51 players who enter their fourth season. They’re facing a Southern Conference program for the first time, and it’s the defending champion in VMI, which has played 10 times since Cornell’s last game. Linebacker Jake Stebbins is the only Big Red returnee who ranked in the team’s top six in tackles.

While Penn is 30-5 all-time against Bucknell, it’s only 2-5 in matchups in Lewisburg, Pennsylvania. No quarterback on the roster has collegiate experience and the Quakers are replacing 2019 Ivy rushing leader Karekin Brooks, but the offense returns wide receivers Ryan Cragun and Rory Starkey, who combined for 97 receptions, 1,528 receiving yards and 10 touchdowns catches in 2019.