Why Chelsea Have Broken Their Transfer Record to Sign Romelu Lukaku 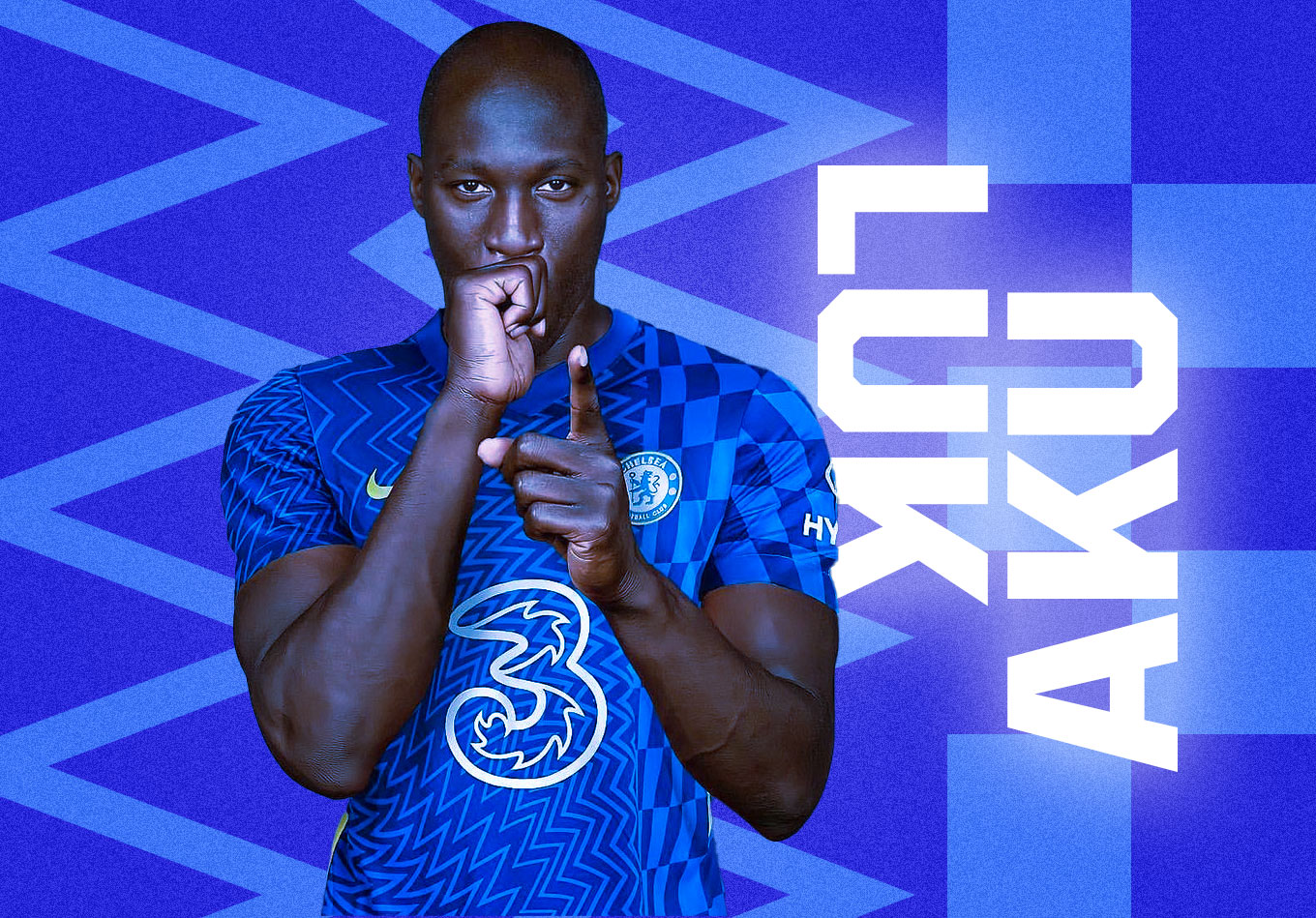 Romelu Returns: Why Chelsea Have Broken Their Transfer Record to Re-Sign Lukaku

Things could have gone very differently for Romelu Lukaku at Manchester United. He started brilliantly, scoring 11 goals in his first 10 games, the most by any player after as many matches in the club’s history, but as has become commonplace with José Mourinho teams in recent years, he found himself in a stale, defensive side that didn’t at all play to his strengths.

When Ole Gunnar Solskjær took over a mentally drained squad from Mourinho in December 2018, a sliding doors moment took place. Lukaku was away from the club on compassionate leave and had to miss the first two games of Solskjær’s reign.

Just as the squad were finally able to release all their pent-up frustration from a miserable run under Mourinho, Lukaku had to watch from afar.

With eight goals in two games against Cardiff and Huddersfield, it would have been unreasonable for Solskjær to bring Lukaku straight back into the starting XI on return. They kept scoring, and they kept winning, and the forward line remained the same, with Lukaku not starting a league match until the end of January against Burnley. United drew 2-2, and he was back on the bench for the next match.

While his teammates were reaping the rewards from Solskjær’s injection of energy, Lukaku was seemingly the only player not to benefit. If he was there for that memorable night in Cardiff, he might still be there today.

After failing to score in any of his final eight appearances for the club, he left in somewhat acrimonious circumstances, reportedly falling out with Solskjær while failing to return for pre-season training.

His stock was at its lowest at that point, but a cash-injected Inter Milan were willing to take a chance on a player who at the time seemed like he would never quite fulfil his maximum potential at club level. Under the guidance of Antonio Conte, and with a little help from the club nutritionist, he finally did just that, and he returns to England a fully realised version of the player that departed two years ago.

Lukaku had played in 11 separate seasons at senior level before heading to Italy but had never reached the 30-goal mark in a single campaign in all competitions. With Inter he did it twice in two seasons, notching 64 goals in 95 games for the club overall. Those 64 goals accounted for 30% of Inter’s total goals during his time there. He was front and centre of the club’s success under Conte.

Last season was the best of his career, winning Serie A’s Most Valuable Player award after a mammoth 35 goal involvements, leading the charge for an Inter side that hadn’t won the title since his first full season with Anderlecht in 2009-10.

He was brilliant the season before, but he went to another level last time out, with his underlying numbers putting past seasons to shame. Dating back to 2013-14, when he joined Everton, 2020-21 saw him post personal bests for non-penalty expected goals (19.0), non-penalty expected goals per shot (0.21), shot conversion rate (25%) and minutes per goal (120). Not only did he put himself in greater scoring positions, but he did so at an increased rate – it was the perfect formula and a clear sign that these are his prime years.

Owing to some egregious stereotypes, Lukaku has often been pinned as a player with little technical ability who has no real value outside the box. That couldn’t be further from the truth, and suggestions of that variety are made to look lazier than ever when you dig into what he achieved with Inter and how he achieved it.

The Belgian directly contributed to nine goals following ball carries last season, generating four goals and five assists after running with the ball. The only Serie A player to provide more goals in this manner was Atalanta’s Luis Muriel (12). Those aren’t the stats of a typical No. 9 whose impact is restricted to the penalty area.

But most impressive was his uptick in creativity. Harry Kane’s transition into Tom Brady was one of the bigger stories of last season, laying on 14 assists with the help of Heung-Min Son. What went under the radar though was Lukaku’s similar output – he set up 11 goals in Serie A, the second most of any player in the division behind Ruslan Malinovskyi. Even when you go one pass further back in the move, his seven secondary assists (the pass before the assist) represented the joint-most in the division.

He does have history for this, providing at least five assists in five straight seasons from 2013-14 to 2017-18, but he didn’t set up a single league goal in his final season with Manchester United, so this signifies a serious turnaround and just goes to show how out of sorts he was during his last season in England.

Lukaku was one of only three players in Europe’s top five leagues last season to record 20+ goals and 10+ assists, the others being Kane and Memphis Depay. Opta’s Serie A assist data goes back to 2004-05, and Lukaku is the only player to put up those numbers in the competition over the last 15 seasons. His quality last season cannot be understated.

Chelsea’s defensive numbers under Thomas Tuchel are astounding and were undoubtedly the bedrock for their Champions League success, but their ability to almost shut up shop completely at one end deflected from the fact that they often struggled to find the back of the net at the other.

The Blues have scored 25 goals in Tuchel’s 19 league games to date, at an average of 1.3 per game. If they’re to win the Premier League this season then history suggests something will have to change, and drastically – the lowest goals per game ratio for an English top-flight champion is Sheffield Wednesday’s 1.4 in 1903-04, while the average over the last 10 seasons is 2.3.

Only Burnley, Brighton, Fulham and Sheffield United underperformed their expected goals totals to a worse degree than Chelsea last season, and unsurprisingly the main culprit was Timo Werner, who scored just six times from an xG total of 11.5.

It’s clear to see why Chelsea have spent all summer looking for a genuine, recognised No. 9, and Lukaku proved last season he can carry the goalscoring burden in a title-winning campaign. His 24 league goals were more than Chelsea’s top four scorers combined. Those goals, with the added benefit of his increased creative potential, can take the pressure off those around him – chiefly Werner.

There’s also evidence to suggest that Lukaku genuinely suits Tuchel’s Chelsea from a tactical perspective. During his prime years, he’s played in sides that almost exclusively use a back three while stretching the pitch with wing-backs.

The reason this should be of interest to Chelsea is that under Tuchel they have played with the most width of any side in the Premier League, while they’ve used a back three in all but one game under the German.

Lukaku’s recent goal and assist numbers hint that he plays best when he can combine with other forwards, and a back three offers just that, allowing those who would usually be out wide to come more centrally while the wing-backs hog the touchline.

78% of the xG value that Lukaku assisted in Serie A last season was for Lautaro Martínez and Alexis Sánchez, both of whom were rotated around Lukaku in Inter’s 3-5-2 set-up.

At Stamford Bridge he’ll have the likes of Timo Werner, Kai Havertz, Christian Pulisic, Hakim Ziyech, Mason Mount and Callum Hudson-Odoi playing off him – it’s the best supporting cast of his career, and a scary prospect for anyone who doesn’t support Chelsea.

We’re 10 years on from when Lukaku first signed for the club, and despite everything he’s achieved elsewhere in his career, you can’t help but feel he still has unfinished business in England.

He’s yet to score a senior goal at Stamford Bridge, never finding the back of the net in 14 appearances there. You get the feeling this version of Romelu Lukaku won’t allow that record to last very long.