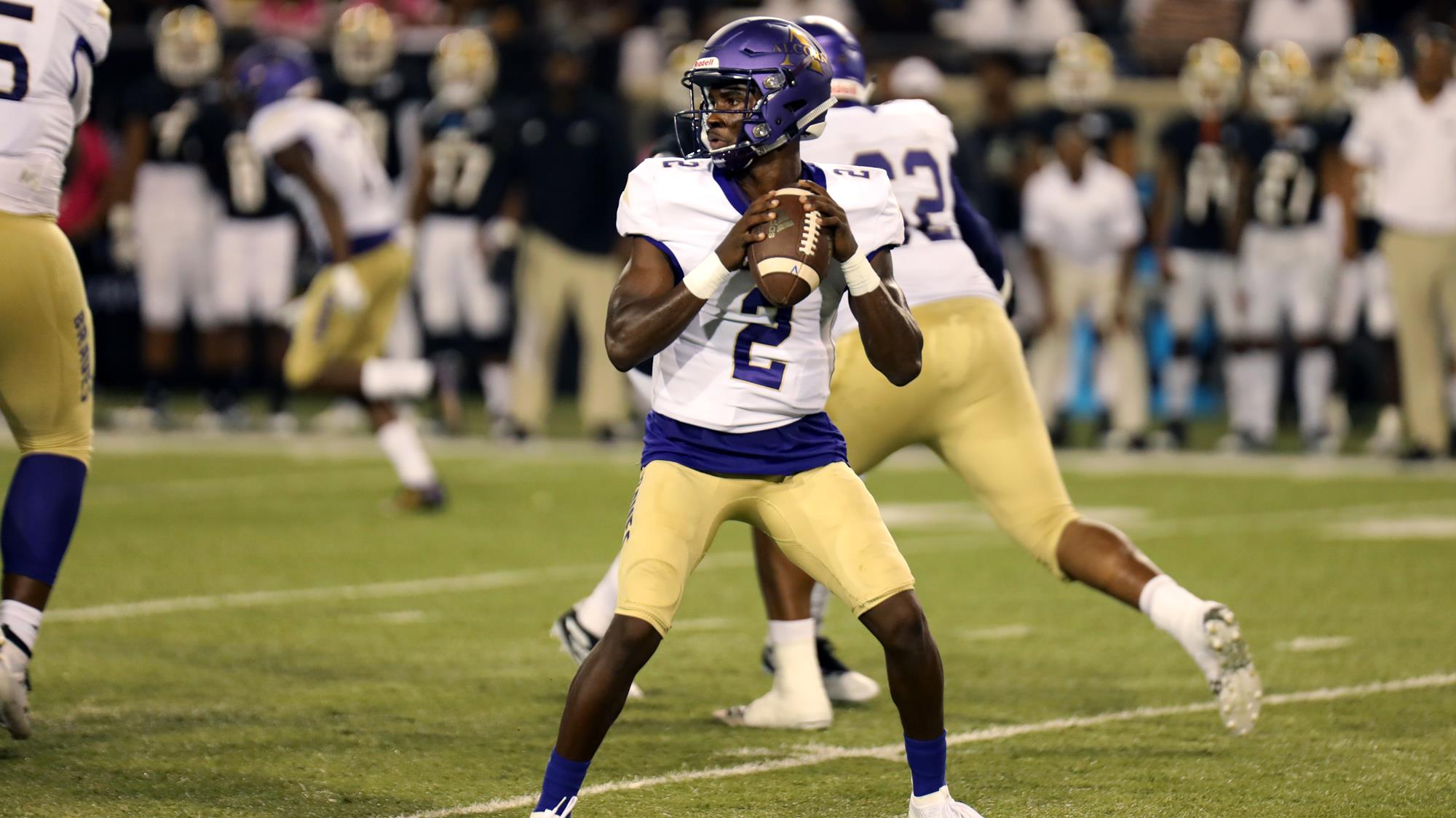 The Skinny – ESPN’s “College GameDay” will begin its 35th season at the annual season-opening matchup between the two HBCU conferences in FCS college football. The MEAC holds a 10-4 lead over the SWAC in the Challenge. North Carolina Central lost to Prairie View A&M 40-24 in its lone appearance in 2018, one year after Alcorn State’s first appearance was declared a no-contest due to inclement weather ending the matchup at Bethune-Cookman in the second quarter. Both of this year’s entrants last played in 2019, having opted out of the 2020 season that was delayed by the pandemic to this past spring. N.C. Central was a slow-starting team in 2019, scoring only 23 first-quarter points in a 4-8 campaign. On offense, Richard (2,020 passing yards as a freshman) will distribute the ball to veteran players in the skills positions, including Totten, who ranks seventh in school history with 2,122 rushing yards, and wide receiver Ryan McDaniel, who had a team-high 39 receptions in 2019. The offensive line is revamped, something the Eagles didn’t have to do to their defensive line, with DE Jessie Malit the unit leader. Stokes can produce anywhere in the secondary, totaling 62 tackles, two interceptions and two forced fumbles as a junior. Alcorn State begins its 100th season of football after winning a second consecutive SWAC championship and finishing 9-4 in 2019. The Braves averaged 33.6 points, fueled by the big three of Harper (3,123 yards of total offense, 39 total touchdowns), Duffey (1,065 yards and eight TDs from scrimmage) and WR LeCharles Pringle (48 receptions, 828 yards, 14 TDs). The Braves’ offensive and defensive lines are almost entirely new. Strong in the secondary, the defense led the FCS in interceptions (21) and turnovers forced (36) in 2019.

Prediction – Even with Alcorn State breaking in a lot of new starters, its offensive firepower is too much for N.C. Central. Alcorn State, 34-23.