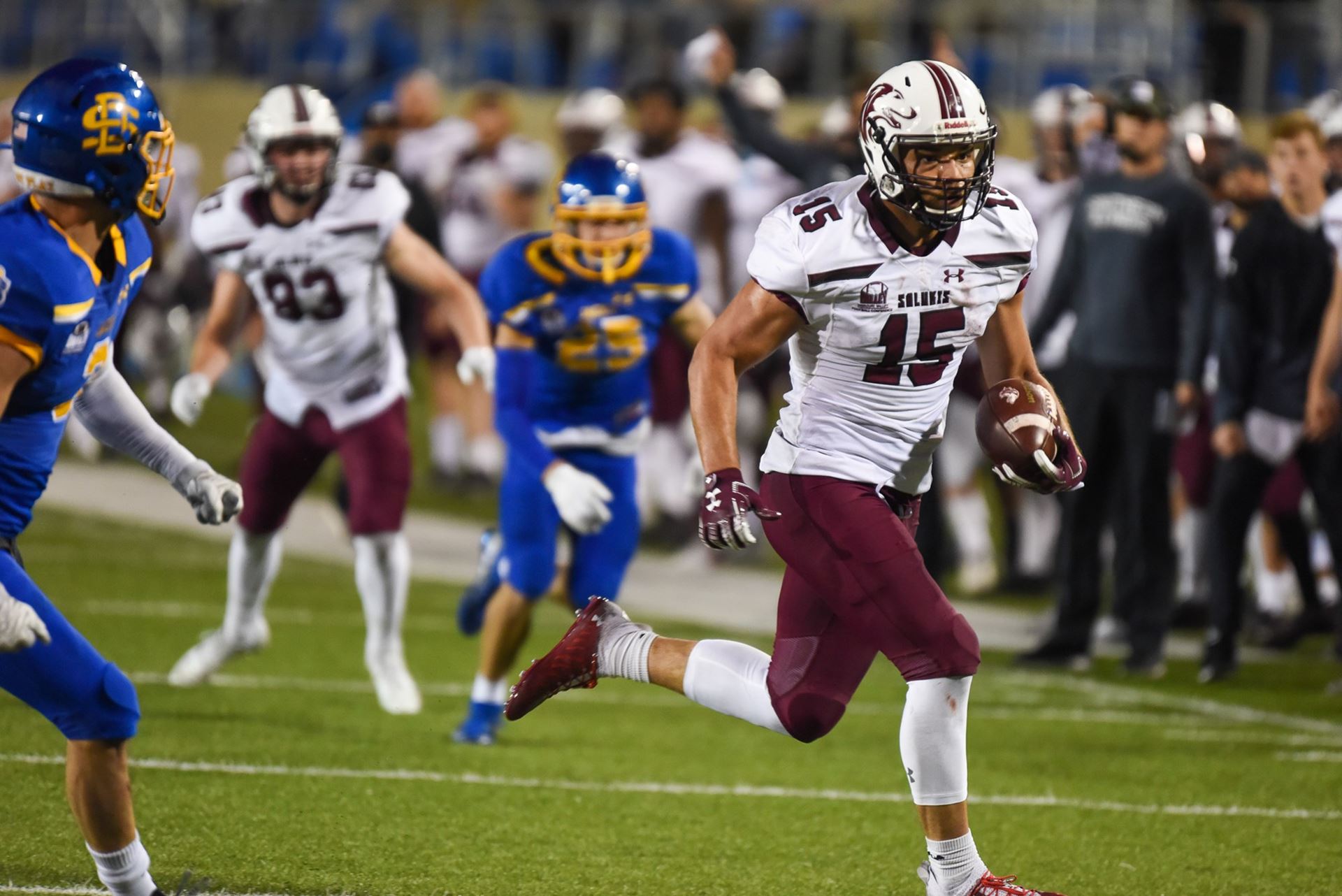 It’s probably hard to believe the strongest conference in FCS college football would enter the season with a chip on its shoulder, but the Missouri Valley Football Conference can feed off the spring season.

Everybody seemed to pile on FCS dynasty North Dakota State’s three-loss campaign, including an ouster in the national quarterfinals.

Illinois State took grief for ending its season early during the pandemic-delayed campaign.

And so on, so on for a conference that claimed five of the 16 playoff spots (the playoffs are back to 24 this fall).

Here’s a preview of the upcoming MVFC season:

1. North Dakota State (7-3, 5-2) – Considering the Bison’s turnover margin was at least plus-17 in each of their three prior national championship seasons, their minus-10 spring margin was stunning. Virginia Tech transfer quarterback Quincy Patterson hopes to help solve the problem in a program that otherwise is built for a return to Frisco, Texas. Watch “NDSQBU.”

2. South Dakota State (8-2, 5-1) – Included in the late loss in Frisco was quarterback Mark Gronowski being lost to a knee injury, but the Jackrabbits have only one more hurdle heading into coach John Stiegelmeier’s 25th season. They have arguably the nation’s best duo of running backs with Pierre Strong Jr. (3,272 scrimmage yards and 25 touchdowns in 33 career games) and Isaiah Davis (925 scrimmage yards, 10 TDs as a freshman).

3. North Dakota (5-2, 4-1) –. The Fighting Hawks want to keep giving the ball to All-America running back Otis Weah because they went 5-0 when they won time of possession and 0-2 when their opponent held an advantage. Remarkable: UND racked up 24 sacks and allowed only two.

5. Northern Iowa (3-4, 3-4) – A healthier Will McElvain behind center is a must considering the road portion of the schedule is – gulp! – Iowa State, Sacramento State, North Dakota State, South Dakota State, Illinois State and Missouri State.

6. Missouri State (5-5, 5-1) – In coach Bobby Petrino’s first season, the Bears earned a surprising share of the MVFC title (their first since 1990) with SDSU and UND. Utah State transfer Jason Shelley joins quarterback Jaden Johnson in an offense that still allows too many sacks (35 in losses; 11 in wins)

11. Western Illinois (1-5, 1-5) – Quarterback Connor Sampson’s passes flew under the radar during the spring season, when he led the MVFC in passing yards per game (290.7). Top receivers Dennis Houston and Tony Tate, also are back, but the offense must improve on average time of possession (23 minutes, 43 seconds).

North Dakota running back Otis Weah – The 5-foot-9, 215-pound bulldozer led the conference in rushing yards per game (104.3) and yards per carry (7.2), and scored in every spring outing, finishing with nine touchdowns. He was fifth in voting for the Stats Perform FCS Walter Payton Award.

Northern Iowa defensive tackle Jared Brinkman – An inside run stopper, he uses brute power to get into backfields. In seven spring games, the 6-2, 290-pound Brinkman had 36 tackles, including nine for loss and 3.5 sacks, with two forced fumbles and one fumble recovery.

North Dakota State wide receiver/kickoff returner Christian Watson – The 6-5, 208-pound size and game-breaking speed are NFL-caliber. Still, an improved Bison passing game would help Watson immensely after he had more carries (21) than catches (19) during the 2020-21 season. Overall, he has 62 career receptions with a 21.6-yard average.

An MVFC squad has appeared in the last 10 FCS championship games, including eight North Dakota State wins in the 2011-15 and 2017-19 seasons and runner-up finishes by Illinois State (2014), Youngstown State (2016) and South Dakota State (2020, played this past spring). The 2014 title game is the only meeting (out of 43 seasons since the FCS’ formation) between two teams from the same conference.

It’s possible the top two programs, North Dakota State and South Dakota State, may be the only ones with new starting quarterbacks this season. In addition to Quincy Patterson trying to beat out Cam Miller at NDSU, Samford grad transfer Chris Oladokun seeks to be QB1 at SDSU, although returnees J’Bore Gibbs and Keaton Heide shared the starting role in 2019.

North Dakota State at North Dakota (Oct. 2) – The Bison have won handily at home in the last three meetings, but have dropped three straight in Grand Forks, most recently in 2003 when UND captured an overtime thriller in their final matchup as Division II opponents.