Playoff Time: FRACAS Reveals Who Has the Best Chance to Beat Rahm at Liberty National | The Analyst 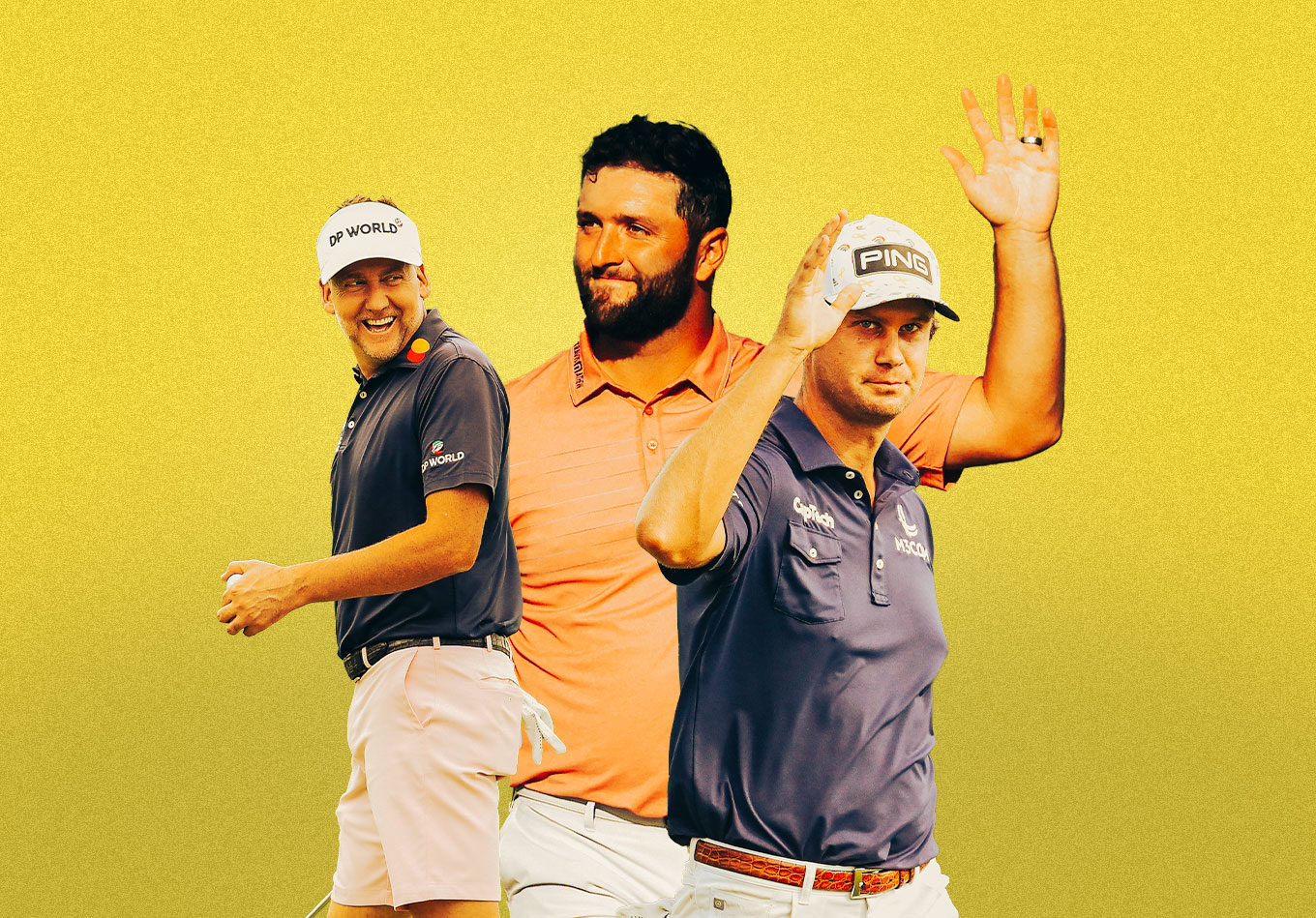 We’re using the advanced FRACAS model to project the winner, top value plays and best fantasy picks for Round 1 of the FedEx Cup playoffs at the Northern Trust.

The playoffs are here.

If you’re looking for a primer on how the playoffs work and who is on the bubble for moving on to the next round, check out our article on the players on the outside looking and how our simulations see it all shaking out.

In the first leg of the playoffs, the Northern Trust returns to Liberty National Golf Club in Jersey City, New Jersey. The course is visually pristine, but it has come under fire in the past from golfers who don’t like the way it plays. It’s a long par 71 with water in play on 12 holes, steep grass runoffs around small greens, and a lot of thick native grass in place of rough.

While it’s a frustrating course to play, it’s a fantastic course to watch a tournament. There are eight holes where birdie is a strong possibility and seven holes where golfers will be fighting for par. It’s a test every single hole, with huge potential huge swings lurking everywhere.

Last year’s Northern Trust was a total birdie-fest and Dustin Johnson lapped the field with a winning score of 30-under par. He won by 11 strokes and Scottie Scheffler shot a second-round 59. We don’t expect anyone to reach those heights this year, but with so much variance it would not be surprising to have a runaway winner.

Oddly, the course with the most similarity to Liberty National is Augusta National. While the aesthetics of the course couldn’t be more different, both courses feature this combination of very easy holes and very difficult holes. The last two winners at Liberty National also happen to have won a green jacket (Adam Scott and Patrick Reed).

The field is among the best ever for a non-major. The average golfer in the field is over a stroke better than the PGA Tour average, per FRACAS. The limited field size makes this an even more appealing tournament to watch, as we’ll likely get the best golfers in the world playing through four rounds.

No surprises here. Jon Rahm remains the best player in the world and is FRACAS’ runaway pick to win this week.

We’ve tooted the Rahm horn for quite a while now and it isn’t likely we’ll slow down until he has some really bad tournaments. He’s currently first in overall FRACAS by 0.7 strokes per round, and using long-term FRACAS, the only player who’s close is Xander Schauffele (still almost half a stroke behind).

The one saving grace for the other golfers will be some potential rust for Rahm. After testing positive for COVID again, he hasn’t played in a month, but he’s the man to beat if he comes out with any semblance of the form he’s had over the last year.

Even at his 9-1 consensus price, we see some value on Rahm. Our number is a little better than 8-1, so even with the low odds, he’s good enough to show some value.

With Rahm dominating our projected win percentages, the outright market is pretty slim. However, our model has pointed to a handful of golfers who are being underrated when it comes to projecting the top 20.

Harris English had an epic collapse at the WGC FedEx-St. Jude. He discussed it at length after his round, throwing blame only at himself for not handling the circumstances better. Playing with Bryson DeChambeau, English was put on the clock early over slow-play concerns and he said it felt like he was running the entire round.

Other than his final eight holes, it was another great tournament for English, who’s gotten back on track after some injury-related struggles early in 2021. Liberty National is a good course fit for him because he has the short game to save par when things get tough and the ability to win when conditions are easy.

As a result, he gets a slight FRACAS boost at Liberty National and enters the week as the model’s sixth-highest ranked player in the field. We have his top-five odds at a little worse than 11-2 – a good value over the 8-1 in the consensus market.

Ian Poulter came through for us last week despite a bad Sunday, clinging on to a top-10 finish. There’s always some concern that he won’t be able to score enough, but when it comes to getting up and down for par, Poulter still has the goods. He’s still among the elite short-game players in the world, gaining more than five strokes per round on and around the greens.

On the narrative side of things, he needs another good performance to rack up enough FedEx Cup points to move on to the BMW Championship. It’s also a Ryder Cup year and few things get Poulter’s juices flowing like a quality pair of slacks and a Ryder Cup.

While there’s value in both his top -10 and top-five odds, we prefer to take on the top-10 odds from the consensus. Poulter is listed at 6-1 in those markets, but our model projects his chances as more like 5-1. Not the most value we’ve ever seen, but enough for us to be intrigued.

The rest of the top-five and top-10 markets are barren from where we stand, but there are two golfers who have some enticing numbers in the top-20 markets. Roger Sloan has been steadily improving in 2021 and he almost broke through last week when all that stood between him and a trophy was a 12-foot putt.

Digging into Sloan’s strokes gained data, his ball-striking has been of particular note lately. He had a week to forget at the John Deere, but in his last three tournaments, he’s gained an average of 3.2 strokes with his irons and another 2.1 strokes off the tee. He’s playing not quite a full stroke better than his baseline right now, but with regression built into the model, he’s still in good enough form to merit consideration.

Pat Perez is also playing above his baseline, but it’s where he’s been for quite a while. He’s shown steady improvement this year, but it’s been slow and steady improvement. That being said, he does like to “pop” at tournaments. His last six tournaments read: 45th, 10th, missed cut, 14th, missed cut and 11th. Three finishes inside the top 15 and three finishes outside the top 40.

At a course where you can get into a lot of trouble off the tee, Perez is someone who could absolutely miss the cut at 15-over par. But he’s also had some great iron play over the last four months and is always a golfer who can catch fire on the greens. His consensus top 20 odds are around 8-1 and our simulations point to his chances being more like 11-2.

With Rahm as our only outright value this week at 9-1, it’s not bad when you can find value at around the same number and it’s only to finish in the top 20.

We evaluate players at the percentage of time they appear in the top 10% of DraftKings in our simulations, while also setting a floor on which players qualify. Additionally, we’re comparing simulated appearances in the top 10 vs. expected, relative to salary, to pick which players we are interested in.

With a shorter field that includes the world’s best players, it really reduces the salaries of those at the bottom end, which in turn makes the cream of the crop easier to stomach. While all three are likely to be highly owned, they are the three most common names finishing in the top 15 in our simulations. Rahm will be a lock for us – almost regardless of how highly owned he is – while Spieth and Morikawa are likely, but we could pivot to Dustin Johnson at $11,000 if either gets overwhelmingly popular.

This area could be almost a full fade for us, depending on ownership. We just don’t like the value here compared to what we get with the top players and those a little further down. DeChambeau at $9,600 is a possible ownership pivot for us. There’s a good chance he’s less than 10% owned while both of these guys are in the high teens or low twenties.

English and Paul Casey are too much value here for us to really consider fading them, regardless of ownership. After Rahm, these two are our highest valued golfers on the whole slate. Reed and Tony Finau could also be options if you’re looking to dodge more ownership.

Between the $7k and $6k ranges, there are a lot of golfers to throw darts at. With a lot of Rahm in our lineups, we’re grateful for the salary savings we can find on really good players down here. Poulter is one to like in the $7,000s.

More dart throws. Sloan makes another appearance here after he came through for us last week and almost secured a victory. But this week, our favorite in this range is Matt Wallace. It’s a great price for someone we like a lot. 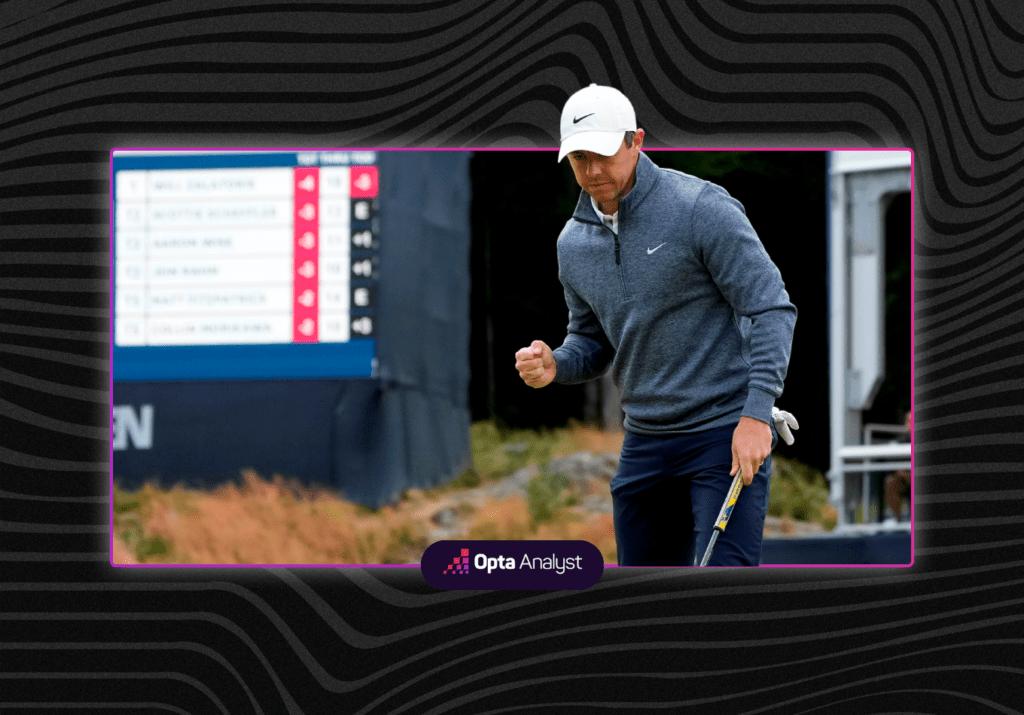