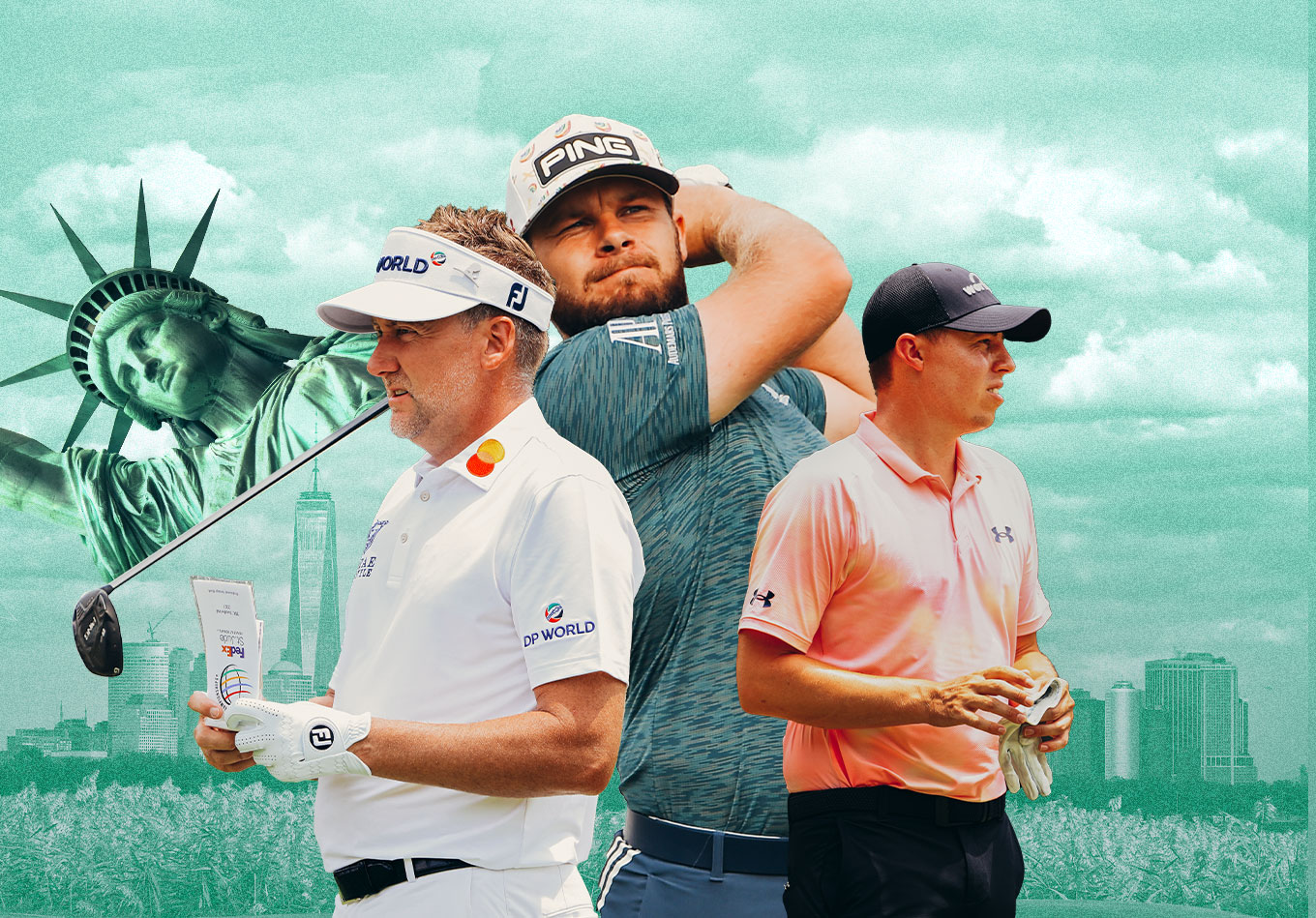 66 for 11: Our Model Projects Who Will Advance in the FedEx Cup Playoffs

Heading into the FedEx Cup playoffs, 59 golfers are mathematical locks to move on, leaving 66 to fight for 11 spots at this week’s Northern Trust. Our FRACAS-powered simulator reveals each golfer’s odds of advancing.

The time is now.

This week marks the start of the FedEx Cup playoffs and 125 players have qualified. The field will be trimmed to 70 players after the Northern Trust at Liberty National, then 30 after the BMW Championship.

For the finals, players are given a “pre-score” before the tournament begins based on their final FedEx Cup standings. For instance, the leader in FedEx Cup points will start the finals with a score of 10-under par, while the golfer in 22nd will start at 1-under par.

It’s a massive advantage for the leaders in FedEx Cup points, as they’re already likely to be the best golfers and they’re given an additional advantage. Last year, Xander Schauffele had the lowest stroke-play score on the third and final playoff week at the Tour Championship, but Dustin Johnson won the event because Schauffele could not make up the difference in starting scores.

In the playoffs, players retain their regular-season points, so the current leader, Collin Morikawa, gets to keep his 2,171 points and is a lock to make it all the way to the Tour Championship. Louis Oosthuizen is the only golfer in the top 125 not teeing it up this week. He currently sits in eighth and is also guaranteed a spot in the final.

Of the 125 golfers who qualified for the first leg, 59 of them are mathematical locks to move on to the second round. It will take a little less than 750 FedEx Cup points to make it to the second round, and the 59th player in the standings currently has 772. This means there are 66 players fighting for 11 spots.

Before we dig into those players and their odds of making it to the BMW Championship, here is the list of 59 players who are locks to get to the second round.

Now for the interesting bit.

Below is a list of the players fighting for those 11 spots, their current FedEx Cup points total, the points they need in order to advance, the placement they need to get those points, and our simulated odds (with the help of our FRACAS model) of each golfer getting enough points.

Note that the place needed means a solo finish in that position or better. So Tyrrell Hatton will need a solo 72nd or better to move on. But if he finishes in a six-way tie for 72nd, he isn’t likely to get in.

Matthew Fitzpatrick has the easiest route to the second round. He’s currently 60th on the points list and doesn’t even need to make the cut to accrue enough points to move on. As long as he finishes solo 100th or better, he should get in. The only other player who has an easy path is Hatton, who really just needs to make the cut.

Of the golfers who need more than 100 points to move on, Poulter, Scott and van Rooyen have the best chance, according to our model. They’re all hitting their strides at the right time and each is given more than a 25% chance to move on.

Outside of Fitzpatrick and arguably Hatton, the likelihood of moving on to the BMW Championship isn’t all that high for any one golfer. That’s a testament to the variability that exists within golf and the excitement that will come from having 66 players fighting for 11 spots.

There are a couple of threesomes to keep an eye on over the first two rounds. The most intriguing of which will be Watson, Varner III and Power teeing off at 7:31 a.m. EDT. All three need good performances to move on, but they’re also given a greater than 23% chance to succeed.

A few other groups are comprised of golfers who are on the outside looking in, but all have more than a 5% chance to move on.