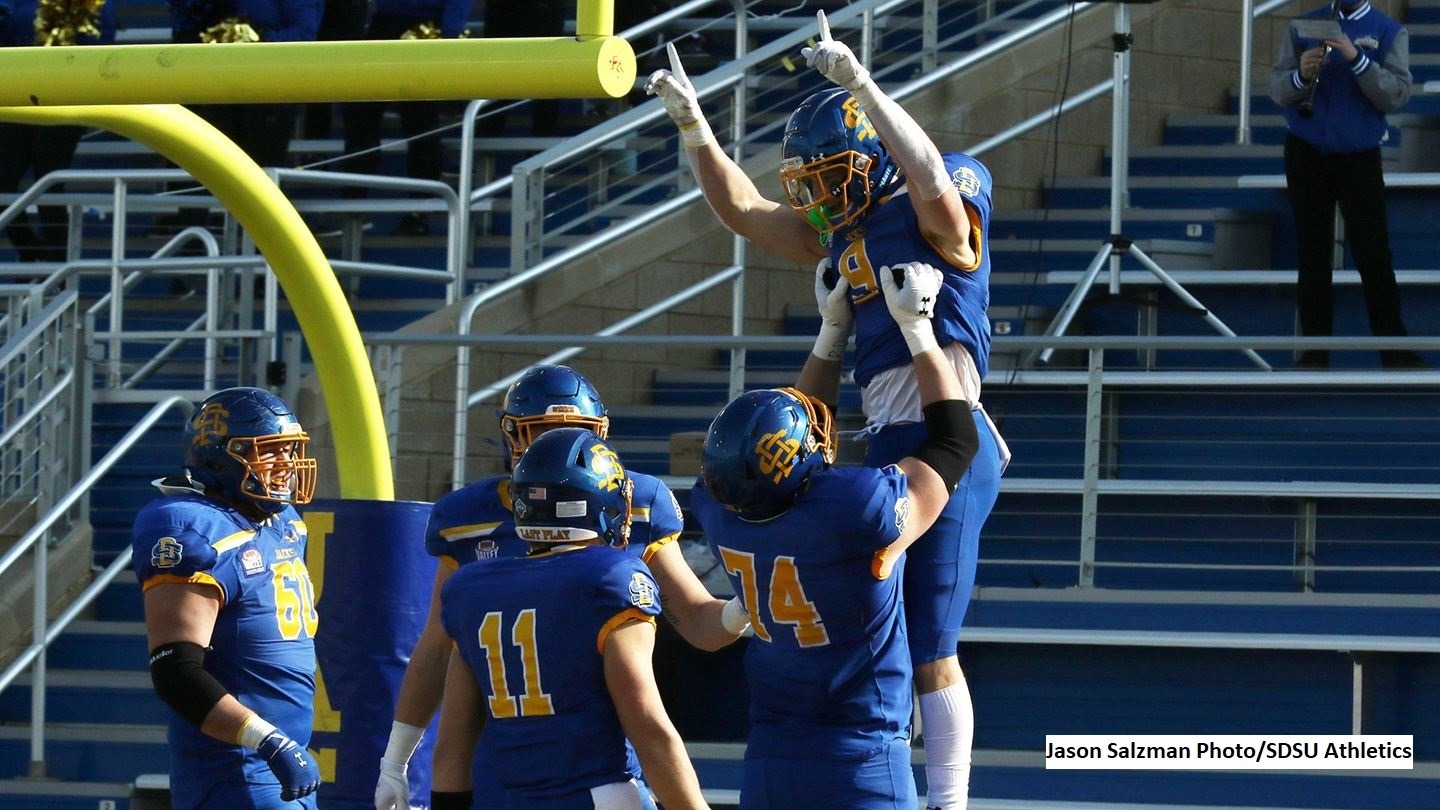 During South Dakota State practice this season, coach John Stiegelmeier and his staff are planning a portion of it to be called “23-21,” and it will be graded afterward.

That was the score of the Jackrabbits’ loss to Sam Houston in the FCS championship game this past May, and the more they looked back at game film with a feeling of “what-if,” they realized mistakes in the first quarter or at another time were just as meaningful as falling short on opportunities in the game’s closing minutes.

The goal, Stiegelmeier said, is to “try to get that mentality that you have to make that play at any time of the game.”

As “Stig” enters his 25th season as South Dakota State’s all-time winningest coach, there’s only one more step for the program – win the FCS championship, having already fallen in the 2017 and ’18 semifinals and then as a five-point favorite in the spring final.

The Jackrabbits have even gotten over the North Dakota State hurdle enough that, for the first time, they were picked atop the Missouri Valley Football Conference preseason poll on Tuesday. The Bison, who won nine straight conference titles and eight national championships last decade, were second among the 11 teams.

“We’re excited with the step we took this spring in terms of getting to Frisco (Texas),” Stiegelmeier said. “Obviously, disappointed in the result, but my opinion is, it’s motivational.

“We’re honored to be picked No. 1, but with that comes some responsibility to play great football.”

That seems likely, even though SDSU will play the season without quarterback Mark Gronowski, the spring MVFC offensive player of the year who is sidelined with a knee injury that he suffered against Sam Houston.

Samford grad transfer Chris Oladokun could step in behind center, but whoever’s there will be surrounded by 10 returning starters, including a running back duo – Pierre Strong Jr. and Isaiah Davis – that could be the best in the FCS. Strong was joined by tight end Zach Heins, offensive tackle Garrett Greenfield, defensive tackle Caleb Sanders, linebacker Logan Backhaus and cornerback Don Gardner as Jackrabbits on the MVFC preseason first team.