The Hundred: Players to Watch in the Men’s Competition | The Analyst 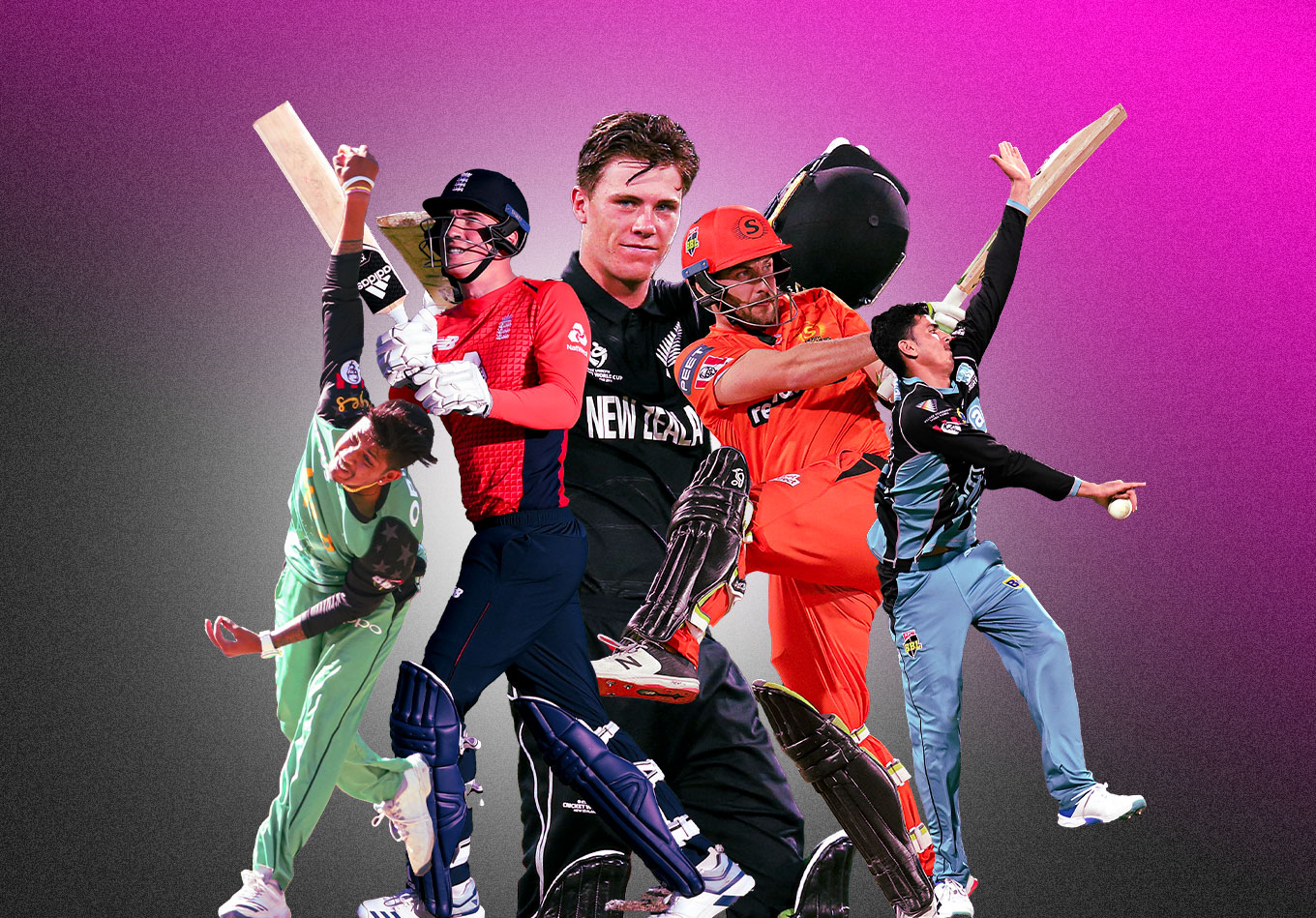 Having previously profiled five players to watch in the women’s competition, it is now time to analyse the prospects who will be looking to help their teams make their mark in the men’s Hundred.

We profile two big-hitting batters from Down Under, an Englishman harbouring future international ambitions and a young bowler from an emerging country, who has already been putting established batters in a spin across a wide range of different domestic T20 competitions worldwide.

To get an innings off to a flying start, each Hundred team is going to need a player at the top of the order who can score quickly and in Finn Allen, Birmingham Phoenix possess one of the most exciting young batting prospects to emerge recently in white-ball cricket.

The 22-year-old is one of eight New Zealanders to feature in the men’s competition, making the Kiwis the highest represented overseas nation. He first came to attention in 2018, at the Under 19 World Cup, where he posted the highest strike rate of all players who scored at least 200 runs in the tournament. He then made his breakthrough in the men’s game last winter as a result of his exploits in New Zealand’s domestic T20 competition, the Super Smash.

Opening the batting for the tournament winners, Wellington Firebirds, Allen hit 512 runs across 11 innings – more than any player – at a remarkable strike rate of 193. In total, he hit 81 boundaries, including 25 sixes, the highest output by some margin.

Since those exploits, Allen has gone on to secure an IPL contract with Royal Challengers Bangalore and made his international bow in New Zealand’s recent T20 series with Bangladesh, where he scored 88 runs across three innings at a strike rate of 220, the highest rate of all the Black Caps batters.

Ahead of The Hundred, he has spent the past month in England playing for Lancashire Lightning in the Vitality Blast, where he has scored 399 runs, including four half-centuries, at an average over 30. Whilst not being able to match his winter scoring rate, he has still been scoring at a healthy strike rate of 159, with 66% of his runs coming in boundaries, well above the competition average.

If the Auckland-born right-hander can get his eye in quickly, Birmingham fans could well be in for some fireworks as he looks to exploit the Hundred’s early fielding restrictions and clear the ropes on a regular basis.

Another top order batter with the ability to score at a rapid rate is Welsh Fire’s Tom Banton. Following a slow start to this year’s Vitality Blast, the Englishman found form in his fifth innings in the competition, hitting 77 off 37 balls in Somerset’s victory over Hampshire, before going on to smash the fastest hundred in the competition so far, off just 47 balls, in his next innings against Kent.

Since making his T20 debut four years ago at the age of 18, Banton has gone on to feature in over 50 matches in the format, including six T20 internationals. He has enjoyed spells with teams in India, Pakistan and most notably in Australia’s Big Bash, where in the 2019-20 season he scored three half-centuries for Brisbane Heat and was the highest ranked player in the tournament for both strike rate and the lowest number of balls faced per boundary scored.

Although Banton has scored 70% of his T20 runs against seam bowlers, one of his key strengths lies in his ability to accelerate the scoring against spinners. His career T20 strike rate of 157.5 jumps to 170.5 when facing spin bowlers and in the period since Banton made his debut in 2017, only Moeen Ali has a better scoring rate against spinners of all players featuring in the Hundred.

Like many batters who adopt a positive approach to spin, Banton is a big proponent of the sweep shot. In total, he has attempted either an orthodox or reverse sweep from over a third of all deliveries he has faced from spinners, which has accounted for nearly half of all his career runs against them.

However, it’s a shot that is not without its risks – he has been out sweeping eight times in his T20 career – or nearly one in five of all his dismissals. His duels against some of the world’s leading slow bowlers could make for entertaining viewing during the next month.

The first spinner that Banton will likely come up against in the tournament is Super Chargers’ off-break bowler Mujeeb Ur Rahman, who is one of four Afghanistan spinners to feature in the men’s competition.

Despite being only 20, Mujeeb boasts well over 100 T20 appearances across international and domestic tournaments, where he is often tasked with bowling during the power play and in many cases, open the bowling.

Whilst his countryman Rashid Khan is renowned for taking wickets (no other player has more scalps in the last three years of T20 cricket) Mujeeb has a reputation for stopping batters from scoring. Since June 2018, he has a dot ball percentage in T20 cricket of 44%, the second best record of any spinner to have delivered at least 500 balls in that format. He also concedes a boundary once every 8.6 balls, which is better than the average for a spinner. This will be a big asset in the Hundred where boundary scoring will be at a premium.

Whilst having a reputation for keeping things tight, Mujeeb also poses a wicket-taking threat as well. In last winter’s Big Bash in Australia, he averaged 1.75 dismissals per innings, which was the best return of any spinner to bowl in at least five games. With England leg-spinner Adil Rashid also signed up to the Super Chargers, Mujeeb could form one half of a formidable spin partnership at Headingley this summer.

A late addition to The Hundred lineup, wicketkeeper-batter Josh Inglis is one of three Australians occupying overseas slots in the men’s competition.

The 26-year-old was born in Leeds and played age-group cricket for Yorkshire before his family emigrated Down Under. On his return to the UK this summer he has had a significant impact in the Vitality Blast, finishing the group stage as the competition’s leading run scorer as well as being the only batter to record two centuries.

When it comes to his shot selection, Inglis is a strong driver of the ball, which he has used against one in four of all the deliveries he has faced in his T20 career to date. However the area where is particularly strong at accumulating runs is on the leg side, particularly when it comes to facing fast bowlers.

60% of all his runs in this year’s Blast against seamers have come through the leg side, with the majority being either pulled or worked off his legs through the square leg or midwicket regions. His strike rate in the Blast also increased from 175.8 to 188.9 when he faced fast bowling, which reinforces his ability to score quickly against pace.

Whilst demonstrating a liking for the ball to come onto the bat, one area Inglis may want to improve on in The Hundred is his recent record against spin. During the Blast, five of his eleven dismissals came against spinners, who were also able to bring his scoring rate down to 147.4.

His first test against the slower bowlers will come in the Spirit’s opening game away at Birmingham, where he will come up against veteran leg-spinner Imran Tahir and England all-rounders Moeen Ali and Liam Livingstone. He will then potentially face Lamichhane against the Invincibles on Sunday, in what could be a fascinating encounter between two potential match winners.