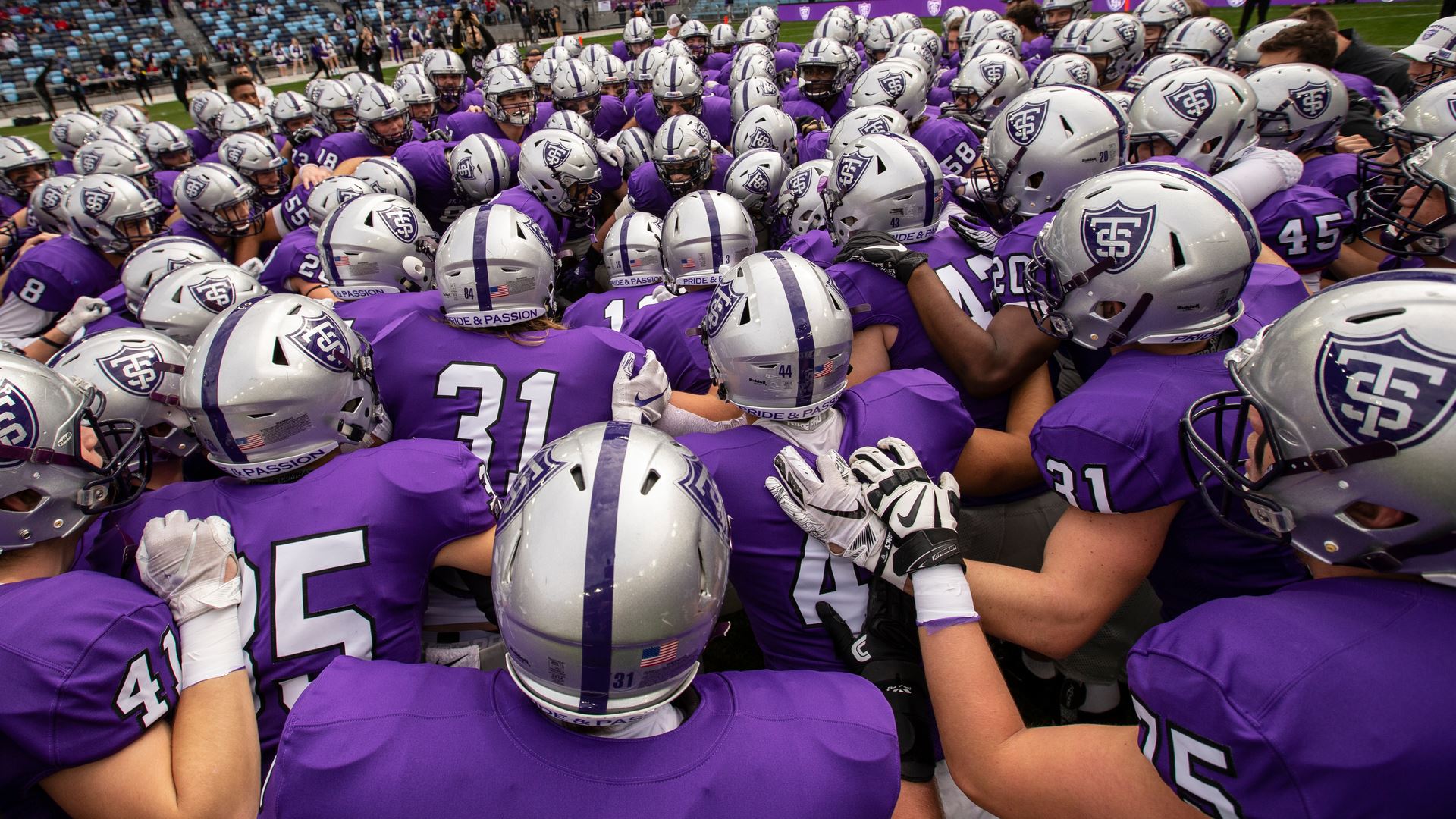 That’s where the St. Thomas Tommies found themselves on Tuesday among 11 teams in the Pioneer Football preseason coaches poll. Not being picked last underscores the early respect for a former Division III power that has moved into Division I on the FCS level.

Davidson, which captured the PFL title during the spring, sat atop the preseason poll, ending San Diego’s nine-year run as the preseason favorite.

Newcomer St. Thomas is one of the bigger storylines of the PFL season. The St. Paul, Minnesota, school was a charter member of the Minnesota Intercollegiate Athletics Conference in 1920, but two years ago was effectively booted out by other league members for being too successful.

On July 1, St. Thomas became the first institution to make a direct move in all sports from D-III to D-I. The last time it happened in football was with Buffalo and Dayton in 1993.

But 14th-year coach Glenn Caruso says his program has had an FCS model since his arrival in 2008. The Tommies have gone 126-21 (.857) during his tenure – averaging 10.5 wins per season to double the average over the 17 seasons before that time. Much to the MIAC’s dismay, it included a 34-game league winning streak, and the Tommies finished in the top 20 of the final D-III poll over the last 11 seasons on that level.

Even St. Thomas football alum Vince Lombardi Jr.’s pop would have been impressed by that type of winning.

While St. Thomas now has the PFL’s attention, the Tommies will debut as an FCS program off a 658-day layoff because they didn’t play in the 2020 season due to the COVID-19 pandemic. They’re replacing their leading rusher and receiver as well as the top seven tacklers from an 8-2 squad.