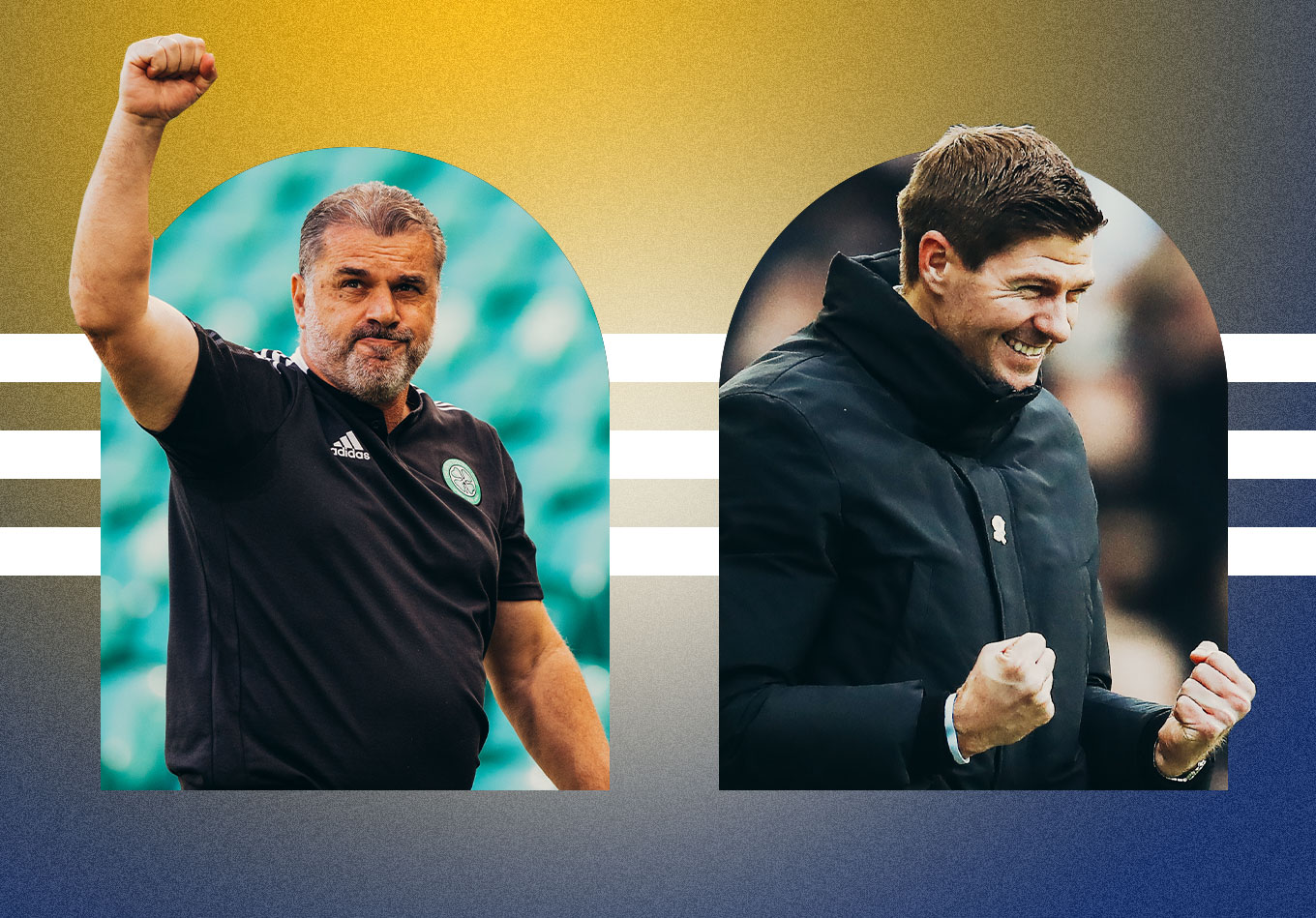 The Scottish Premiership returns this weekend, and for the first time in 10 years a side other than Celtic will begin as defending champions. Steven Gerrard’s Rangers stormed their way to the title last season, winning the league by a 25-point margin, going the entire campaign unbeaten and surpassing the 100-point mark.

It was the Gers’ 55th Scottish top-flight crown – an all-time record – but one of the sweetest, as it ended a consecutive run of nine titles won by Glasgow-rivals Celtic. This was a nine-season stretch that saw Rangers watch almost helplessly on as they navigated their way from Scotland’s fourth tier back to the top. But 2021-22 presents a different challenge for Steven Gerrard’s side – defending their title.

The omens for Gerrard himself are perhaps positive as far as he is concerned. Over the last three decades, Gerrard is the 10th different manager to lead a side to the Scottish top-flight championship – and only two of the previous nine didn’t go on to defend their first ever crown: Wim Jansen, who only spent one season with Celtic (1997-98), and Alex McLeish, who won in 2002-03, but lost the title back to Celtic in 2003-04.

The message from Gerrard will be a simple one: more of the same. Rangers’ title last season was primarily based on what was the stingiest of defensive records.

Put simply, Rangers barely let their opponents within sight of their goal last season, let alone close enough to cause them serious problems. Only one side scored more than one goal in a single game against Rangers in the entire 2020-21 Scottish Premiership campaign. That was Hibernian in a 2-2 draw in September – who had to be clinical to do so, having only managed seven shots and an xG of 0.6 all game.

With this in mind, if Celtic are to regain the Scottish Premiership title, it doesn’t take a rocket scientist to work out that they will need goals, and lots of them, to try to counter Rangers’ impressive defensive output.

While Rangers boasted the league’s most miserly defence, they were also comfortably the division’s top scorers, netting 92 goals to Celtic’s 78. However, they did so despite attempting almost two fewer shots per game on average (15.9) than Celtic (17.8).

Indeed, had Celtic converted their chances at the same rate as Rangers, they would have scored 103 goals in last season’s Scottish Premiership. Their issue, by comparison, was the quality of those chances – with their xG total lower despite having more attempts on goal.

Nevertheless, Celtic not only had more different scorers (21, excluding own goals) than any other Scottish Premiership side last season, but they also ended the season with the division’s top scorer in their ranks in Odsonne Edouard, Golden Boot winner for two years running.

While Edouard underperformed based on his xG, he still topped the division not only for his goalscoring, but his overall goal involvements (22), shots (110) and xG (19.7), while his average xG per shot was 0.18 – only three players to attempt 50+ shots boasted a higher total. Edouard has a knack of getting himself into good goalscoring positions.

However, Edouard has been subject to much transfer speculation. Perhaps with that in mind, Celtic have not been quiet in the transfer market. And arguably their most notable acquisition is Japanese forward Kyogo Furuhashi from Vissel Kobe.

You don’t have to dive too deeply into the numbers to see that his arrival could be a very shrewd acquisition by new manager Ange Postecoglou – who will know all about the Japan international, as his previous job was with Yokohama F. Marinos, an opponent of Furuhashi’s Vissel Kobe side in Japan’s top-flight.

Furuhashi can play either on the left or as a central striker, and that sort of output could be just what Celtic need to improve their consistency in front of goal in order to challenge Rangers.

The pressure is on new boss Ange Postecoglou. Last season was Celtic’s first trophyless campaign since 2009-10, this coming off the back of a run of four consecutive domestic trebles.

But Rangers have the offensive tools themselves to make their own mark in front of goal. Last season, four Rangers players bagged 10 or more league goals (Kemar Roofe, Alfredo Morelos, James Tavernier and Ryan Kent) – the most by a side in a single Scottish Premiership season since Celtic in 2016-17 (also four).

For Rangers’ two full backs, Barisic and Tavernier, to feature so highly for their xA is a measure of the danger they pose for Steven Gerrard’s side. Tavernier in particular, who’s numbers in recent seasons have been staggering for a right back.

Since Gerrard joined Rangers in 2018, Tavernier is the only player to have both 25 or more goals and 25 or more assists to his name in the Scottish Premiership, having scored 29 and assisted 30 under Gerrard’s management. His threat from both set plays and in open play has become so crucial to Rangers. A look at a graphic of his chances created last season tells a story of how effective his crossing is, especially from corners.

Clearly, the 2021-22 Scottish Premiership will once again be a two-horse race for the championship. Rangers and Celtic between them have won 106 of the 124 Scottish top-flight editions in history, including every single one from the 1985-86 campaign onwards.

The question of who will come out on top will be decided by whether Rangers’ defence can remain as watertight as last year, and whether Celtic can improve their conversion rate in front of goal. The four Old Firm derbies will also be telling – Rangers took home 10 of the 12 points available to them against Celtic last season. Should that have been reversed, the 25-point deficit of last term would have reduced to seven points. That’s how significant their meetings are.

Fine margins, but it’s exactly those kinds of details that will decide whether Rangers will come out on top again, or if Celtic can reclaim the crown.