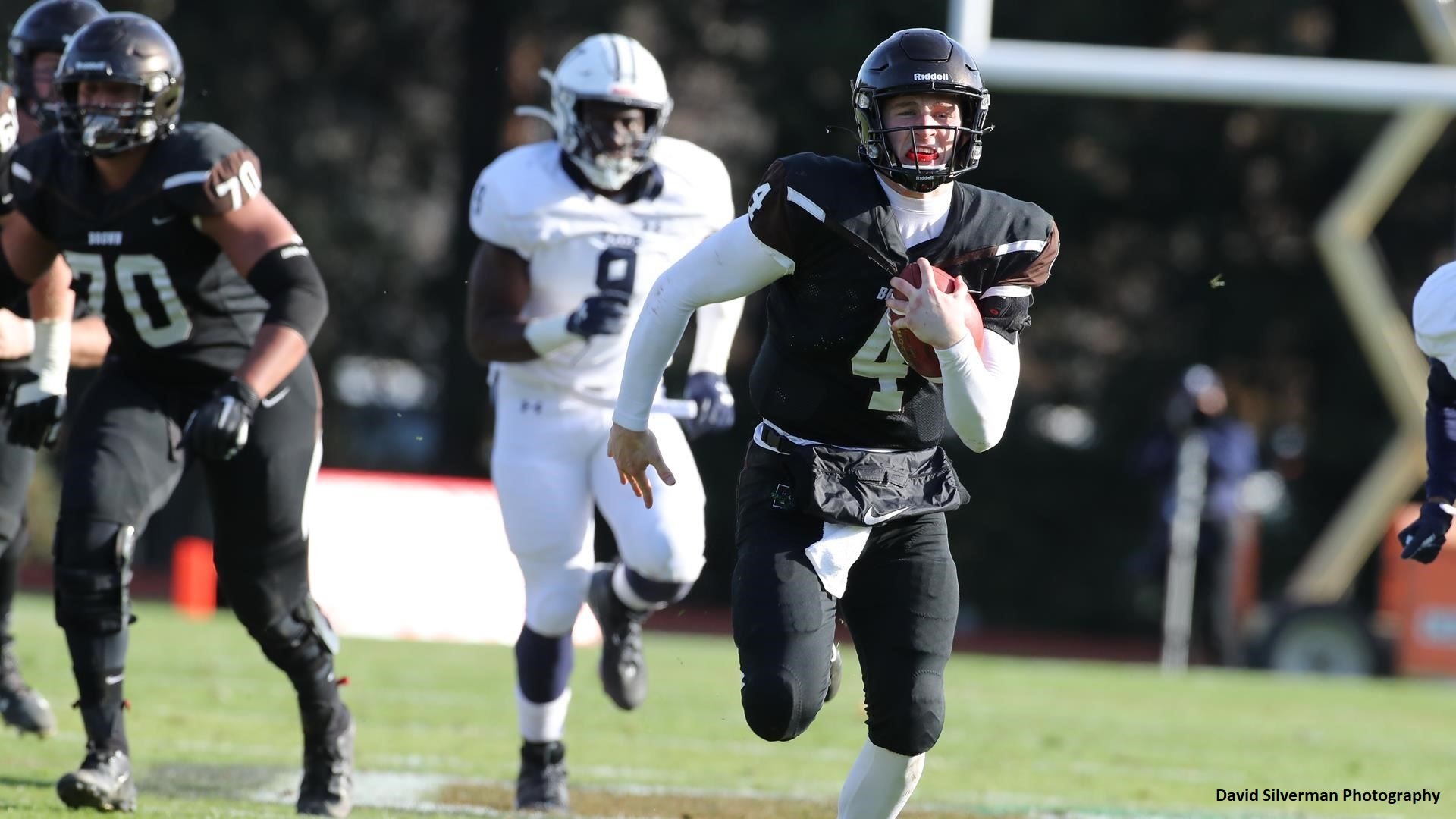 The eye test doesn’t lie, and the numbers clearly don’t either.

The upcoming season in FCS college football overflows with standout players, many of whom were All-Americans just a few short months ago after the 2020 campaign was mostly postponed to the spring due to the pandemic.

There are countless players to watch at 128 schools this fall, but if there’s one in each of the 14 conferences to keep a close eye on, let the numbers tell you why:

Having already had two top-five finishes in voting for the Stats Perform Walter Payton Award, the next step is possible in Barriere’s final go-around. He tops all active FCS signal callers in career passing yards (8,739), touchdown passes (75), TD-to-interception ratio (3.57) and yards per attempt (8.16).

N.C. A&T’s move into the Big South means a whole new set of defenses face the unenviable task of trying to contain Martin. No active FCS player with 10 or more rushing touchdowns can match the game-breaker’s 32.3-yard average on 32 career scores – yes, average. Included were nine TD runs of at least 50 yards during the Aggies’ most recent season in 2019.

Ratke figures to shatter FCS records for career field goals and total points by a kicker. Former NFL standout Dan Carpenter set both marks with 75 field goals (out of 103 attempts) and 407 points over 53 games at Montana from 2004-07. In 44 games, Ratke has 72 field goals (out of 85 attempts for a cool 84.7%) and 392 points. He enters his final season with at least one field goal in 21 straight games.

When Ivy teams last played in 2019, Perry – the nephew of Brown coach James Perry – made his first season as a Boston College transfer memorable. He set the league record for total offense (3,678 yards in 10 games) while leading the FCS in total offensive yards per game (367.8). The dual-threat accounted for 30 touchdowns.

New Spartans coach Dawson Odums must love that he’s moved into a program whose returning signal caller has made 31 made career starts (33 overall games) already. Carter ranks second in school history in completions (550), attempts (958), passing yards (6,760) and touchdown passes (49), and those numbers are No. 1 in the program’s Division I history.

Watson scoring only three touchdowns in the spring season was disappointing, but he averaged an FCS-high 85.7 yards on them. His game-changing plays have him near or at the top of any FCS prospects list for the 2022 NFL Draft. In the Bison’s 2019 FCS championship season, Watson consistently ran in games at 22 mph, according to Pro Football Network – an elite speed even for the NFL.

With 11 career interceptions, Jackson is tied for the lead among active FCS players. When quarterbacks shied away from him, Jackson stepped up to post a career-high 10.5 tackles for loss in his shortest season (nine games in 2020-21). Like Nicholls offensive tackle P.J. Burkhalter, K-Jack has the chance this season to become a three-time first-team Stats Perform All-American, which last occurred with Eastern Washington wide receiver Cooper Kupp’s four straight nods from 2013-16.

The 6-foot-3, 260-pound terror has at least one tackle for loss in his last 10 games and in all, but one of his 15 career Patriot League games (the exception coming against Holy Cross in 2018). He has 30.5 TFLs in 26 career games as well as 18 sacks, just seven shy of the school record.

That UD sat out last season makes it easy to forget the Flyers led the FCS in points per game (42.5) during their most recent campaign in 2019. Cook ranked No. 1 nationally in points responsible for per game (24.7), throwing for a school-record 33 touchdowns with 12 more on the ground. He has new receivers this fall, but running back Jake Chisholm, the FCS leader in all-purpose yards per game, rejoins him in the backfield.

Since 2010, only three other FCS players have matched or bettered Herres’ five-game stretch of 61 receptions to end his spring season. He went over 100 receiving yards in each game, finishing the campaign with 80 catches for 978 yards – both national highs. In fact, the 6-4 standout’s career average of 86.4 receiving yards per game ranks No. 1 among active FCS players.

The reigning Walter Payton Award recipient’s play is even bigger than his 6-7, 260-pound frame. In the spring regular season, he led the FCS in passing yards (2,662), completions (210), total offensive yards (2,708) and total touchdowns (27), and was top five in pass attempts (305, second), TD passes (18, tied for third) and completion percentage (68.9, fifth). His 70.1 completion percentage since transferring to Southeastern in 2019 is the third best in the FCS.

The FCS’ top defensive prospect for the 2022 NFL Draft just may be the former Under Armour All-American, who made a splash in his first season at then MEAC-member FAMU in 2019, matching his uniform number with five interceptions – the most at the school in eight years. Add in two forced fumbles that were recovered by teammates, and he was one of the more disruptive players in the FCS.

Now you see him, now you don’t. In his first season with the national champion Bearkats, Ezzard scored 12 touchdowns and averaged over 20 yards on 60 touches, including 38 receptions. Just as dominant when he played at Howard, Ezzard’s 25 yards per catch over 114 career receptions is the highest average in FCS history (among qualifiers). His 2,847 receiving yards rank No. 1 among active FCS players.