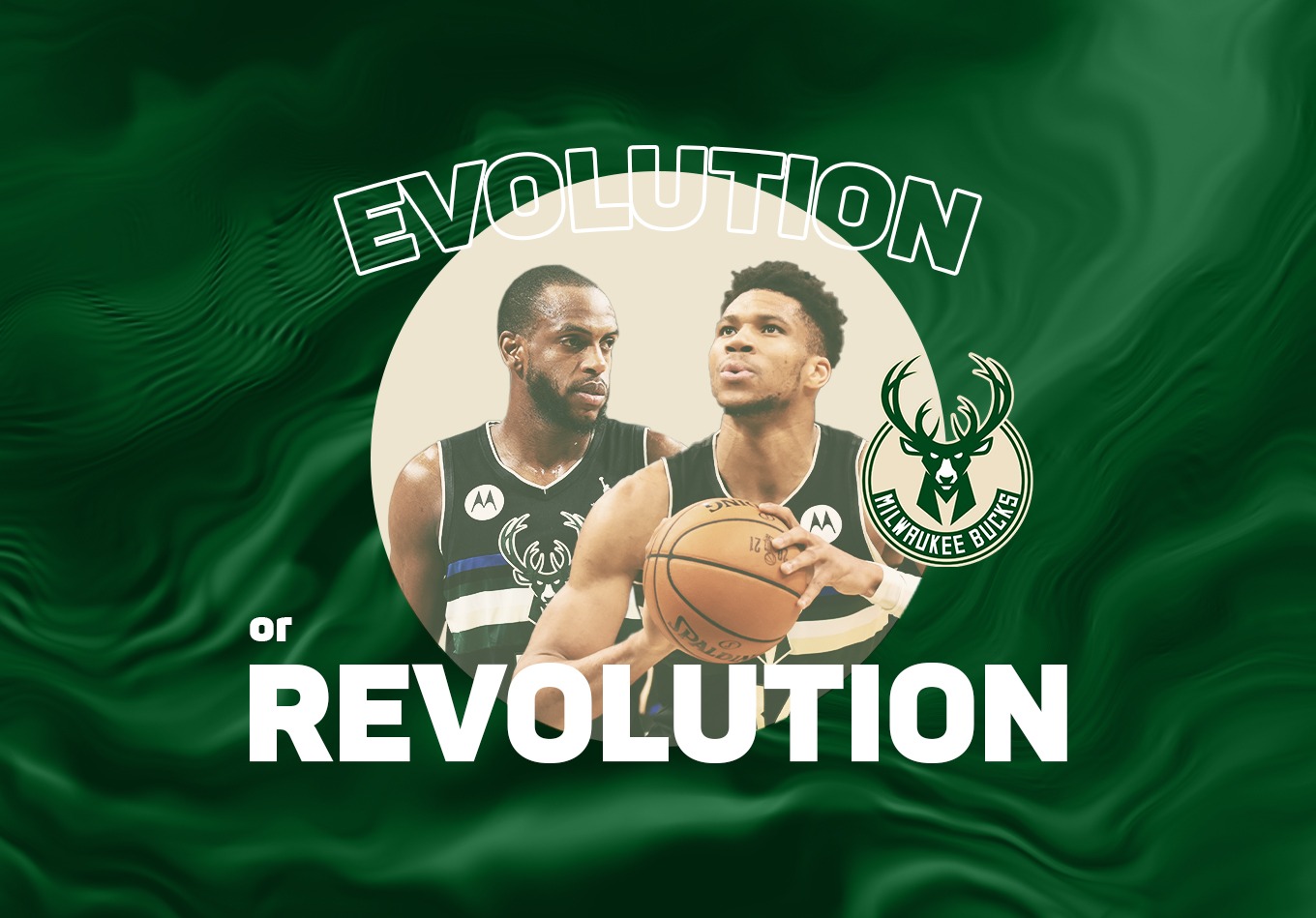 Deer Dynasty? What Giannis and the Bucks Face as They Prepare for Another Title Hunt

Evolution or Revolution is a series that analyzes whether a team needs a few tweaks or a fundamental reboot. This edition focuses on the offseason challenges the Bucks face as they look to repeat next season.

The Milwaukee Bucks haven’t been able to bask in the glory of a first NBA title for 50 years for too long.

With two of their Big 3 competing at the Olympic Games and with the small matter of the NBA Draft this week, focus among the players and in the front office has had to shift quickly.

On recent evidence, Jrue Holiday and Khris Middleton will have a harder challenge as they bid to guide Team USA to Olympic gold than Milwaukee general manager Jon Horst, who will be tasked with ensuring the Bucks are ideally positioned to defend their crown.

Indeed, following the Bucks’ comeback from 2-0 down in the NBA Finals against the Phoenix Suns, it is tough to find areas where they need major change this offseason.

Yet there are still some issues Horst will need to resolve to put the Bucks in the best spot to hold off the intense competition from those out to topple Milwaukee in the Eastern Conference next season.

Luka Doncic was recently labeled as the best player in the world by Argentina’s head coach after a 48-point performance for Slovenia at the Olympics. However, it is tough to look beyond Giannis Antetokounmpo for that title following an NBA Finals in which he raised his game to historic levels.

Antetokounmpo was starting from a high baseline, having finished fourth in points per 75 possessions in the regular season with 29.6 while once again proving himself a force on the glass. He was 12th in the league with a defensive rebounding percentage of 28.9.

In the Finals, though, Antetokounmpo reached heights that have largely only been scaled by those in the greatest of all-time conversation.

His 50 points in Game 6 tied Bob Pettit’s 63-year-old record for the most in a Finals-clinching matchup. Nobody had registered a 20-point quarter in the Finals since Michael Jordan in 1993, only for Antetokounmpo to do so twice against the Suns, his second coming in Game 6.

Antetokounmpo also became the third player in NBA history to win multiple regular-season MVPs and a Finals MVP by the age of 26, joining Kareem Abdul-Jabbar and Tim Duncan in that select group.

In racking up 211 points, Antetokounmpo tied Pettit for the third most in a Finals debut behind Rick Barry (245) and Jerry West (218). His three games of 40 points or more in a single Finals is a tally bettered only by West and Jordan (both four).

Giannis’ resume was already sparkling, yet the Finals was a series in which he proved he has the extra level that allows him to elevate his team in the same manner as Jordan and LeBron James.

The Bucks’ triumph was not simply a story of Antetokounmpo carrying Milwaukee to the title, though.

It is a wonder how Middleton and Holiday have the energy for an Olympic campaign, having salvaged a playoff push that looked lost when Antetokounmpo went down with a hyperextended knee in Game 4 of the Eastern Conference finals.

They combined for 110 points across Games 5 and 6, with Middleton producing a decisive 32-point display in the latter, and their influence extended into the Finals.

Holiday’s steal from Devin Booker and subsequent pass for Antetokounmpo’s thunderous dunk in Game 5 will go down in Finals history and perfectly encapsulated his position as facilitator in chief.

He ranked fifth in assists per 48 minutes among players to play in at least 10 playoff games with 10.5. Chris Paul (12.0) was the only Finals player to finish above him.

Middleton, meanwhile, had five games of 30 points or more in the playoffs, but the Bucks’ depth extended well beyond the club’s Big 3.

Bobby Portis had Milwaukee’s highest plus/minus per 48 minutes (9.0) in the postseason while Bryn Forbes averaged 5.8 made 3-pointers per 48 during the playoffs, a mark bettered by only Donovan Mitchell of the Utah Jazz (6.9).

Brook Lopez’s 33-point performance in Game 5 was pivotal in tilting the Hawks series in their favor while Pat Connaughton posted a combined plus/minus of 31 across Games 4 and 5 of the Finals.

However, there are those who believe the 2020-21 Bucks would have been ousted from a healthy Brooklyn Nets team in the East semifinals or point to the fact that they had the seventh-lowest adjusted team rating among NBA champions since 1986-87.

So there is a need for at least some improvements and Milwaukee will face some challenges in keeping the team together.

The futures of both Forbes and Portis can be considered in some doubt. Forbes declined his player option to test the open market and Portis could follow suit, with both likely to have plenty of suitors following their productive postseasons.

Meanwhile, P.J. Tucker is set to enter free agency, though the Bucks own his Bird rights, meaning they can go over the salary cap on his contract to keep him around.

Doing so may well be in their best interests. While Tucker offered extremely limited offensive production in the playoffs, he added substantial value on defense in the Finals.

With Tucker on the court, the Suns shot just 35.7% from beyond the arc. When he was off the floor, Phoenix converted on 41.9% of efforts from deep. The Suns scored only 7.9 second-chance points per 100 possessions when going against Tucker, compared to 11.5 with him on the sideline.

Retaining his veteran presence should be a priority for the Bucks, though there is the possibility they could identify a strong defender to fill the void should they let Tucker leave or find a scorer to replace Forbes or Portis. They didn’t likely fill any of those potential holes in the draft, selecting Sandro Mamukelashvili from Seton Hall at No. 54 and George Kalaitzakis from Greece with the 60th and final pick.

Had the Bucks fallen short again in the playoffs, there likely would have been calls for revolution, specifically pertaining to a coaching staff that came under fire following Milwaukee’s disappointing performance in the bubble in 2020.

Instead, for Milwaukee, it is now firmly about how this team can evolve around Antetokounmpo and to what degree he can grow his already devastating skillset to ensure he and the Bucks remain a dominant force in the coming years.

And there were clear signs in the Finals that Antetokounmpo is learning how to minimize his flaws and maximize his litany of strengths when the stakes are highest. He has shot under 72.0% for his career from the free-throw line but converted on 17 of his 19 attempts in Game 6 to close out the Finals.

That ability to make crucial improvements when it matters most should be an ominous sign for rivals looking to dethrone the Bucks next season.

If the bulk of the band is back together in 2021-22, there is little to suggest Milwaukee and Giannis will not be primed to call the tune again in the East in a push for a first title defense in franchise history.