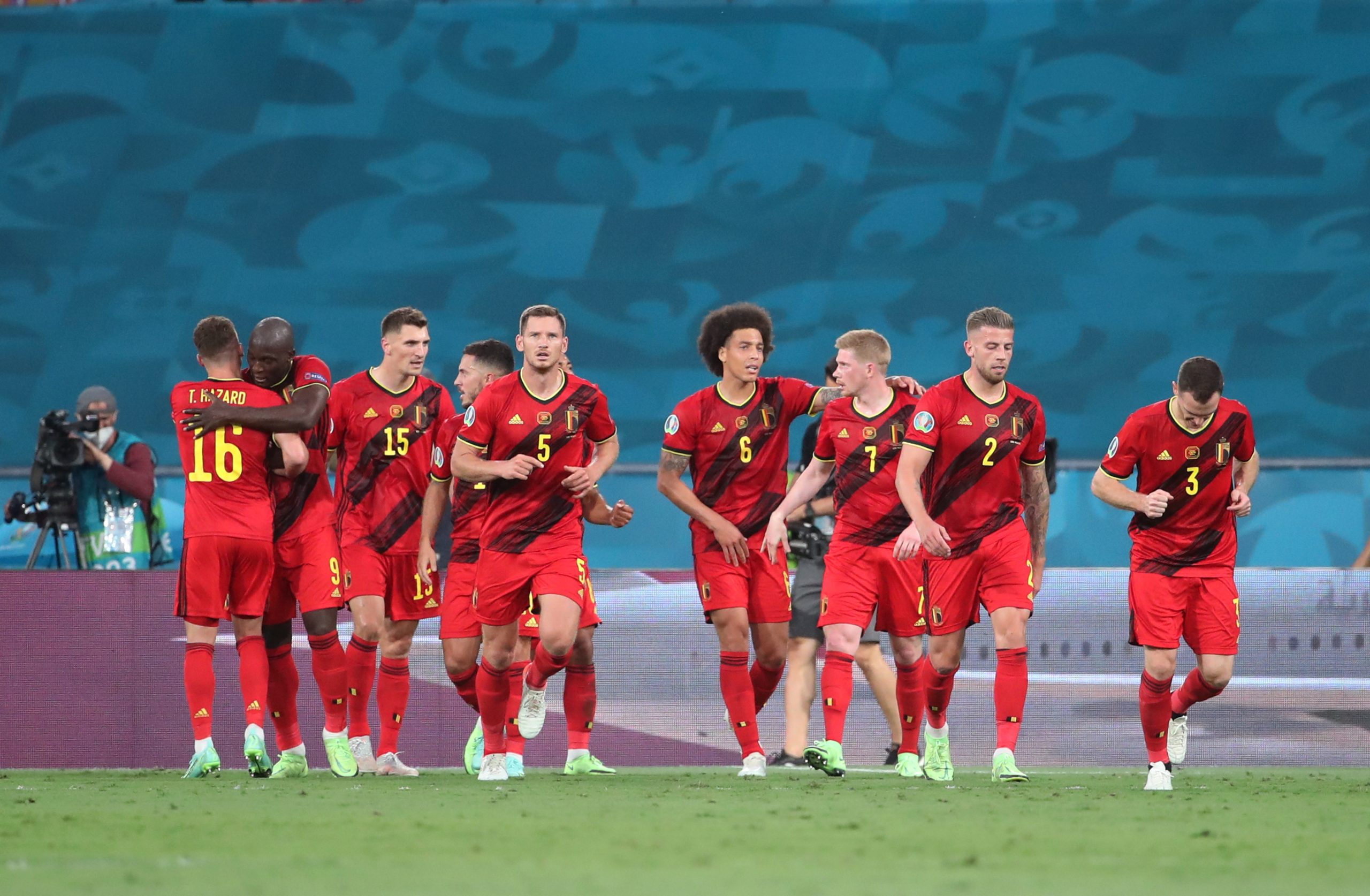 It’s Now or Never For Belgium

France are out. Germany have gone. The Netherlands have exited. Portugal have been dealt with. The window of opportunity has now widened for the highly fancied Belgians to win their first ever major honour, but can they go one better than 1980 and lift the Henri Delaunay Trophy?

The Red Devils have been one of the favourites for Euro 2020 all along in our tournament predictor, but have found themselves in the so-called tougher half of the draw and will likely have to face Spain in the semi-finals should they progress past the impressive Italians in the quarters.

Drawing upon their experience gained at the World Cup three years ago, Belgium could make successive semi-final appearances at major tournaments for the first time in their history. Lying in wait in the quarter-finals are Roberto Mancini’s Italy in Munich, who’ve certainly performed on the field in making this stage. But can ‘the golden generation’ take out another heavy hitter on their way to glory?

Expectations surrounding the Belgian side were naturally high going into this tournament, given the ruthless nature they showed in qualifying, with 10 wins from 10, a feat only their next opponents Italy replicated. It’s been tough for Belgium to translate that into a truly impressive performance at Euro 2020 so far, never being completely convincing against an opponent but equally never looking like losing either.

Their four games coming into this clash have required differing approaches. Opening game opponents Russia offered little and Belgium didn’t need to press home their dominance to secure a win to start the tournament, being 2-0 up in 35 minutes. Only one game has had fewer shots (England v Czech Republic) at Euro 2020. In their third group game against Finland, they had already qualified and found it tough going breaking down the Finnish lines of resistance until the final 20 minutes when Romelu Lukaku and Kevin De Bruyne found their rhythm.

In their other group match against Denmark, they conceded inside two minutes to the Danes, relying upon the introduction of Kevin De Bruyne to instigate a comeback. The Last 16 tie against Portugal was a contest low on quality, but thanks to Thorgan Hazard’s excellent long-range strike they were afforded breathing room and gladly sat back to allow Portugal to attack them.

Were it not for their star players providing moments of quality or opponents squandering chances against them, things could have turned less fortuitously for Belgium. Their six shots against Denmark and Portugal are the equal second fewest by the team under Roberto Martinez, with his first game in charge against Spain being the only fixture in which Belgium have had fewer in in his near-five-year tenure.

This shot-shy approach for a team seemingly full to the brim of versatile attackers has been an issue that has dogged the Belgium head coach for some time now. In their 17 games across the 2020-21 season, they’ve had fewer than 10 shots on 10 occasions.

Belgium have the lowest expected goals tally of any team left in the tournament (4.1) but they have scored double that total (8) largely thanks to the performances of Romelu Lukaku. They are the only team at this tournament converting shots at a rate better than 20%, consequently performing above their xG total by the highest margin (+3.9).

The two games against Denmark and Portugal were only the second and third time that Belgium had faced more than 20+ shots in a match under Martinez. The other was their QF victory over Brazil (27 shots against), showing that in tournament football their defence may come under a greater level of scrutiny but Belgium tend to ride that storm out to victory.

Italy have had the most efforts on goal of any team at Euro 2020 (87, more than double Belgium’s 38) and are the only team to have 20+ shots in three separate games (27 AET v Austria, 24 v Turkey and 23 v Wales). The Belgians by contrast are one of only two teams to face 20 in two separate matches (also Turkey).

The back three of Toby Alderweireld, Jan Vertonghen and Thomas Vermaelen are all vastly experienced but are likely to be playing in their last European Championships with them all being over 32 years old. The shield offered to them by Axel Witsel and Youri Tielemans could be key in this match and has been vital in the tournament thus far, with Belgium conceding only once – to Denmark – in four matches. The 0.066 xg per shot faced is the best of any team at the tournament, a shade better than the Italians (0.071) who’ve also managed to keep opponents at bay throughout the competition.

Martinez nor Belgium are renowned for solidity at the back but perhaps they should have a little more respect. They’ve conceded only 15 times in their last 27 internationals, with only two teams (England and Denmark in the Nations League) managing to score more than once against them.

The main question that remains is this approach sustainable going into this match? The victory over Portugal could prove to be a pyrrhic one with two of the key creative cogs in Kevin De Bruyne and Eden Hazard expected to miss the tie with injury. They are the two players with the most assists for Belgium under Martinez (Hazard 18, De Bruyne 19) and if neither can be present for the full game, then that might prove problematic.

They’ve coped without Kevin De Bruyne before, losing just one of their last 17 competitive games that he’s not played a part (W15 D1), but this is a different proposition given his performances thus far at the tournament and the stakes at play.

No player has created more chances than Kevin De Bruyne at the tournament so far (10), with only Marco Veratticreating at a faster rate than him of players to play at least 90 minutes.

De Bruyne is on the verge of history if he can shake off his latest setback. He is one assist (five) off the European Championship record since 1980, currently held by both Cristiano Ronaldo and Karel Poborsky (six).

Without him, greater emphasis could be placed on Belgium’s all-time leading scorer Lukaku to drag Belgium through this test. He is the top scoring player left in the tournament in terms of international goals (63) and will be keen to increase his goal tally in the race of the Golden Boot, as a by-product of Belgian progression.

He’s scored with three of his nine shots at Euro 2020, with Raheem Sterling the only player to score as often with fewer shots (7). Lukaku’s been required to drop deep to make things happen for Belgium, and with the injured Hazard the most frequent source of passes for the Internazionale striker, a worry would be the form of distribution played into him without his forward partner.

As displayed in the map of passes received at the tournament to date, it’s evident that Belgium aren’t shy in distributing long passes to their star striker from goalkeeper Thibaut Courtois and the selected defenders in front of him. Lukaku is more than adept at being a hold-up man, but in doing this is takes him away from the areas that he’s proved the most dangerous to opposition defences.

Italian fans will be more than aware of Lukaku’s ability to create, given that he provided 11 league assists this season for Inter in Serie A, having done so just twice in his first season at the club.

The Belgians have been able to rely on Lukaku for a constant source of goals since the 2018 World Cup, with 23 goals in 22 games over this period – nine more than any other player. But should service to him be hindered with the expected absence of Hazard and De Bruyne, can he carry them into the semi-finals?