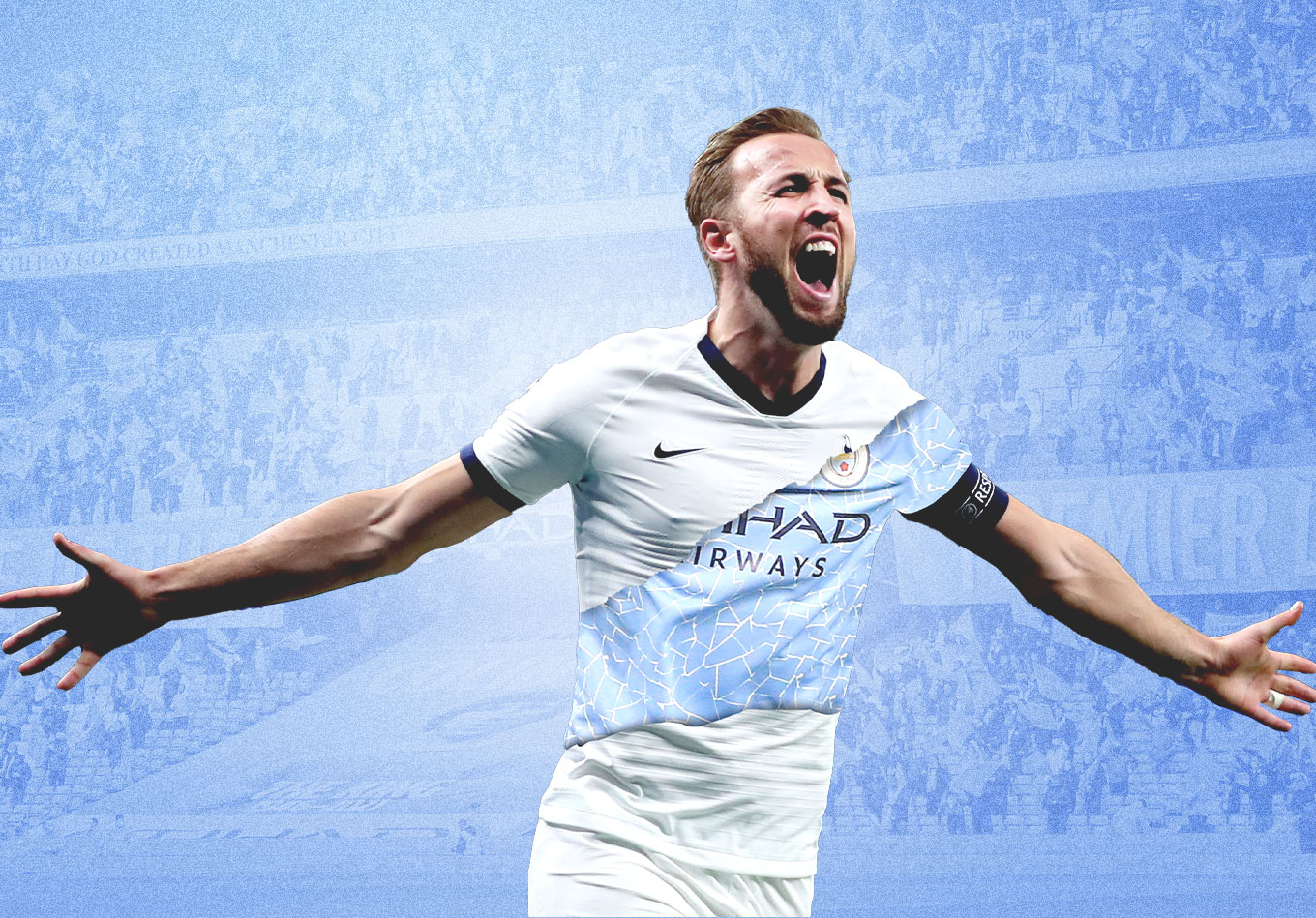 Harry Kane is 28 and He Has a Decision to Make

Harry Kane, that one-season wonder from 2014-15, turns 28 today, on the back of seven consecutive 17+ goal Premier League seasons. He has 166 Premier League goals, a tally that puts him seventh on the all-time list with Thierry Henry, his next target, just nine ahead. If Kane hits the ground running in 2021-22 he might overtake Henry by Halloween and be unofficially crowned as the king of north London Premier League goalscoring.

Then again he might not. Because by then he might be playing for a team not based in north London but one based in east Manchester instead. Manchester City’s interest in Kane is a footballing known known, and yet this week’s birthday, cruelly nudging Kane just two orbits of the sun short of his 30s, can seem incommensurate with the sort of giant fee that it would take to actually prise him from Tottenham Hotspur.

Henry’s mentor Arsène Wenger did more than most to introduce to football a deep fear of footballers turning 30. As Arsenal manager he routinely offered star players in their 30s mere one-year contract extensions. For someone like Dennis Bergkamp this worked fine, for someone like Robert Pires it wasn’t enough, and Arsenal lost his services when Pires was still a vital player. They haven’t been champions of England since he left. While sportspeople from Pedri to Jude Bellingham to Tadej Pogačar have shown that youth is no barrier to immediate impact in 2021, the continued existence of the likes of Thiago Silva, Zlatan Ibrahimovic and Cristiano Ronaldo in elite football shows that age is also a barrier that can be circumvented.

Even so, any financial department signing off a chunky nine-figure fee for a 28-year-old Kane will have at least one bead of sweat on their index finger as they click the ANNOUNCE KANE button that every leading football club has installed on their main computer. In the history of football transfers, the average age of players who break the world transfer record is around 25, with the last two to do it in their late 20s being Luis Figo in 2000 and Zinedine Zidane a year later, both moving to Real Madrid. The next three record fees were also paid by Madrid, but with Kaka, Cristiano Ronaldo and Gareth Bale, they slowly reverted to younger players with more seasons in their legs to repay the outlay.

But what sort of productivity would Manchester City or Tottenham get out of Kane in the remainder of his career? It’s impossible to say decisively, but we can use both history and new technology to make some estimates. Let’s start with the past and look at the historical performance of great Premier League goalscorers over the age of 28.

Of the top 20 scorers in the league’s history, 18 of them have scored at least once past their 28th birthday, the exceptions being Kane, of course, and Romelu Lukaku. Of the other 18, the average proportion of their goals scored aged 28+ is a healthy 46%, with Ian Wright (100%), Jamie Vardy (99%) and Teddy Sheringham (78%) having the biggest ratio post-27. Of players in the top 10, Les Ferdinand leads the way on 70%. The outliers in the other direction are something of an indictment of the medical practices at Anfield in the 1990s, with Robbie Fowler (17%) and Michael Owen (15%) scoring the vast proportion of their goals as young men. Liverpool also managed to sign the other two players in the top 20 to have scored the highest proportion of their goals before 28, in the form of Robbie Keane (17%) and Emile Heskey (23%).

Which archetype does Kane fit into? The barnstorming youth prodigy played hard and often until he breaks down in his mid to late 20s? Not really, although Kane has suffered with ankle problems and a serious hamstring tear, the latter being the reason cited by Owen for his own rapid decline. So is Kane the new Les Ferdinand or Teddy Sheringham, then? Both are players with whom he shares certain skills, but it feels more likely that Kane is an Alan Shearer, a pure goal machine able to reinvent himself multiple times in his career without slowing down his goal rate too much. 47% of Shearer’s Premier League goals came aged 28+; a similar figure would give Kane an additional 147 goals, taking him to 313, putting him third, ahead of Dixie Dean (310) in the all-time list and just behind Steve Bloomer (314) in second place.

Kane overtook Shearer for England tournament goals earlier this month, but overhauling him in the Premier League is the ultimate quest. As it stands, Kane has more Premier League goals at his age than any other player in the competition’s history and as the chart below shows, Kane has kept pace with Shearer’s golden period in the 1990s and has edged well clear in the last year, taking advantage of Shearer’s worst ever season, which came in 1997-98 when he was 27, and saw him score only twice. Had Shearer continued on the path he took between 1992 and 1997, he too would have ended his career with more than 300 Premier League goals, although Jimmy Greaves’ all-time top-flight record of 366 is surely out of sight forever, even for Kane.

1997-98 was Shearer’s second season after his own world record transfer to Newcastle. He scored 20+ goals in three seasons for his hometown club but scored seven or fewer on three occasions too. Ignoring the fact that ultimately it’s Tottenham’s decision to sanction a transfer of their main striker, the decision Kane has to weigh up is whether he is better off pursuing a personal chase of Shearer at Spurs or supercharge the possibility of winning trophies by moving to the Etihad Stadium. A player of his calibre will always score goals, as Euro 2020 showed, but there’s a more than reasonable argument that Kane’s scoring rate will decrease if he plays under Pep Guardiola at City. Think about it: at Tottenham last season Kane scored or assisted 54% of the club’s league goals, while at City their top scorer was İlkay Gündoğan with 13 goals, and the player with the highest proportion of goals and assists was Kevin De Bruyne on 22%. At Spurs, Kane is an overworked Roy of the Rovers, expected to dig his team out of regular holes. At City, he’d be one of a cast of attacking talent who get rotated, rested or dropped [delete as per how grumpy they look on the bench].

This is where technology can help us too; a brand-new Stats Perform model can simulate a player’s future performance and, crucially, do so for that player at different clubs. Plugging Kane into City for 2021-22 sees him get an expected goals per 90 figure of 0.51, versus 0.54 if he stays at Tottenham. Not a vast difference, and Kane has overperformed his xG many times before so could easily enjoy a stellar goal return in sky blue, but the idea that simply slotting Kane into the Manchester City XI will see him become the first Premier League player to hit 35+ goals in a single season is reasonably fanciful. Add in fewer actual playing minutes as discussed above and Kane’s raw goal output at City might be “average,” albeit an average that most players would love to achieve.

Interestingly, Kane’s simulated expected assists per 90 figure at both City and Tottenham in 2021-22 is 0.11, which is also what he recorded at Spurs in 2020-21. And that’s important because Kane’s creativity last season – he became the first player since Andy Cole in 1993-94 to end a Premier League campaign as sole leader in both goals and assists – is surely one of the reasons the 28-year-old is so attractive to Guardiola. Kane dropping deep to act as a luxury false nine with City’s attacking resources around is potentially devastating, potentially Champions League winning.

And while Shearer rarely contributed many assists in his autumn years at Newcastle, Kane might double down on his creativity to the extent that it further reduces his goalscoring rate. It’s too simple to conclude that Kane in Manchester means club honours but no Premier League goal record, and vice versa if he remains in London, but it’s a reasonable theory all the same. One of the most clinical and decisive forwards in modern football now has to make the biggest choice of his career.