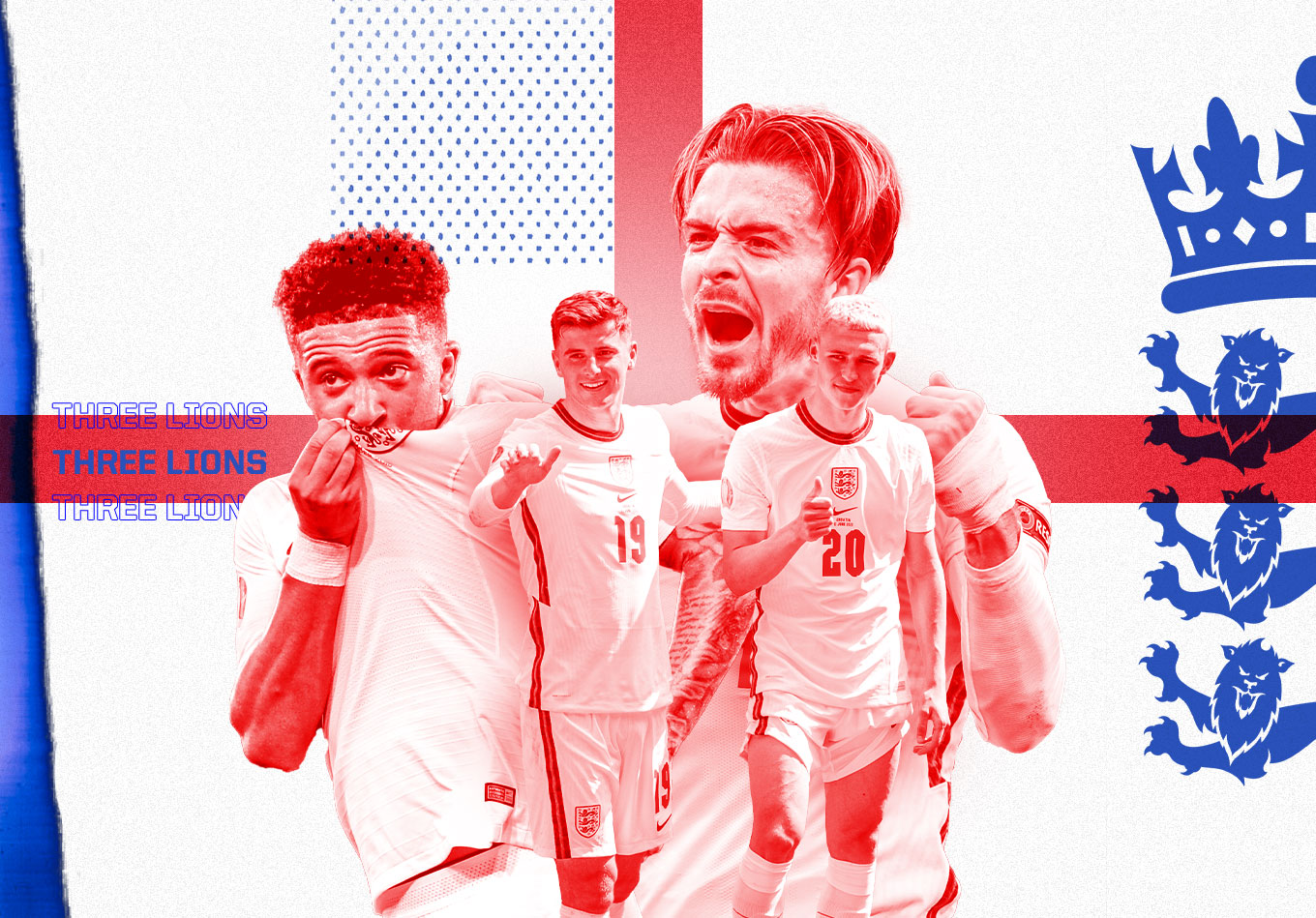 The brave leader is standing alone with the honed enemy’s high press hurtling towards him. His side have been too cautious and are now racing to support him, but it’s too late, the opposition are too strong, too fast. The lack of anticipation looks terminal, and the cause seems utterly lost until a last gasp intervention from the reserves saves the day. Now you might be thinking that this sounds like a fate England could face on Saturday night against Ukraine, if Harry Kane once again struggles to fire on all cylinders, but it’s actually the main plot device of S6E9 of Game of Thrones. But while Jon Snow had the Knights of the Vale to save the day, Gareth Southgate arguably has better options available to him; he has the Young Knights of the Premier League Academies straining at the leash.

It’s important to understand that this article isn’t criticism of the England manager’s approach against Germany because choosing to name Mason Mount, Jack Grealish, Phil Foden and Jadon Sancho on the bench undeniably worked. Perhaps one of them could have featured instead of Bukayo Saka, but Saka had earned his spot and was England’s brightest player in the first half on Tuesday. This is absolutely not a plea to channel Kevin Keegan and chuck ‘the creative lads’ into the team and see what happens. Keegan’s encounter with Germany at Wembley in 2000 ended in defeat and the entire stadium was dismantled soon afterwards. Southgate, in contrast, builds. He builds teams, he builds hope and he builds belief.

But even so. Did you see the bench against Germany? Did you see it? That bench of dreams. The Young Knights.

Between them, Grealish, Foden, Mount and Sancho created 194 chances from open play in league football in 2020-21, scoring 30 goals. The entire England bench for their doomed last 16 game against Iceland in Euro 2016 had created only 217 between them, led by veterans like James Milner and Jamie Vardy and supported by Adam Lallana and Ross Barkley. With all due respect, Southgate’s options five years on are vastly superior. Of the four players we are looking at here, only Grealish, 26 in September, is nearer to his 30th birthday than his 20th. Foden and Sancho were both born in 2000, while Mason Mount was born on the very same day in January 1999 that Gimme Gimme Gimme first aired on the BBC. “Gimme gimme gimme some more playing time boss,” more like.

As we revealed in The Blueprint, Ukraine start passages of play closer to their own goal than any other team left in the tournament. You can be sure that Ukraine football Twitter is not asking Andriy Shevchenko to cut loose and bomb forwards against England. They know what has got them to the quarter-finals and they’ll hope that it gets them to the semis as well.

Southgate knows Ukraine will take some breaking down. Nu-England are a carefully considered project. Like a menu that’s written every day based on available ingredients, England’s XI is picked to defeat the specific opponent they are facing. No more 11 Lionhearts playing with pace, passion and rival-club grudges, but 11 eager pupils who are more than the sum of their parts. Ukraine are not Germany so there will be changes and players who can break through obdurate defences will surely be key. Do England have any of them, you ask. Come on.

Mason Mount surely has the best chance of coming back into the side, especially if England revert to a back four. His open-play chance creation map from last season’s Premier League could be used in a legal case against Timo Werner and others. Forty-six chances created, some from deep, many from the edge of the box and only one of them was scored (by Kai Havertz against Fulham on May 1). Mount did what he could but was let down by teammates. Mount hasn’t even played for England since the Scotland game but still has an expected assists figure of 1.01, second only to Luke Shaw. Every peak performance needs a mount. Every castle needs a mason.

Phil Foden was the least creative of the four in the league last season but then he offers more goal threat so that more than makes up for it. Even so, look at all those little threaded passes on the edge of the box and all the cut-backs from the left hand side. A false nine who can create and score as well as work the width of the penalty area? Could be useful. Maybe one day.

Jack Grealish himself, here in the Summer of Grealish. Two assists in 116 minutes of action at Euro 2020 already puts him into joint second for most England assists in European Championships history behind David Beckham on five. In the Premier League last season only Bruno Fernandes (77) created more chances from open play than Grealish. Feast your eyes on the left side of the penalty area, the absolute zona-di-Grealish and one from where both of his England assists this summer have emerged. So good, and so part of the 2021 zeitgeist that even if he doesn’t feature against Ukraine, in years to come people will simply assume that he did.

And then we come to Jadon Sancho. His move to Manchester United has been inked, rubber stamped and laminated, so maybe his stock will rise exponentially next season. If he can keep up the numbers he’s churned out at Borussia Dortmund over the past three seasons that is. Since 2018-19 the only players in the big five European leagues to assist more goals than he has are Lionel Messi and Thomas Muller, legends both but also both well into their 30s. Sancho, as seen in the tweet below, is responsible for 9% of the goals and assists in the big five leagues from players born in 2000 or later.

United fans yearning for the new Russell Beardsmore might be surprised to see how much of Sancho’s productivity last season for Dortmund came on the left and centrally but while that earned him admiration across Germany and elsewhere, it has probably hampered him for England, as he’s operating in Grealish territory there. You can have too many nice things, it turns out. And 10 assists from 49 chances created is a clever way of saying “I play with Erling Haaland” without actually saying “I play with Erling Haaland.” Haaland, born in England in 2000, like Sancho and Foden, must be fuming he wasn’t selected for the Three Lions this summer. Yes, I know.

Even uncontacted tribes in the planet’s most obscure forests know that England won the World Cup at home in 1966, playing pragmatically, then failed to reach the tournament at all in 1974 and 1978. Ah the 1970s, when the nation both housed and ignored a vast range of maverick showmen who would refuse to tuck their shirts in, cut their hair or turn down another contract for an autobiography. Jimmy Greaves, arguably the greatest striker England has ever produced, was injured in his country’s final group game in 1966, and sat out the rest of the tournament. Fit enough to feature in the final, the last ever World Cup game not to permit substitutes, Greaves sat and watched as his destiny was taken by other people. It’s not 1966 anymore, although Southgate’s pragmatism is, so far, a wise recreation of that spirit. It’s 2021 and teams can make at least five substitutions in games at Euro 2020. We must hope the situation never requires it, but imagine the fourth official holding up that board and all four of the Young Knights galloping onto the pitch at the same time.

Herald sound that horn, the battle isn’t lost yet.