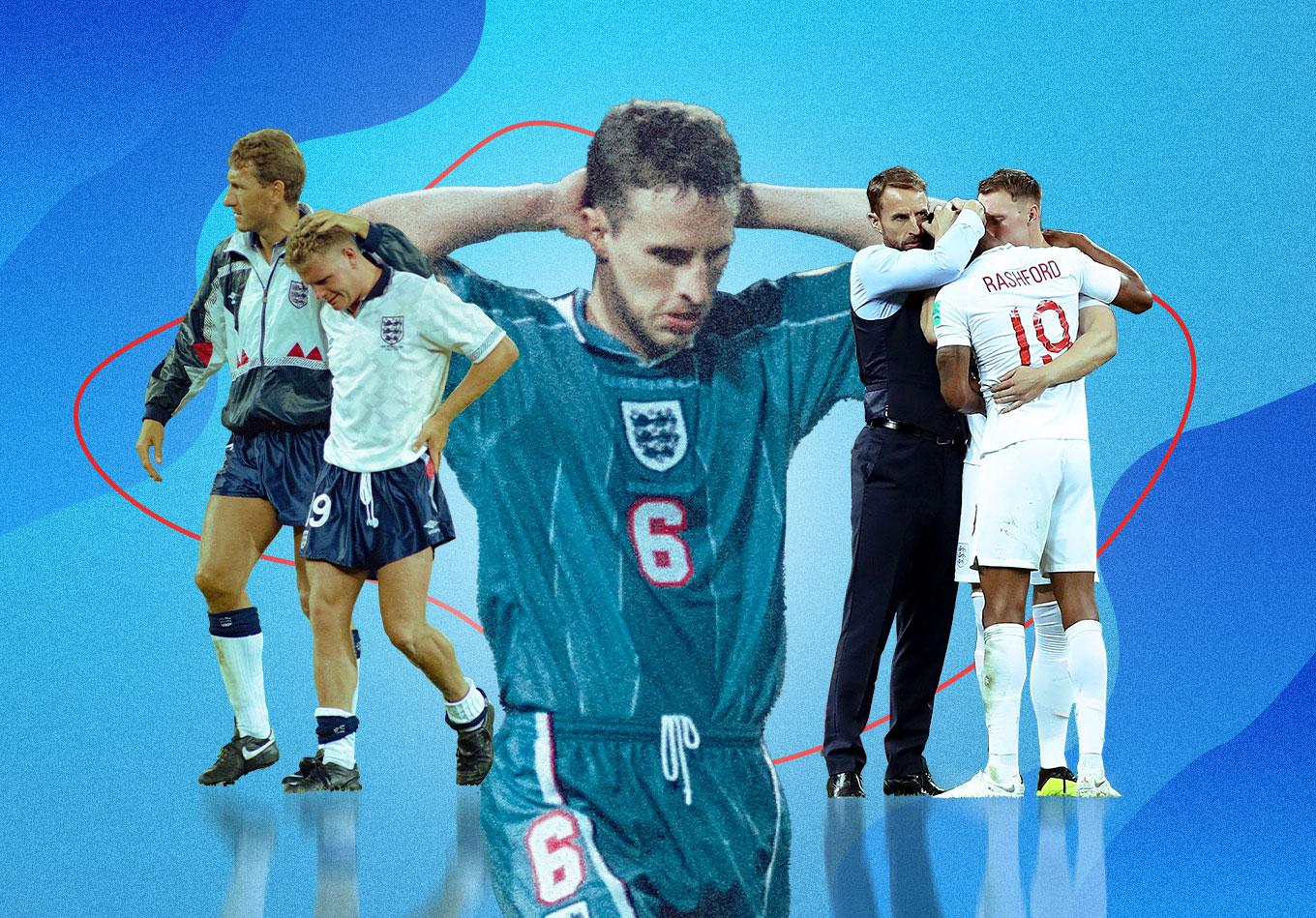 Like Tim Henman at Wimbledon, England have contested four proper semi-finals in their football history, but unlike Henman they have at least managed to win one of them, albeit way back in 1966. Since then there’s the defeat to West Germany on penalties at the 1990 World Cup, the defeat to Germany on penalties at Euro 96 and the defeat on goals scored to Croatia three years ago in Russia. Archive extremists will also point to the 1968 European Championships but format ultras will counter that this was a tiny four-team competition comprising just a semi and a final. Yes England “reached” the semi-final via a qualification campaign but it’s not the same is it? And one of the semi-finals was decided by a coin toss. It just doesn’t feel canon. Tonight’s clash with Denmark, in contrast, is the sixth game of an increasingly giddy month, with Gareth Southgate’s team yet to concede a single goal. But what can they learn from their predecessors in last four clashes? Not loads… but enough.

Widely remembered as the best game of the tournament, England’s World Cup semi-final against Portugal in 1966 ended 2-1 to the tournament hosts, Bobby Charlton with both of England’s goals, Eusebio with Portugal’s consolation from the penalty spot. Portugal were arguably the most entertaining team at this World Cup and in this match they rustled up 25 shots, 10 more than England did. That said, 12 of those efforts were off target, and we should also remember that football in the 1960s was in some ways more akin to basketball, with most games seeing the two teams taking it turns to have possession of the ball and shoot, but even so, England probably came closer to defeat in this game than anyone really remembers. I’d argue this game is one of the least remembered of England’s 1966 World Cup, with the quarter-final against the Argentine “animals” (narrator: it was England who were the animals), and group games against Uruguay (hashtag slow start) and France (the last sighting of Jimmy Greaves in the tournament XI) that invariably get more coverage. Even so, it remains the only semi-final England have won, and the only semi-final they’ve scored more than one goal in. Well, so far anyway.

Hello it’s One Night In Turin, and what a game it was. End to end, an England comeback, Gascoigne’s haunted booking, the national penalty shootout origin story. All vital images seared into the collective memory of anyone old enough to have watched the game.

What stands out from the expected goals map is just how incredibly early 1990s this game was. A low scoring tournament still blighted with the hated system of goalkeepers being able to pick up passes from their team-mates, you can almost sense the frustration of the two talented sides contesting this game. The West Germans had 27 shots in the game, and only eight of them came from inside the penalty area. There was a touch of fortune about their goal, too, as a huge deflection from Paul Parker looped Andreas Brehme’s shot past Peter Shilton, the veteran keeper already falling into his own goal as the ball passed him into the net. England’s eventual equaliser was from closer in, but as the shot map below shows, it was the lowest quality chance Gary Lineker took in the tournament, albeit one of his best finishes in an England shirt.

The xG race chart only emphasises the classic nature of the game. Often one or even both teams in a match will have a long lull where they don’t create chances, but other than England in the first period of extra-time, this didn’t happen. This was two quality teams slugging it out on the biggest stage, with, of course, the Germans coming out on top as usual.

Six years after West Germany had edged past England on penalties, reunified Germany did the same at the European Championships. Football had come home, as specified, but the trophy was on its way to the mainland once again. Compared to 1990 there was much more action in the penalty boxes, and the sad story of England’s night can be told by the two high quality xG chances they generated in Germany’s six yard box. The red one is Alan Shearer’s goal, scored after only three minutes, and the one even closer to Germany’s goal is the agonising Paul Gascoigne opportunity in extra-time, when the midfielder came so close to a game-concluding Golden Goal. In 1990 the tears had slid down his cheeks, in 1996 his body slid across the Wembley turf, but the end result was the same: Germany were off to the final.

In terms of match progression, the race chart illustrates how the game was bookended by a ferocious start and an England onslaught in extra-time. Maybe the latter explains manager Terry Venables’ decision not to make any substitutes in the entire 120 minutes of play, but given how the penalty shootout turned out, throwing Robbie Fowler or Les Ferdinand on might have been useful. Revisionist match reports written a while after this game sometimes focus on England’s “heartache with penalty shootouts” but going into this game they had a record of W1 L1, so that doesn’t really stand up. Heading into the semi-final with Denmark this week England have won two shootouts in a row (vs Colombia in 2018 and against Switzerland in the Nations League in 2019) so recent history is with Gareth Southgate, which is nice considering we all know what happened with England’s sixth spot-kick in 1996.

By the time England reached the 2018 World Cup semi-final, Three Lions had been transformed from a celebration of England hosting a tournament in 1996 to an irony-drenched hopeful clarion call, something often misconstrued by people from nations whose folk memories of England supporters was more plaza-based. The island joy was understandable; Southgate’s team were in the process of going further than any England fan had dreamed was possible. The round of 16 game against Colombia saw England end their supposed penalty curse while the quarter-final was a hyper-professional performance against Sweden that never really looked in doubt.

Which makes the performance in the semi-final against Croatia all the more disappointing. The Croats won the game on both goals and expected goals, with England’s goal coming from Kieran Trippier after only five minutes. As with Shearer’s goal in 1996, it’s very arguable that it came too early, although as we can see on the race chart, Croatia did not muster much attacking threat until Ivan Perisic equalised. Just as in 1990 and 1996, this semi went to extra time but unlike those previous games, England offered virtually nothing in the additional 30 minutes, while Croatia made more than twice as many passes as England in the second half. Perhaps with the shootout demon now conquered they were waiting for another set of penalties to guide them bureaucratically through to the World Cup final. As it was, England’s final attempt came in the 99th minute, a blocked John Stones header. What a way to squander progression.

Let’s be truthful, a country with the facilities, wealth and football heritage that England possess should have reached more than one final in 71 years. The fact it’s even 71 years is telling, because it highlights how the 1950 World Cup was the first tournament snooty old England even deigned to take part in. Other than that long summer of 1966 it’s been a painful process of flawed catch-up ever since, or at least it has been until now. A fifth (or sixth, 1968 fans) chance to reach a final sounds underwhelming but two tournament semi-finals in a row is, really, the most consistent England have ever been. If we’ve learnt anything from these other semi-finals it’s that England shouldn’t score too early, they should practice penalties and they shouldn’t try and shut up shop in extra-time. We’ve also learnt that England have a 100% record when they’ve reached a final. One more step against Denmark on Wednesday and that perfect record can finally be put to the test again.