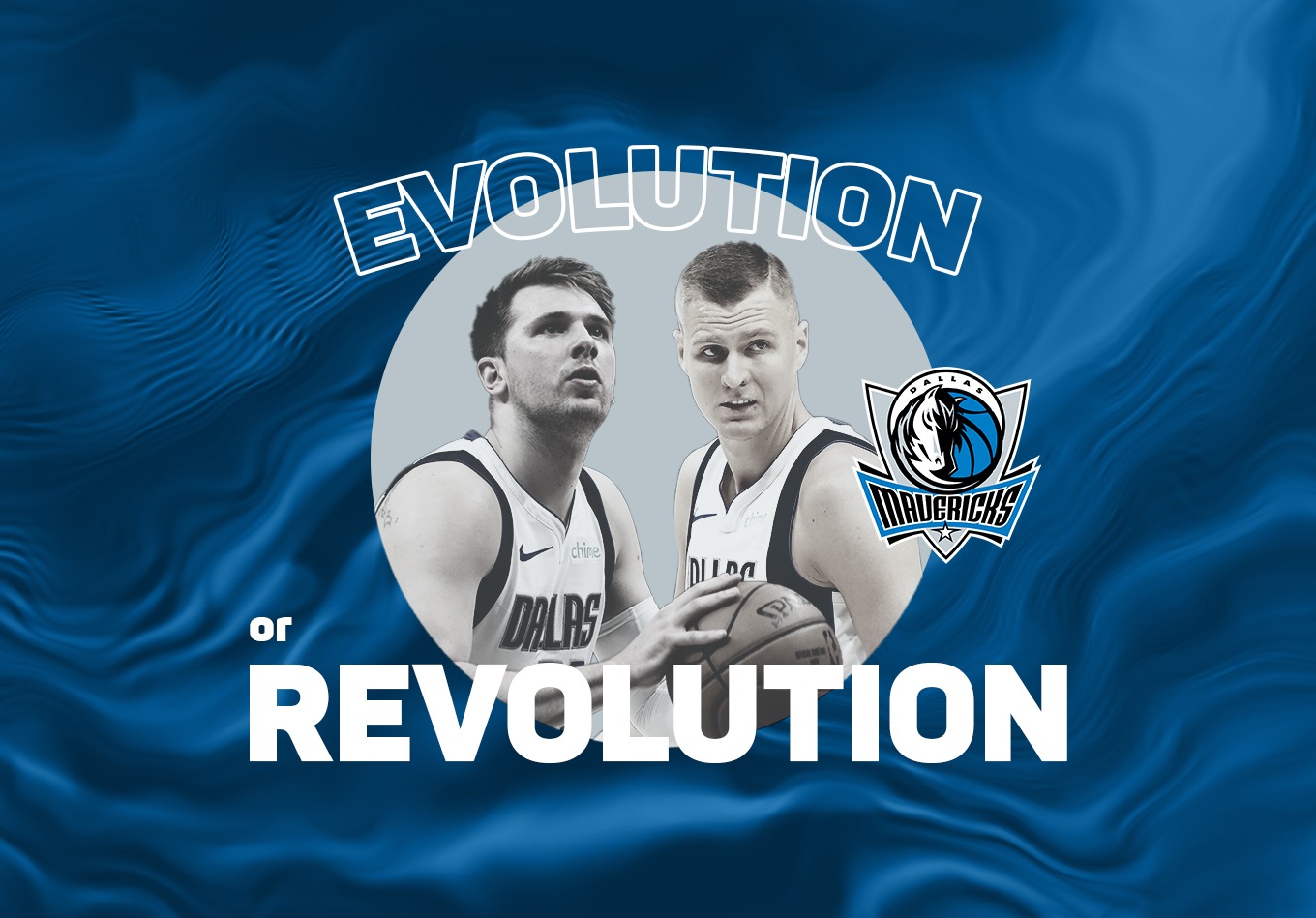 Can a Front Office Shakeup Revitalize the Mavericks?

Evolution or Revolution is a series that analyzes whether a team needs a few tweaks or a fundamental reboot. This edition focuses on whether the new regime in Dallas can successfully build around Luka Doncic.

A decade ago, the Dallas Mavericks stood atop the basketball world after Dirk Nowitzki, Jason Terry and company won the NBA Finals over a heavily favored Miami Heat team that featured LeBron James, Dwyane Wade and Chris Bosh in their first season together.

With the Heat dynasty clearly on the rise and with the Mavs fielding a veteran roster already, Dallas decided not to make an earnest title defense, letting defensive anchor Tyson Chandler sign with the New York Knicks.

The Mavericks have yet to win a playoff series since those 2011 NBA Finals.

Despite postseason appearances in six of the last 10 seasons and the acquisition of a generational talent in Luka Doncic, owner Mark Cuban decided a change needed to come in the 2021 offseason.

Gone is Donnie Nelson, who had been the team’s general manager since 2002 and was the architect of that title team a decade ago.

Also gone is longtime head coach Rick Carlisle, who had been in place since 2008 and amassed a record of 555-478. Nonetheless, Cuban decided to change things up. “The league has changed in the 21 years since I’ve been here,” Cuban said. “Players have changed. How you build a championship team has changed. Sometimes you just have to look to have a different toolset.”

Who Is in Charge?

Doncic and Nelson have a famously close relationship and the 22-year-old star was disappointed to see his longtime friend replaced by former Nike executive Nico Harrison as general manager.

While training with Slovenia in preparation for the Olympic Games, Doncic admitted he was less than thrilled by the move.

“It was kind of tough to me. I really like Donnie. I know him since I was a kid and he was the one that drafted me.

“It was tough for me seeing that, but I’m not the one making decisions there.”

This indicates that Cuban, who has long held the reputation as one of the most involved owners in American sports, was asserting his view of what the Mavs’ leadership team should look like.

Yet moving on from Carlisle, long considered a top-flight NBA coach, appears to be a move targeted at appeasing Doncic. The young star had openly shown his disapproval with some of Carlisle’s coaching decisions and substitution patterns, becoming increasingly prone to on-court displays of frustration.

Doncic may not quite wield the sway of someone like LeBron James, who has become the face of the “player empowerment era” in the NBA, but Cuban has wisely taken Doncic’s input into consideration.

And, as much as the hiring of a new leadership team represents a new era for the Mavs, Cuban is clearly trying to revive some of the magic of the 2011 squad. Jason Kidd was named the team’s next head coach earlier this summer, and the team announced that Dirk Nowitzki would begin a formal role as a front office advisor – two moves that also surround Doncic with mentors to help him progress into a champion.

Doncic’s career is off to an unprecedented start, and Dallas clearly intends to build around its multi-talented superstar well into the future. Doncic was the fastest in NBA history to reach 5,000 points, 1,500 rebounds and 1,500 assists, hitting those marks in 195 career games.

Doncic has also improved every season since entering the league in 2018. Already a triple-double machine, he posted career-high efficiency in 2020-21 by shooting 47.9 percent from the floor and 35.0 percent from 3-point range.

His game has started to mature, as well, especially as a scorer. Doncic is a child of the shot-efficiency era, and he has always gotten shots from the most efficient areas on the floor – at the rim, behind the 3-point line and at the free-throw line. Those shots remain valuable, but Doncic has a diversified arsenal of mid-range options by developing a variety of floaters and pull-ups. He shot 51.5 percent from mid-range last season – better than mid-range maestro Devin Booker (51.2%) – after shooting around 41 percent in his first two seasons.

This bodes well as an indicator of future success in the postseason when opponents’ defenses are geared toward taking away the most efficient shots.

Doncic’s numbers are virtually unassailable and make him almost a lock to win an MVP – if not more – at some point in his career. It can be hard to forget, though, that Doncic has only played three years in the NBA.

Giannis Antetokounmpo, although a less refined prospect when drafted, needed six seasons to win his first MVP and became a champion in his eighth season only after suffering heartbreaking losses, sanding away some rough edges in his game that made him vulnerable in the playoffs and evolving into a true leader.

Doncic’s numbers may remain steadily impressive over the coming years, but he can still grow and develop in subtle ways as he matures. Kidd, a dynamic triple-double threat in his own playing days, will be responsible for overseeing Doncic’s growth.

“My job is to give him answers to the test,” Kidd said of Doncic. “His imagination is at the highest level, which is a great thing to be a part of. I (as a young player) tried a lot of things, and I know I drove a lot of my coaches crazy. I won’t get mad because I’ve been in those shoes.”

Do the Pieces Fit?

With a .362 usage rate last season, Doncic shouldered the largest offensive burden of any player in the league.

Kidd has already said publicly that Doncic will need more help from his teammates going forward.

“Not having to bring the ball up every time and start the play,” Kidd said. “When you look at the fourth quarter, he wears down at times.” Further evidence that Doncic will need more help is that he has 40 points in five of his 13 career playoff games, yet the Mavericks are just 2-3 in those games. While it’s nowhere near the same as Michael Jordan doing it for 179 playoff games, it’s still impressive that the 22-year-old is the all-time leader in points per game in the playoffs thus far in his career.

Kristaps Porzingis has been tabbed as the No. 2 option in Dallas but could end up in trade rumors sooner rather than later after a flaccid playoff performance, averaging just 13.1 points and 5.4 rebounds per game.

Despite being largely considered a disappointment for not recapturing his peak form, Porzingis still plays an important role as a floor spacer on offense while defending bigger players. And while his numbers fall short of what is expected of a second option, his presence on the court makes Doncic better.

Porzingis spaces the floor and gives Doncic room to penetrate opposing defenses, allowing him to be more efficient while both scoring and assisting, while also shooting much better from any range with Porzingis on the court compared to when he sits.

Dallas’ depth got worse last offseason with a disastrous trade that sent Seth Curry to the Philadelphia 76ers for Josh Richardson, who has failed to live up to his reputation as a defender and who is yet to match his 17-4-4 averages from his breakout season with Miami in 2018-19.

After a disappointing regular season, Richardson played just 13.4 minutes per game in the Mavs’ first-round loss to the Los Angeles Clippers, averaging 4.9 points and shooting under 40 percent.

Curry, meanwhile, exploded in the postseason for Philadelphia, averaging 18.8 points and connecting on over half of his 3-pointers on 6.8 attempts per game.

Richardson also underperformed his defensive reputation, as the Mavericks allowed 113.0 points per 100 possessions with him on the court last season and only 107.7 with him on the bench.

Richardson appears to be a failed experiment, and Dallas will need to look elsewhere to find something resembling a third star.

The organization has already undergone a massive transformation by ousting their longtime general manager and head coach in favor of a new direction, so it is fair to say that anything resembling a “revolution” has already taken place in the front office.

The Mavericks’ roster is far from a finished product, however, and Harrison will need to hit the ground running in his first general manager job. Dallas does not own the rights to any of its picks in the upcoming NBA draft, so he will have to look elsewhere to upgrade the roster around his young superstar.

The postseason failures and frequent injuries of Porzingis could lead the Mavs to the trade market, but opposing teams have also seen those weaknesses and have adjusted their assessments of him as well. Dallas may be better served by displaying some patience with a player who is still only 25 and has averaged over 20 points per game in three straight campaigns.

Milwaukee’s 2021 title demonstrated that teams can still build patiently while developing players and Dallas may be one acquisition away – as the Bucks were with Jrue Holiday – from becoming contenders once again.