Major Implications: Rahm, Oosty and Other FRACAS Projections for the Open Championship | The Analyst 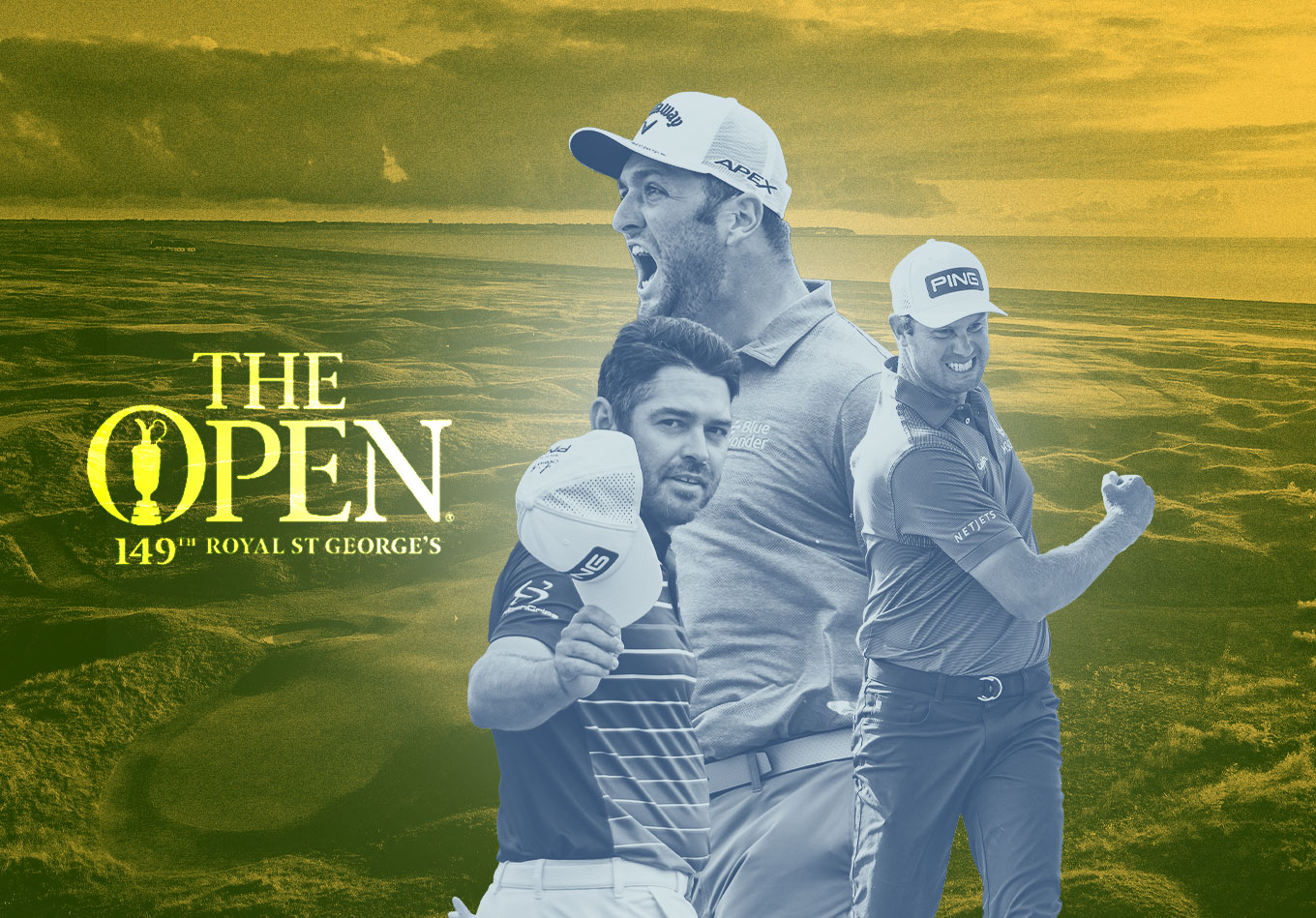 Major Implications: Rahm, Oosty and Other FRACAS Projections for the Open Championship

We’re using the advanced FRACAS model to project the winner, top value plays and best fantasy picks ahead of this weekend’s major at Royal St. George’s.

With a major on the horizon, there was a lot on the line for most golfers last week.

Lucas Glover won the John Deere, moving up 61 spots to 49th in the world, per FRACAS. Min Woo Lee came out on top of a strong field at the Scottish Open, jumping 110 spots to crack the top 100. Marcel Siem, after missing out on an Open Championship spot with a fifth-place finish in last week’s Challenge Tour event, won Le Vaudreuil Golf Challenge in France to jump up 134 spots to 96th in the world. Siem has had a few high spots in the last couple of years, but this victory marked his first since 2014.

Some non-winners who had major moves in the top 100 were Thomas Detry, who moved up 78 spots to 65th in the world, Ryan Palmer, who ended a cold streak by tying for fourth in Scotland to jump 63 spots back into the top 100, and Kevin Na jumped 66 spots to 69th in the world.

The final major of the season is hosted by Royal St. George’s in Sandwich, England. A par-70 course at a little over 7,200 yards, what it lacks in length it makes up for in difficulty.

In fact, it’s one of the most difficult courses in the world. Hosting almost exclusively Open Championships, the best players in the world play the course to an average of higher than 3-over par. The course has one hole that plays under par – the par-5 seventh. It yields bundles of birdies and a few eagles and is one of the only opportunities on the course for scoring. Players will spend the rest of their round fighting to save par or steal birdie where available, while also trying to avoid the potentially huge numbers that lurk all over. The bunkers are deep, the rough is brutal, and it’s a true test of both golfing skill and temperament.

Difficulty is something we’ll hear a lot about this week, and it’s where we’re starting for our player evaluation. All 12 par 4s are categorized as difficult by our hole clustering. Five of them qualify as short/difficult and seven of them as long/difficult. As we’ll see later, this type of course allows for massive FRACAS adjustments based on hole type. Players like Louis Oosthuizen who excel on difficult holes get a massive bump, and players like Sergio Garcia who play better when conditions are easy get a big downgrade.

What often comes with difficulty is variability. Royal St. George’s offers plenty of opportunity for players to shoot themselves out of contention in a hurry. The few tournaments we’ve featured have had a total variance around 7.5 strokes, but Royal St. George’s has a variance of almost 9.0 strokes. While this makes it more likely for a single player to run away with the lead, it also offers an opportunity for players who have one bad round to make up ground in a hurry. Shooting an under-par round gains a golfer five or more strokes on the field.

The field is predictably strong with almost all of the top players in attendance. There has been a slew of withdrawals due to either COVID or COVID restrictions, knocking out a few top players, but for the most part, this field is as strong as ever. The cut rule is a little different than usual, with top 70 and ties making the cut.

Jon Rahm has been an absolute monster over the past month (see below) and a half and while Royal St. George’s doesn’t give him any sort of meaningful FRACAS boost, it certainly doesn’t hurt him either.

No, we are not just recycling our U.S. Open picks, but we love Louis Oosthuizen this week. Louis has been playing great golf and his game is built for courses like Royal St. George’s.

He’s a great example of how FRACAS uses course design to adjust projected strokes gained. Oosthuizen’s baseline FRACAS value is 2.465 strokes above average, but at Royal St. George’s it jumps up to 3.034 strokes. If he was playing in the Barbasol this week it would be 2.093. Why such a drastic difference? FRACAS combines long-term hole-type baselines with recent form. Long term, Oosthuizen plays his best golf when things are tough. Pair that with his strong recent form and you have a recipe for success.

In this field, Louis is projected to score second best on both the short/difficult par 4s and the long/difficult par 4s, which is 66% of the course. If he can stay out of trouble on the difficult par 3s, where he’s projected to score 47th best in the field, it could be a final round replay of the U.S. Open where Rahm and Oosthuizen took it down to the wire. In the consensus markets, Oosthuizen can be found at 29-1, but our model puts his odds at just better than 20-1.

Paul Casey’s putting woes are well-documented and there is always a chance he takes himself out of the tournament with brutal putting, but his ball-striking has been fantastic.

With greens at a premium at Royal St. George’s, Casey’s irons could gain him a half dozen strokes on the field – particularly on the short/difficult par 4s. Casey is projected to score the best in the field on such holes and he can stick it close and steal some birdies where others are fighting for par.

While he had a disappointing finish his last time out at the Travelers, his form is excellent and the course fit is there. Our model puts Casey at 24-1 to win the tournament, a good value over the 36-1 we see in the consensus.

Harris English is coming off a third-place finish in the U.S. Open and a win at the Travelers. And his rolling FRACAS chart (below) reveals that his recent success hasn’t exactly come from nowhere.

English was a top-15 player in the world from the end of 2020 to the start of 2021 but really fell off a cliff starting in February. It was later revealed he was battling an injury and says he’s since recovered. His short game remains spectacular, averaging almost five strokes gained on and around the greens in his last five tournaments and his ball-striking is rounding back into form.

The course is a great fit – giving English a quarter of a stroke boost – led by his spectacular performances on long/difficult par 4s and difficult par 3s. He’s an excellent bogey-avoider, which is key for this course. Our model has English at about 34-1, a strong value from the 63-1 we see in the consensus.

Beyond 100-1, there are four golfers we find some value in: Russell Henley, Brian Harman, Jason Kokrak and Talor Gooch.

Of the four, Henley gets the biggest course boost in the field. He has his best performances when things are difficult and is a fairway-finder who will lose some distance off the tee, but putting the ball into play goes a long way at Royal St. George’s.

Henley’s short game is hit or miss and like Casey, he can putt his way out of the tournament. But his ball-striking is excellent and he should find himself with putts for birdie while others are still trying to get on the green. We have Henley at 56-1 to win, while the consensus odds have him at 114-1.

Yep, there’s only one golfer in this range we like. Rory McIlroy and Dustin Johnson just aren’t in great form right now, and while Brooks Kopeka is always a threat to win a major, we don’t see this as a great course fit for him. Pair that with a projected ownership above 20%, and we’re happy to roll with Jon Rahm and Jon Rahm alone.

There are many more options in this range, where we find a couple of former Open champs and two debutants who are already among the best players in the world. There’s always concern about both Collin Morikawa and Viktor Hovland around the greens, but the ball-striking for both is excellent and we expect both to play well this week.

This is kind of a dead range for us. We’ve already discussed our love for Paul Casey, and while we like both Patrick Cantlay and Patrick Reed, their ownership projections are just a touch too high for us to see real value in those picks.

Here’s where we start to get a lot to choose from. Harris English and Matthew Fitzpatrick are projected to be highly owned, but the model likes them enough to override the ownership. Max Homa is a golfer who should do well here despite his horrific performances in majors and could be less than 2% owned.

No clue why Sam Burns is only $6,300, but he is our strongest outright value in this range. Taking ownership into account, our best plays are Talor Gooch and Marcel Siem. Neither should be more than 3% owned and we have Gooch finishing in the top 10% of fantasy points 17.4% of the time and Siem 13.6% of the time. Great value for players who will save you some salary and differentiate your lineup from everyone else.