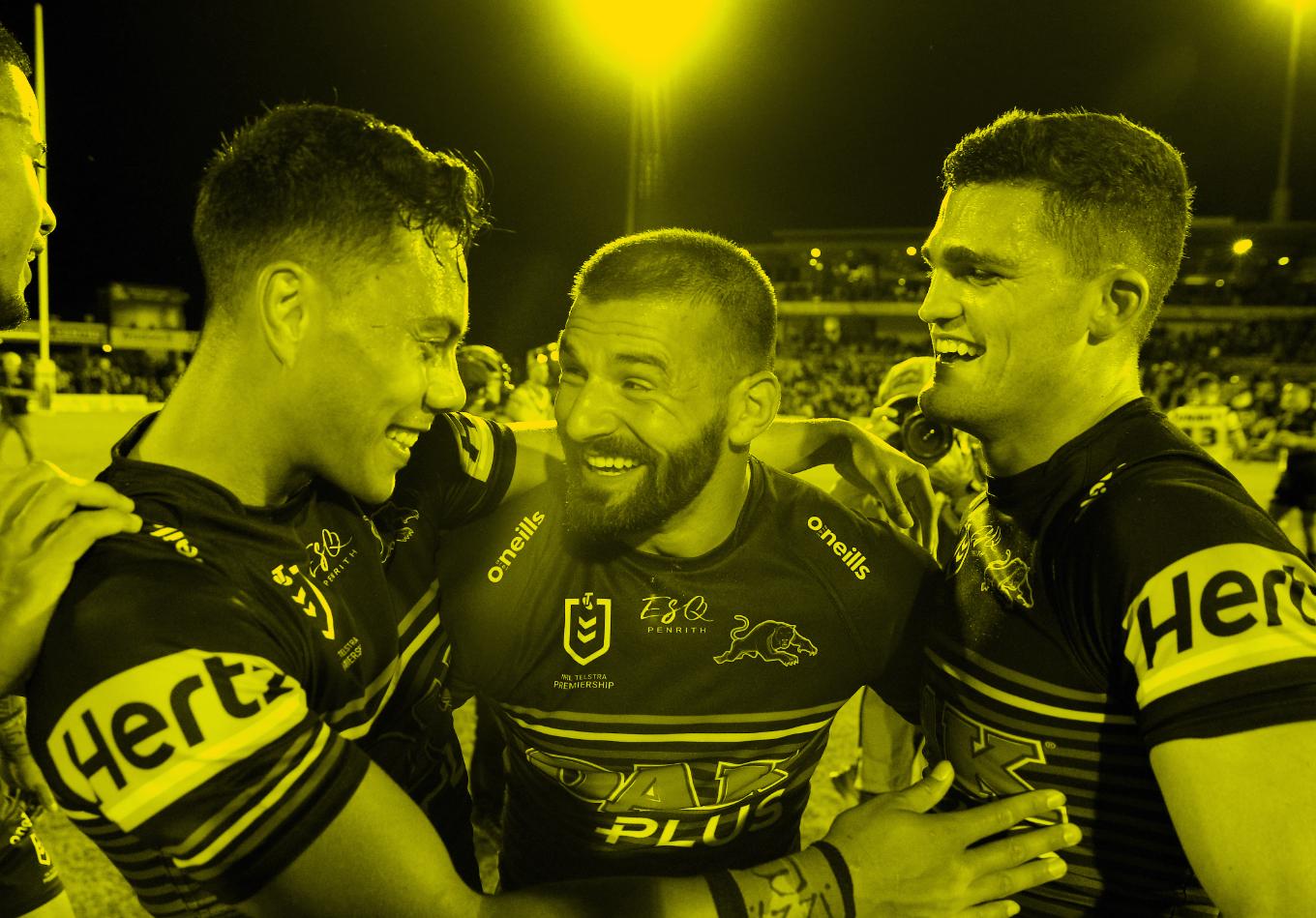 State of Origin ventures farther north in Australia than ever before when Game 1 of the 2021 series kicks off in Townsville on June 9, and it is a fresh set of faces that are set to write this newest chapter of rugby league’s most intense rivalry.

Leading the young New South Wales charges around the park will be Penrith Panthers’ halves duo Nathan Cleary and Jarome Luai, who have been integral to the Panthers’ unbeaten start after 12 games of the 2021 National Rugby League season. Their club combination has been phenomenal and New South Wales must stick with them throughout the entire 2021 State of Origin series to give themselves the best chance of success and prove that they really are in the hunt for a new dynasty.

Let’s look at the history of club combinations in the halves in State of Origin and analyse why Cleary and Luai’s longevity in the positions is vital to fostering the consistency and quality required for prolonged State of Origin success.

It is not the first time that an all-Penrith approach to the halves has cut the mustard in State of Origin. Cleary and Luai will become the third Penrith halves pairing after Cleary and James Maloney played four games together across 2018 and 2019 and Greg Alexander and Chris Mortimer combined for Game 2 of the 1989 series – all those players donning the sky blue of New South Wales.

Overall, only the Sydney Roosters (four) have had more halves pairings play together at State of Origin level for New South Wales than the Penrith Panthers, while the Brisbane Broncos have provided five different combinations of halves to Queensland campaigns. The experiment has been more successful for New South Wales, too. The Blues have won 57% of games with halves from the same team in State of Origin history, while Queensland have won only 45%.

On the supply side it’s the Parramatta Eels (86% win rate) who have provided the most successful halves pairings to the Origin arena, thanks to a dominant period in the mid-1980s from Peter Sterling and Brett Kenny, but also a one-game wonder combination of John Simon and Jim Dymock in 1997.

The Penrith Panthers’ partnerships have landed a 60% win rate at the State of Origin level. This jumps to 75% if we don’t include Greg Alexander and Chris Mortimer’s one-game effort in 1989.

Cleary and Luai will be looking to improve that win rate for the Penrith Panthers representatives and their NRL form suggests they have every chance of making that happen. Luai (14) and Cleary (12) have made the most and joint second-most try assists respectively of any players this NRL season and boast impressive kicking games in the competition to boot.

Nathan Cleary has commanded his long kicking game like few others this season. He has made 17 long kicks finding space, second only to Daly Cherry-Evans (20) in this NRL campaign – who will be his half-back opponent in Game 1.

If they have not been able to create tries with their attacking kicks Cleary and Luai have still managed a reliably positive result. Cleary (11) and Luai (10) have each reached double digits in line drop outs forced with kicks this season, while no other player in the competition has managed more than eight.

We can see where the strength of the 2021 Penrith Panthers’ halves lies. But what areas did previous club halves pairings succeed in? Let’s look back at some of the more established duos.

We look exclusively at combinations which lasted the three-game stretch across the series since the NRL era began in 1998. While it has happened only three times in the last 17 series, it has historically been a key to success for both New South Wales and Queensland. Only one of the last five times that either side has used two halves from the same club team throughout the whole series have they gone on to lose that series (W3, D1), with New South Wales’s last two attempts ending in success.

Cleary and Maloney – much like they were at Penrith – are the predecessors of the incoming Cleary-Luai combination among same-team representatives, and their attacking gel is something we should expect to see continue. While neither managed to score a try of their own and they made just one line break between them, Cleary and Maloney logged a combined five assists in the three-game series in 2018 – an impressive figure given the often low-scoring nature of State of Origin contests.

Their kicking game was key, too. The pair logged over 1,500 kick metres between them which is a significant improvement on any of the previous combinations. Cleary has surpassed 500 kick metres in a game on six occasions already in the 2021 NRL season – more than any other player – and his long kicking game out of his own territory will mean New South Wales are never truly in trouble coming out of their own end.

The Story Lives On

Cleary and Luai have a history of winning. The pair steered Penrith to back-to-back Under 20’s Grand Finals in 2015 and 2016, lifting the trophy in 2015 after defeating the Manly-Warringah Sea Eagles, and have since come up through the ranks together to combine for the most potent halves duo in the NRL in 2021. The next stage for them to take their tango to is State of Origin and this week we will find out just how big of a mark they are going to leave for themselves in the rugby league history books.