Who is Patson Daka? And Is he Leicester’s Long-Term Heir to Vardy? 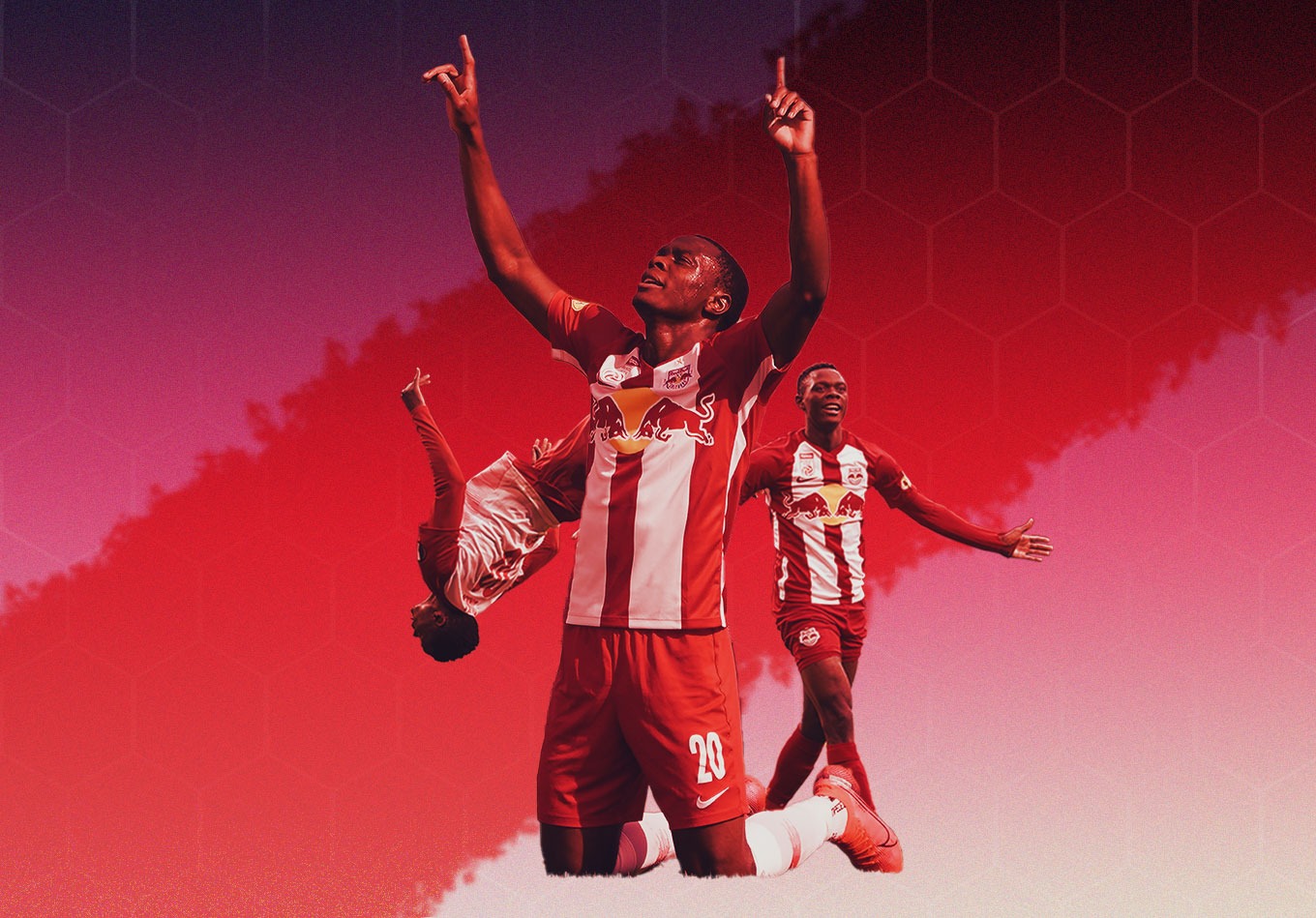 Erling Haaland, Sadio Mané, Naby Keïta, Dayot Upamecano and Dominik Szoboszlai are just a few of the talents that have developed at Red Bull Salzburg before moving on ‘bigger’ clubs. Patson Daka is the latest prodigy to make the leap from the Austrian Bundesliga to the Premier League, joining Leicester City for a reported £23m. Brendan Rodgers’ side will be hoping the Zambian international will prove his impressive numbers from his time in Salzburg – where he scored 27 goals in 28 Bundesliga appearances in 2020-21 – are not just a flash in the pan.

Aged 22, he is expected to become the successor to Jamie Vardy, who is more than eleven years his senior. But who is Daka and does he really have the tools to become the long-term heir to Vardy?

In January 2017, Daka moved from Zambian club Kafue Celtic on loan to Salzburg’s feeder team FC Liefering, where he gained his first experience in the Austrian second tier, scoring two goals in nine games. Even then, despite his inexperience, he flashed his extraordinary talent, and his performances earned him a permanent move to Red Bull Salzburg in the summer of 2017, who promptly then loaned him straight back to their feeder club. It was not until 2018-19 that he became a permanent member of Salzburg’s squad, but since then he has shown rapid development.

Daka’s numbers speak volumes. In the previous Austrian Bundesliga season, he was directly involved in 31 goals in 28 games (27 goals, four assists), finding the net in every 73 minutes of action. He had an incredible nine-goal lead over the second-placed scorers, Dejan Joveljić and Nikolai Baden Frederiksen.

Daka in the Austrian Bundesliga By Season:

As Threatening as Vardy

In addition to his goal scoring ability, what stands out is Daka’s skill for getting into great shooting positions. We can use expected goals (xG) to demonstrate this. Last season, his xG value per 90 minutes stood at an incredible 1.11, a figure only surpassed by his teammate Sekou Koita (1.34).

The xG per 90 leader in the Premier League last season was none other than his new teammate Vardy (0.63). Vardy, like Daka, knows how to put himself in the best possible position to score goals. Both had a 0.24 xG per shot value in 2020-21. Simply put, the pair would’ve been expected to score with roughly one in every four shots.

To be fair, Vardy scored eight of his 15 goals from the penalty spot whereas Daka only scored one. That makes Daka’s xG per shot value number even more impressive. And while Vardy underperformed his xG total by nearly five goals (15 goals, xG: 19.9), Daka scored nearly three more than would have been expected (27 goals, xG: 24.1). Yeah, he had a hot season.

Both Daka and Vardy ‘live’ in the opposition penalty area. Daka had 19% of his touches in the opposition’s box last season and Vardy had 23%: both were league highs in their respective competitions when looking at players to appear at least 20 times.

No other player in the Austrian Bundesliga came close to matching Daka’s 25 direct goal involvements – the number of unique goal-ending sequences in open play where the player’s only involvement was that they scored the goal. We can flip that the other way – Daka was involved in the build-up of only one of his 27 goals in 2020-21. This proves that he lurks and gets into the right areas when it matters. He’s a typical penalty-box striker.

But his lightning pace also means he is very useful in the transitional part of the game. He scored four goals from fast breaks in 2020-21, the same number as Leicester did as a whole team, and the joint-highest value in the Austrian Bundesliga. He’ll undoubtedly bring a fresh dynamic to Leicester’s already strong attacking game.

Moving to the Big Stage

Daka made his first major impression at international level on Nov. 27, 2019 against Genk, when he became the first Zambian scorer in Champions League history. But that remains his only goal in the Champions League (in 10 appearances), where the calibre of opposition is a lot higher than in Austria.

At Leicester, who will be competing in the Europa League in 2021-22, he will now have to adapt to the level of the Premier League. His story has many parallels with that of Sadio Mané, who moved from Salzburg to Southampton in the summer of 2014, also at the age of 22, and also after strong performances in Austria. Every football fan knows where Mané stands today, so let’s hope that Daka can follow a similar trajectory.