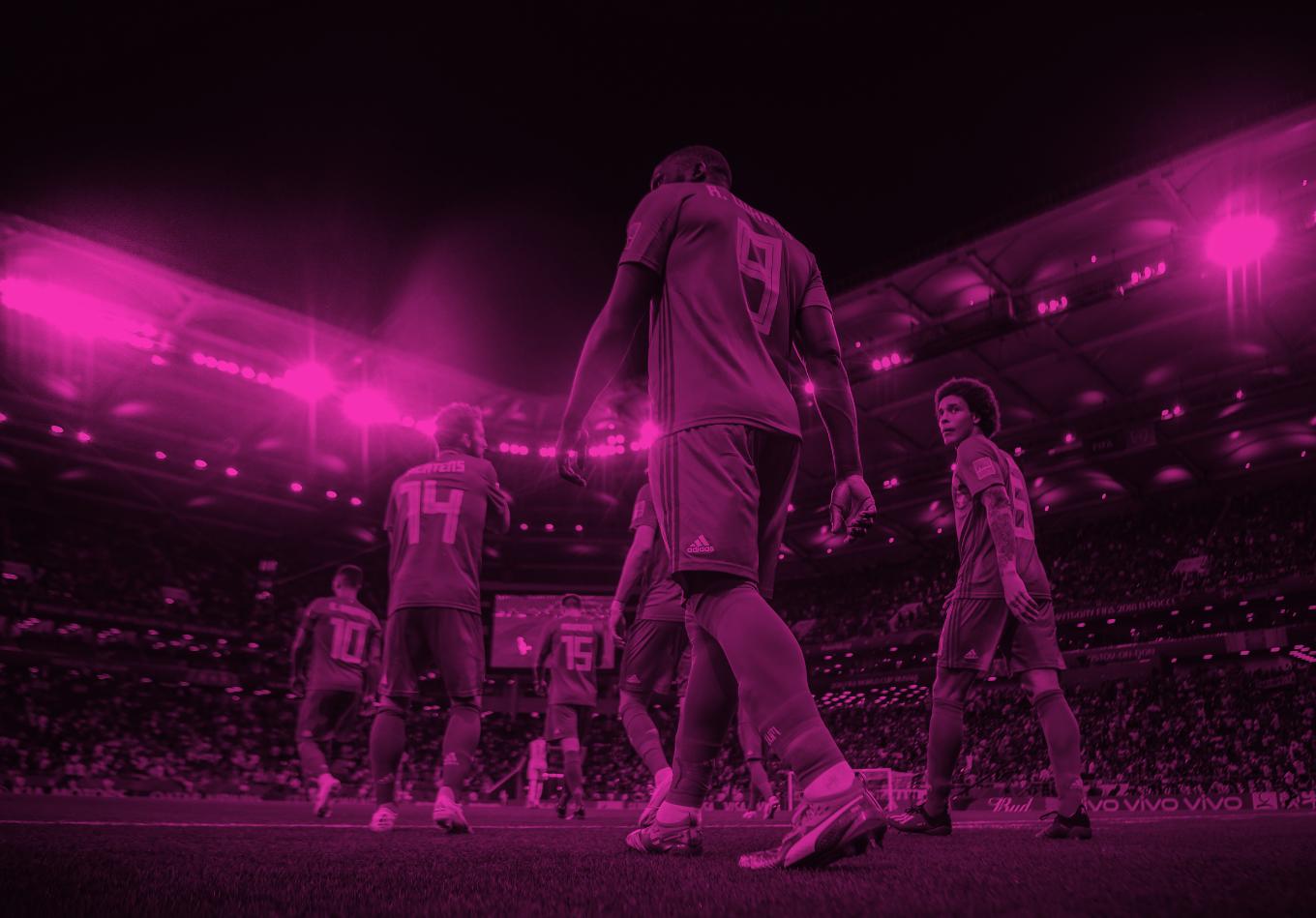 For close to a decade now, Belgium’s conveyor belt of talent has been consistently rolling out some of the globe’s best prospective players. Yet until 2018, they flattered to deceive. But under the guidance of Roberto Martínez in Russia, Belgium achieved their best ever World Cup finish of third, and their best major tournament performance since Euro 1980 where they finished second.

Belgium enjoyed a dominant qualifying campaign. With 10 wins from 10, something only Italy also managed, they finished as top scorers (40 goals) and the team to concede the joint-fewest goals (three). As a result, they’ve naturally been installed as one of the favourites for Euro 2020. Indeed, the Stats Perform Euro 2020 prediction model ranks Belgium second overall behind France (20.5%) with a 15.7% chance of securing that all-elusive first major trophy.

Belgium have reached the quarter-finals in the last three tournaments, something only current World Cup holders France can also claim amongst European nations. The model predicts that Belgium have a 63.9% chance of making that stage once again. The group shouldn’t be too much of a concern for Belgium, with a 95.4% chance of progression according to the model and 63.5% chance of finishing top of Group B.

Expectations of course are high for the team that have been sat atop the FIFA World Rankings since September 2018. And perhaps the fear of failing to meet those lofty aspirations of the ‘Golden Generation’ tag started to trickle into the performance against Greece, as a makeshift side could only labour to a 1-1 draw at home.

Without arguably the two talismen of their squad in Eden Hazard and Kevin De Bruyne due to injury, Belgium mustered just seven shots in last week’s friendly against the Greeks, with just two shots (and none on target) in the second half.

Only in Martínez’s first game in charge against Spain in September 2016 (three shots) have Belgium had fewer shots in a game under the Spaniard than those seven against Greece. Of greater concern to the head coach will be the fact that five of his six lowest shot totals in matches have all been since the start of this season. The majority of these have come in international friendlies when Martínez has given a chance to other players to make an impression but if anything it may have strengthened the lock the first XI have on selection.

Romelu Lukaku, off the back a fantastic season for Inter, cut a frustrated figure in his 45 minutes on the field in the first-half against Greece, managing only five touches with two shots and as many offsides. That suggests the service just wasn’t there on the night for him.

In Sunday’s contest against Croatia however, Lukaku looked at his absolute best, firing in six efforts on goal and driving the attack almost by himself in some cases.

As we outlined in our 20 Players to Watch at Euro 2020 series, Lukaku enters the tournament in the form of his life. His 24 Serie A goals this season was the second-highest league goal tally in his career, after 25 goals in his final season at Everton in 2016-17. But the underlying numbers suggest he’s been able to find positions to make himself even more threatening than before:

In the 1-0 win, Lukaku scored his 60th goal for his country (including a hat trick against Luxembourg in a friendly not recognised by FIFA), and only two players (Cristiano Ronaldo with 103 and Robert Lewandowski with 66) across the squads at Euro 2020 have scored more international goals than Belgium’s all-time top marksman.

The overall performance against World Cup 2018 runners-up Croatia will certainly give Martínez reason to believe Belgium have found their rhythm and intensity required for a tournament, but there is certainly some work still required in finishing chances based on the Croatia match.

Eden Hazard made a cameo in the Croatia friendly, his first international appearance since November 2019, and should he manage to replicate his performances in qualifying it will be a big boost to the team. Hazard managed to provide seven assists for his teammates, the joint-most by any player in qualification, one more than he delivered in an injury-plagued two seasons with Real Madrid. Perhaps playing with the national team might prove to be a welcome summer distraction from his ongoing frustration at club level.

Kevin De Bruyne however will likely miss the opening match of the tournament due to the injury he sustained in the Champions League Final, which is clearly a huge hole in Belgium’s midfield in terms of creativity. De Bruyne provided six assists in qualifying himself, only one fewer than Hazard. Since Martínez was appointed in 2016, Hazard and De Bruyne both have 17 assists for the national team, the most of any player in that time, and if neither are at their best, you imagine Belgium’s chances will diminish.

Despite some question marks looming over the squad, it hasn’t really affected results. Belgium have lost just one of their last 23 games under Martínez (W19 D3), a 2-1 defeat to England in October 2020’s Nations League clash, so they come into the tournament knowing that their status among the elite is justified.

The core of the squad have played alongside one another for several years at this point. Belgium have four players with 100+ caps in their squad: Jan Vertonghen (126), Axel Witsel (110), Toby Alderweireld (108) and Hazard (106). They are the leading four male appearance makers for the country with Dries Mertens fifth overall on 97. No other team at the tournament has more than three players with 100+ caps.

With this experience at Martínez’s disposal, will Belgium’s pedigree finally show through on the biggest stage? Or are they more akin to England at the 2010 World Cup: a golden generation too old to cope with younger rivals.