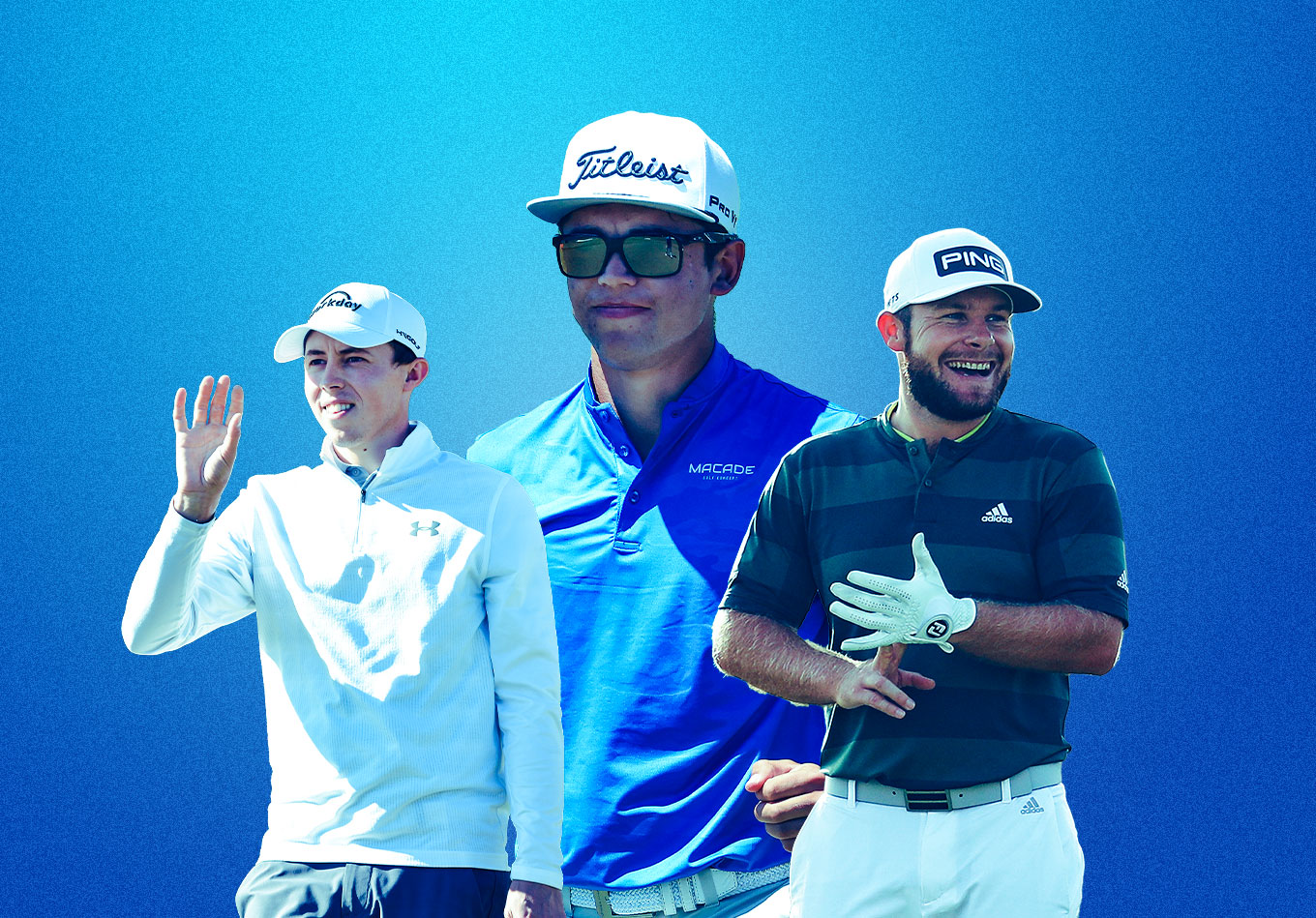 We’re using the advanced FRACAS model to project the winner, best value picks and top fantasy plays ahead of this weekend’s showdown in South Carolina.

It was quite the weekend at Muirfield Village.

Jon Rahm’s forced withdrawal with a six-shot lead sent shockwaves through the sport, while Patrick Cantlay and Collin Morikawa provided fireworks down the stretch with Rahm removed. FRACAS still uses Rahm’s three rounds in its ranking system, and his performance was dominant enough to reclaim the top spot in the world.

Cantlay is back from his bout of missed cuts and jumped 20 spots to move back into the top 15, while Morikawa continued his strong play and moved five spots up to No. 3 in the world.

There were other big movers around the world, including Rickie Fowler, who skyrocketed back into the top 100 by tying for 11th at the Memorial. In Japan, Ryosuke Kinoshita had a dominant victory and now sits just outside of the top 100 at 106th. Marcus Armitage won the Porsche European Open, locking up a spot in the U.S. Open and moving up to 100th in the world.

On the Korn Ferry Tour, Mito Pereira won a playoff over Stephen Jaeger, moving up 64 spots to 169th in the world and virtually locking up his graduation to the PGA Tour in 2022. The 26-year-old Pereira would join Joaquin Niemann as the only full-time PGA Tour players representing Chile.

The Palmetto Championship, which is a replacement for the RBC Canadian Open, takes us back to South Carolina and gives us an introduction to Congaree Golf Club.

Congaree was built in 2017 under the direction of Tom Fazio and shows a lot of similarities to Kiawah Island. There is no rough on the course, but like Kiawah, the course is lined with waste areas and water. Also, like Kiawah, it’s an extremely long golf course, playing up to 7,655 yards at only a par 71. It will almost certainly play significantly shorter, but the design gives the superintendent a lot to work with in terms of tee boxes and pin positions.

The course starts with what we can guess are some relatively easy holes. The first five holes contain two par 5s, two par 4s under 435 yards, and a short par 3, but after the handshake, the course starts to bare its teeth. Holes six, eight, and nine are par 4s over 500 yards, including a 540-yard monster that’s a converted par 5. Because it’s converted, it would not be a shock to see it shortened to a more manageable length, but it would be fun to see it played at the full 540 yards.

The back nine starts where the front nine left off, with two more long par 4s, two par 3s playing over 200 yards, and a long par 5. Golfers will be grasping for whatever they can get after the middle stretch of this golf course, but Congaree finishes with a friendlier stretch of holes. The final four holes are all short or medium in length, though how they will play remains to be seen. Fazio built in a number of doglegs to the closing stretch, which can offer some risk/reward opportunities coming into the clubhouse.

While we don’t have historical data for the course, we can make a reasonable assumption on how the scoring will be based on the length of the course. There are birdies to be had at the start and finish, but the middle stretch will likely force the course to play slightly over par.

The field for the Palmetto Championship leaves a lot to be desired. The top is seriously strong, with top golfers Matt Fitzpatrick, Tyrrell Hatton, Dustin Johnson, and Brooks Koepka all teeing it up to get ready for the U.S. Open. This group represents about 40% of our projected win percentages, and the drop-off after this group is fairly steep.

There are 156 golfers in the field, which, as we’ve seen in the past, skews the win projections towards the cream of the crop. We have just 16 players with a 75% or greater chance of making the cut. There’s so much variability in a field like this that it is tough to find any value outside of the top 20 players. There’s a 30% chance the winner comes from outside of the top 13 golfers, but no one in that group is over 1.3%. At 30%, a longshot winner is fairly likely, but picking that longshot is a tall task, and one the model finds futile. All this is to say that our value lies at the top of the board. In fact, our biggest value of the week is also our pick to win.

Matt Fitzpatrick has had some disappointing tournaments of late, but none of his results are too concerning. He missed the cut on the number twice in his last three tournaments and was staring at a top-five finish in the PGA Championship before triple-bogeying the par-3 17th. He’s been darned consistent over the past year and a half, and with a weaker field and a course that will likely suit his strengths, Fitzpatrick’s first PGA Tour win could come at Congaree.

Tyrrell Hatton is another Englishman with a chance to shine at Congaree despite being stuck in neutral for a while now. He’s been consistent with mediocre finishes tournament-to-tournament, but wildly inconsistent within tournaments. His FRACAS chart tells the story through the rapid peaks and valleys of his last 500 holes. Hatton’s been unable to string together four straight rounds of his best golf, or even four straight rounds of decent golf. Inevitably, one round will be three or four strokes under field average, which is too much ground to make up over the other three rounds.

Digging into the data a little more, it’s his short game that has let him down. He’s been putting below his career standards, and his around-the-green game has been wildly inconsistent. However, the sand is an area where Hatton’s short game comes to life, and on a course where there is no rough and a TON of sand, this could be the spot for him to stop running in place.

Garrick Higgo is a 22-year-old South African who is absolutely on fire right now. The end of 2020 and the beginning of 2021 were a rough period for Higgo, but he’s really opened the valve since April. In that span, he’s finishing tied for fourth, first, tied for eighth, first, and 64th in his American debut at the PGA Championship. During that span, he’s gained almost a full two strokes gained per round, per FRACAS. That’s the same as the difference between Rory McIlroy and Patrick Rodgers.

Now with his legs under him here in the U.S., this field is the perfect opportunity for Higgo to find his first PGA top finish. A win may be asking a bit too much from the young South African, but he’s a consistent winner abroad and this field is weak enough that he could find himself in the driver’s seat on Sunday. Our model points to him having about a 21-1 chance to win this week, a strong value over the market’s 39-1.

We’re introducing a new DraftKings methodology this week. We’ve moved platforms with our simulator, which has allowed us to expand on what we can simulate. The big change as it relates to DraftKings scoring is we are now evaluating players at the percentage of time they appear in the top 10% of DraftKings in our simulations, while also setting a floor on which players qualify. Additionally, we’re comparing expected times in the top 10 vs. expected, relative to salary, in order to pick which players we are interested in.

All four golfers in the top four are also our top four projected fantasy golfers. In this case, we’re picking Fitz and Hatton because their projections to salary are simply better than Dustin Johnson’s and Brooks Koepka’s. Really, you can’t go wrong with any of them, but these are the two we’re using.

Ian Poulter and Higgo are our preferred plays from this set. Tommy Fleetwood was our last man in.

Lucas Glover, Alex Noren, and Harold Varner III are all likely to be highly owned, and for good reason. They’re all playing great golf at the moment and are priced around some golfers we find to be far inferior to these three. C.T. Pan is a solid pivot play.

Richy Werenski, Nick Taylor and Adam Schenk are our favorites in this range. With the weaker field, it can actually be easier to find good value at the lower levels, and we love this group relative to the other golfers in their range.

Three low-budget plays this week, and none better than Chase Seiffert, who we think is $500 or $600 underpriced.