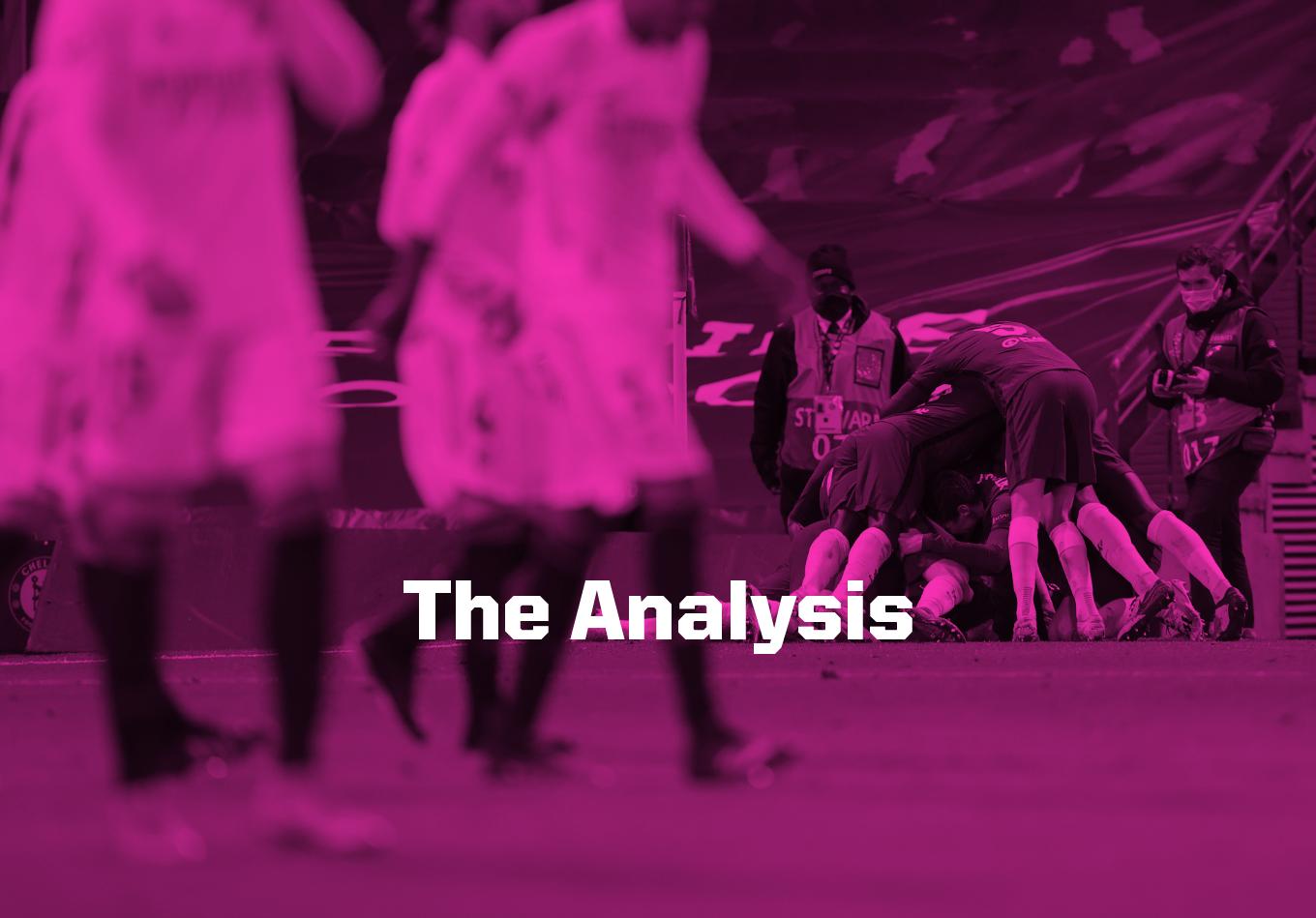 This Week So Far: Full English

Dominance at the Bridge

Anticipating the worst outcome is a large part of being a football fan, and it was no surprise to see Chelsea fans showing classic fear during their club’s game with Real Madrid on Wednesday. Ostensibly a Champions League semi-final at home to the most successful team the competition has ever seen is a terrifying prospect, but at no point did Thomas Tuchel’s team look even slightly perturbed about their job.

An early Timo Werner goal was ruled out for offside, then the German headed home from approximately 12cm in the 28th minute to give his side a 2-1 lead on aggregate. Would this spur a response from Zinedine Zidane’s rusty giants? Not really, no. Instead, Chelsea would spend the rest of the game creating high quality chances, and, apart from Mason Mount’s goal with five minutes to go, wasting them in increasingly entertaining fashion.

At this point in this sort of football match all fans have been pre-programmed to expect the sucker punch. It’s an undeniable fact of football that no team plays well, wastes chances and lives to tell the tale. Except… sometimes they do. It might have looked as if Real Madrid had something sneaky up their sleeves but their sleeves were as oddly empty as their socks were oddly black. Chelsea could have failed to score in this game and gone through on away goals. A 2-0 win was nice, but as it turned out, completely unnecessary.

What has changed is how we can assess this sort of game.

30 years ago: a match report that described just how much Chelsea had dominated. Never in doubt.

15 years ago: raw shooting metrics showing that Real had as many shots on target as Chelsea. Maybe this one was actually closer than it looked?

Now: the expected goals gap between Chelsea and the visitors was the highest ever recorded in a Champions League semi-final game. +3.47 for Tuchel’s team. An absolute masterclass (of build-up, if not finishing).

The fact that the Tottenham game at Ajax in 2019 is the second highest match is interesting as it goes to show that the drama of Spurs’ famous win was more about the comeback and when the goals went in than the Londoners overcoming incredible hardship. As always in football, chronology is king and now Chelsea have a big game in Istanbul to plan for. Maybe some shooting practice first?

“We’re Not Really Here” they say at Manchester City, and yet here they are. Pep Guardiola’s team eased into the Champions League final on Tuesday night after a performance in the second leg against PSG that was so controlled that, once again, a Mauricio Pochettino team was forced to get a little bit aggro.

In a season that saw six English teams try and form a European Super League, that’s now nine different clubs from that nation to have reached what is currently the biggest game in the continental season. The Big Six are now all represented at least once, with Leeds United, Nottingham Forest and Aston Villa completing the set. Pep Guardiola has the chance to win the Champions League without Lionel Messi in his team for the first time. Manchester City can become the first side to lose to Wycombe and Lincoln in the same season and 22 years later become the European Champions. All of these things seem like they should have happened more often, but no.

Discussing historical achievements in the Champions League/European Cup is problematic. For every history ultra who defends the notionally egalitarian but incredibly random set-up enjoyed by the likes of Forest and Villa back in the day there’s a narrative supremo who enjoys the annual heavyweight slugfests the latter stages of the modern competition tends to throw up. By beating PSG in the second leg, City became the first English club in the competition’s entire history to win seven games in succession. This from a club who didn’t win seven games in a row in any of their first 14 Premier League campaigns.

Further evidence of just how consistently good City have been this season is shown by the fact they are just a victory in the final away from equalling Real Madrid’s record of 12 Champions League wins in a single season, set in 2001-02. Sounds impressive, but this was the era of the Second Group Stage™ so by the time Zinedine Zidane inspired Real to the win in Glasgow, they were in their 17th game of the campaign. Bayern won 11 out of 11 last season but again in a different format, the competition concluding with a pandemic-tinged mini knockout tournament in Portugal last August. No, if there’s one thing we’ve learnt in the last few months it’s that the current Champions League format, introduced ahead of 2003-04, is a popular one. If City do win the final in Istanbul and rack up their 12th victory of the season, it will be a fitting tribute to a side who have slowly turned domestic strength into continental elan. And another reason to cherish the current structure of the European Cup. As Rocco Lampone said in The Godfather, it’s difficult, but not impossible.