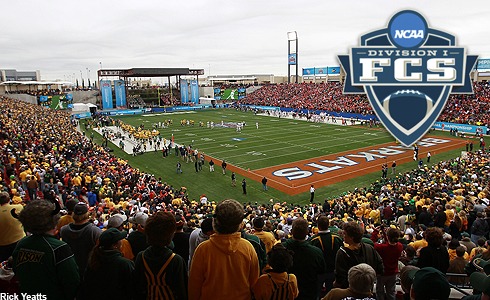 The most important matchup in Sunday’s FCS championship game figures to be waged along the line of scrimmage when South Dakota State has the ball.

Conversely, Sam Houston is allowing only 78.9 rushing yards per game, which ranks fifth among FCS teams that played more than two games, on just 2.2 yards per carry, which is second among those teams. Ugly playoff exits in recent years prompted the Bearkats to build their defensive line for playoff matchups against teams such as SDSU, with 6-1, 300-pound defensive tackle Joseph Wallace their run stuffer in the middle and defensive end Jahari Kay a first-team All-American.

“They really just get in your face,” Gronowski said. “Defensive line is just really great and really aggressive bunch. We’re just going to try to attack their aggressiveness.”

Said Kay: “As far as them running the ball, with the play-action behind it, it keeps us on our toes a lot.”

Top-seeded South Dakota State (8-1) lost to North Dakota in its only game in which it had more pass attempts than rush attempts, its 26 carries and 96 rushing yards season lows. In the last five seasons, the Jackrabbits are 43-7 with more than 100 rushing yards and 3-9 when below 100.

Sam Houston, the No. 2 playoff seed, hasn’t allowed an individual 100-yard rusher in 20 straight games since the 2019 season opener. The Bearkats (9-0) regularly get into the opposing backfield, dropping ball carriers 95 times behind the line of scrimmage.